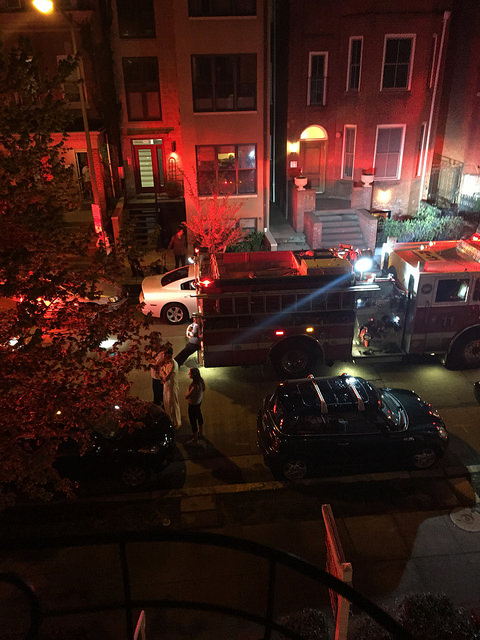 “There is a man who was screaming on the 1400 block of Harvard St NW. No one knows what he was screaming but multiple neighbors called the cops and one neighbor, who is a doctor, stabilized him. 911 hung up on my cousin who called to let them know there was a man unconscious on the street, then took 11 minutes for them to get here. I started directing traffic down the alley instead of through the people.”

Ed. Note: I think this is the actually 25th annual lighting. From a press release: “The holiday season is upon us once again and so is the 24th annual Norwegian…

Thanks to Molly for sending: “This is Indy, and she was spotted in Logan Circle. This sweet puppy is available for adoption through The Little Black Dog Rescue.” *This series…