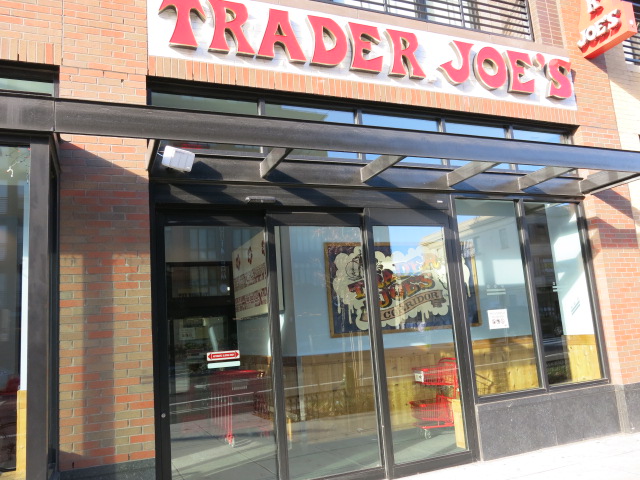 Back in April, when it opened, I asked about the hours of the Trader Joe’s on 14th and T. It has opened at 9am rather than 8am. As someone who lives near by I like to hop into a grocery store on my way to work for fruit, lunch, etc. Walking to work today I notice that the Trader Joe’s looked open and the sign on the door had the 9 removed but no new time list.

Sure enough I just looked at the website and it lists the hours as 8AM – 10PM. I spoke with a staffer; he said they started opening at 8am on January 2nd.”