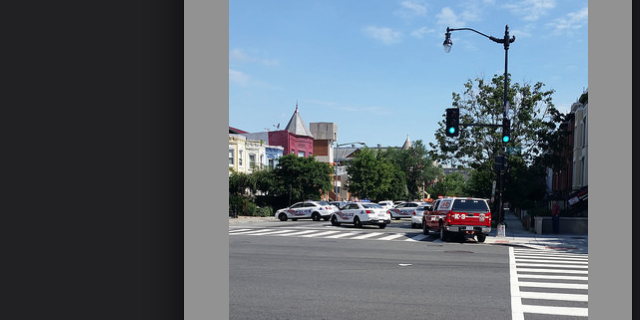 “The Metropolitan Police Department, Third District, are on the scene of Meridian Hill Charter School in the 2100 block of 13th St, NW, investigating a call for a possible shooting.

At this time nothing is found. We are investigating where the telephone call originated.”

“Reports of a shooting at a school in the 2100 block 13th Street NW are false. There is NO active shooter. – MPD PIO”

“The incident was resolved and no crime occurred.”

A reader sends the photo above and writes:

“Large police, fire and emergency presence on 13th Street NW from U Street up to at least W Street. Meridian Public Charter School was evacuated a few minutes ago too.” 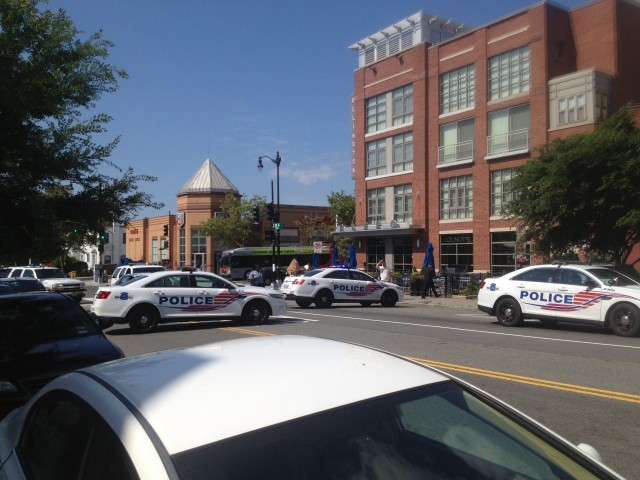 Another reader sends the photo directly above and writes:

“Not sure what is going on but dozens of police and fire trucks, the police helicopter, and uniformed Homeland Security officers are on the scene and have blocked off the roads. Lots more police are arriving right now (10:20 AM).”

Updates as more info is known/released.