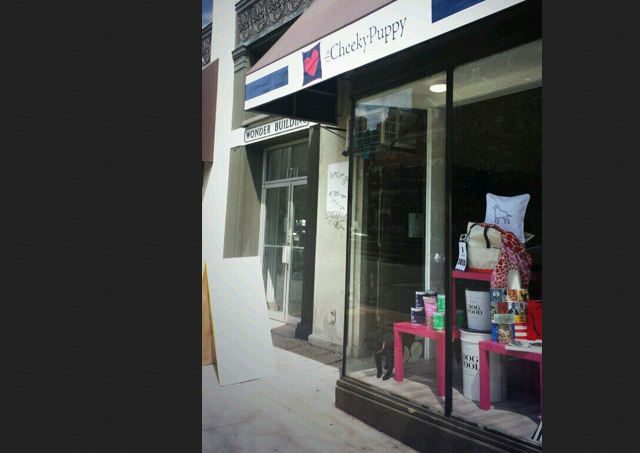 1709 Connecticut Ave, NW from a reader

“The Cheeky Puppy, the go-to resource for design- conscious District pet lovers, announced the launch of its flagship retail shop. The newest Dupont Circle boutique features practical provisions and specialty items for those who know that pets aren’t like family – they are family.

“After adopting my Labradoodle Schroeder, I was struck by the lack of pet-oriented retail in this very pet-loving part of the District,” said Courtney Stamm, founder and owner of The Cheeky Puppy. “Thus the idea for The Cheeky Puppy was born.”

Nonpartisan in its politics, and bipartisan in the dogs versus cats debate, The Cheeky Puppy believes that having a pet is a privilege and should not contribute to the degradation of the planet nor the two and four-legged friends with whom we share it. Bearing that in mind, merchandise will largely be sourced from socially and environmentally responsible manufacturers.

“The Cheeky Puppy is a fantastic addition to Dupont Circle, particularly as we aim to revitalize vacant storefronts and to diversify the retail and services on offer,” said Bill McLeod, executive director, Historic Dupont Circle Main Streets. “With so many pet lovers traversing the neighborhood, The Cheeky Puppy will provide a special outlet for dog and cat lovers alike.”

This is the first retail venture for longtime DC resident and owner Courtney Stamm who traded positions in nonprofit fundraising and management with organizations ranging from the Robert F. Kennedy Center for Human Rights to Food & Friends to pursue this entrepreneurial venture.
The Cheeky Puppy resides in the Wonder Building – one of Dupont Circle’s art deco landmarks – at 1709 Connecticut Ave at R St NW.” 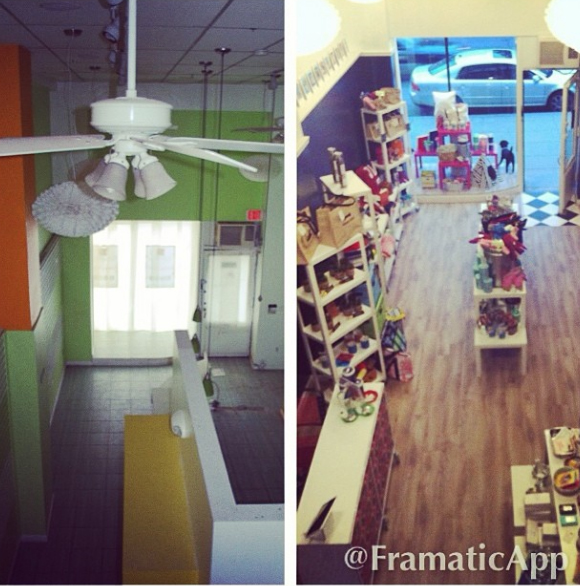 Thanks to a reader for sending the before/after photo above