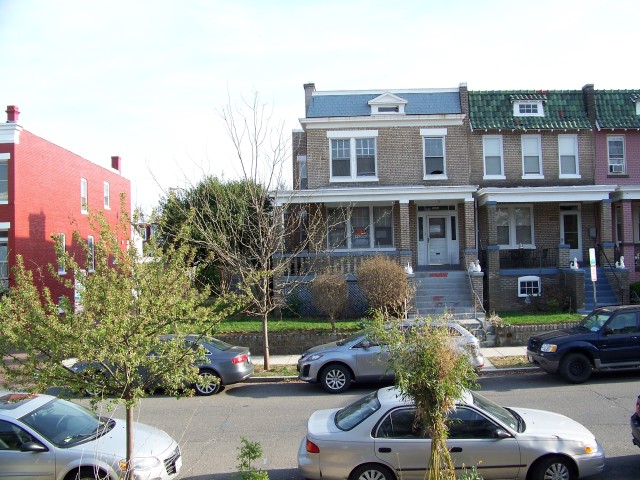 A single-family home on our street of single-family homes in northeast Capitol Hill recently sold to a “developer” who it now appears is planning on putting in 18 apartments. The house, 1511 A Street NE, a lovely home built in 1923 with an oversized lot and wrap-around porch, was owned by Mr. & Mrs. Byrd for many years. This couple, who lived there until they passed away in their late 90s, maintained the property impeccably, and always had a beautiful garden. Now, this beautiful and historic house may be lost because of a zoning hold-over from the time that the Car Barn, the next block over, was an actual functioning street-car barn. Half of the Car Barn, which is now condos and a registered historic building, as well as half of the adjacent square 1070 (which is where this house sits), are zoned C-2-A, a much more permissive zoning than R-4, which is what the other half of 1070 is zoned. All but a handful of buildings in square 1070 are single-family homes, with a few businesses fronting East Capitol Street.

The company that purchased the house is 57th Street Mews of Mitchellville, Maryland. They have a history of finding areas of the city that are zoned C-2-A and constructing large and unsightly boxes while seeking variances and zoning relief. One of their colleagues, a real estate consultant who has been quietly obtaining permits for the developer, has this mission statement listed on his website — “This company is designed to consult on land use and development with particular focus to find nuances in DC regulations that govern land use, construction and occupancy of structures in the District.” He finds the overlooked zoning mistakes ignored by the city and gets paid to do so. Genius.

My neighbors and I are increasingly concerned, both with the lack of response from our government officials and the failure of our city to identify this zoning problem in the first place.

We have since received plans from the developer, which I’m attaching with this email. We’re shocked that something like this could be built in our neighborhood as a matter of right.”