Advertise with PoP
Search
Friday Question of the Day, Maryland 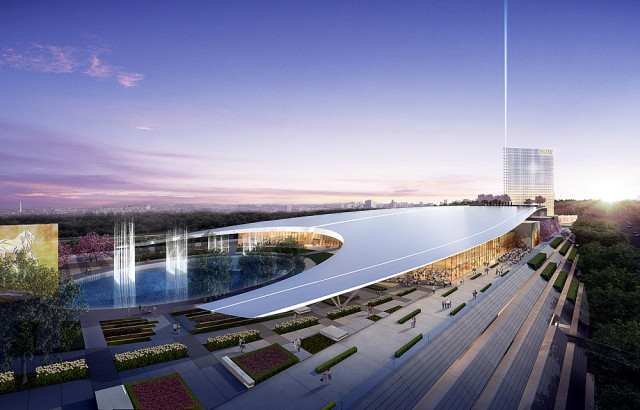 Last Friday we learned that “MGM Resorts International (MGM), the largest owner of casinos on the Las Vegas Strip, was picked by Maryland regulators to build a $925 million resort south of Washington” at the National Harbor.

“At National Harbor, we envision far more than just a casino. We will call on our years of worldwide resort experience to design a fully-appointed Destination Resort Casino that specifically respects the atmosphere of Prince George’s County and meets the needs of the sophisticated Maryland marketplace.

MGM National Harbor would be designed and operated at the same level of quality as our other iconic hotels, including Bellagio, MGM Grand, Mandalay Bay, ARIA, The Mirage and others. The design and aesthetics would reflect the history and geography of the area, complementing the already successful development and increasing the allure for out-of-state visitors.

While the work of our designers is still underway, our vision for a National Harbor Destination Resort Casino would include:

These and other attractive resort offerings would combine to create the complete MGM Resorts experience. Anyone who has ever visited one of our resorts understands the uniqueness of what we offer. MGM National Harbor would be no different.”

The National Harbor is located in Prince George’s county at 165 Waterfront St. Directions from DC say “Take I-295 South for approximately 5.5 miles Take National Harbor Exit 1B”. The casino is expected to open in 2016.

So for this week’s FQotD – do you think you guys will visit/gamble there when they open?

Read more →
More Stories
Getting Tough to Find an Affordable Artist StudioShooting in the 100 Block of N Street, NE near the NoMa Metro around 9:30pm Thurs. Night