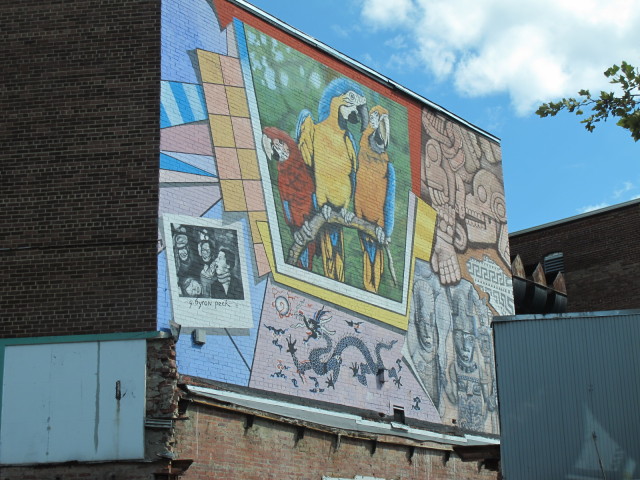 Say “goodbye” to the Three Macaws mural on Columbia Rd. NW. Due to the redevelopment of the former Ontario Theater by Peterson Companies, the nearly 20-year-old mural will be destroyed with the demolition of the building. The beautiful piece of art will join the several other murals that have been lost or damaged recently in Adams Morgan.

I exchanged messages with the project manager and learned that “the mural cannot be preserved under the plans that were approved by the Board of Zoning Adjustment.” The artist, G. Byron Peck, is aware of the mural’s fate and was given the piece’s dedication plaque by the Adams Morgan Partnership Business Improvement District.”

Ed. Note: G. Byron Peck is also the artist who is recreating his famous Duke Ellington Mural on U Street.

Yesterday we learned the mural from the side of 1830 14th St, NW was also coming down.