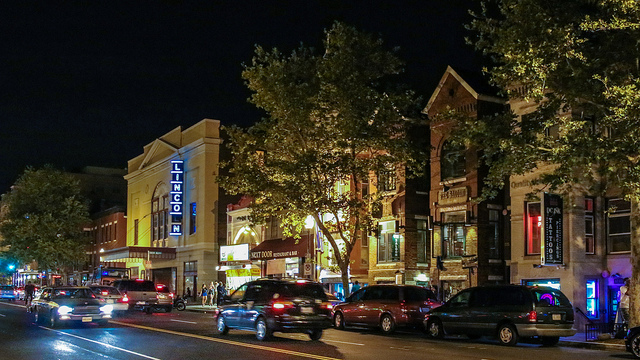 “Today, the Alcoholic Beverage Control Board (Board) unanimously denied a petition for a moratorium on the issuance of new liquor licenses in the District’s 14th and U St. corridor.

The Board determined the moratorium is not in the public’s interest after carefully considering public input and evaluating various standards for issuing a moratorium. Data collected by the Alcoholic Beverage Regulation Administration (ABRA) shows the 14th and U St. corridor has undergone a revival. Property values are appreciating, the violent crime rate has decreased, and residents and businesses alike are being attracted to the area. There was no evidence that additional ABC-licensed establishments will have an adverse effect on the neighborhood.

The Board also considered comments provided by Advisory Neighborhood Commissions (ANCs). All four ANCs within the affected area—1B, 2B, 2F and 6E—opposed the moratorium. In their comments, ANCs said members of the public also opposed the petition and raised concerns it would have negative consequences on the area’s economic development. The ANCs also noted that alternative tools—adding more police, street lights and better management of facilities—could address the concerns raised in the petition by the Shaw-Dupont Citizens Alliance (SDCA).

The SDCA filed the petition with ABRA last year requesting a five-year moratorium on the issuance of new liquor licenses in an area extending 1,800 feet in radius from Ben’s Next Door located at 1211 U St., NW. The size would have been comparable to the moratorium zone existing in Georgetown. The petition requested the Board:

For more information on the Board’s decision, review the Notice Denying Petition for Rulemaking and Order.”