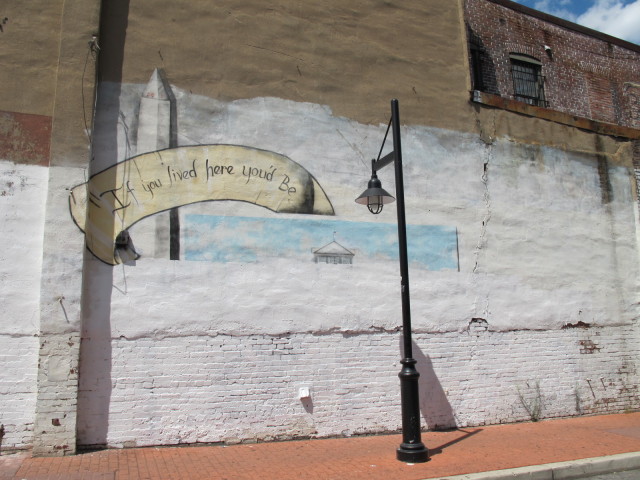 This weekend, the mural of the White House on the alleyway between 18th St and Champlain in Adams Morgan was graffiti’d over. Yesterday morning there was a workman painting the entire wall back to white. It’s a shame this iconic mural is no more.

Not sure whose artwork it was or who actually owns the wall, but I would be interested to know if anyone plans to restore it.” 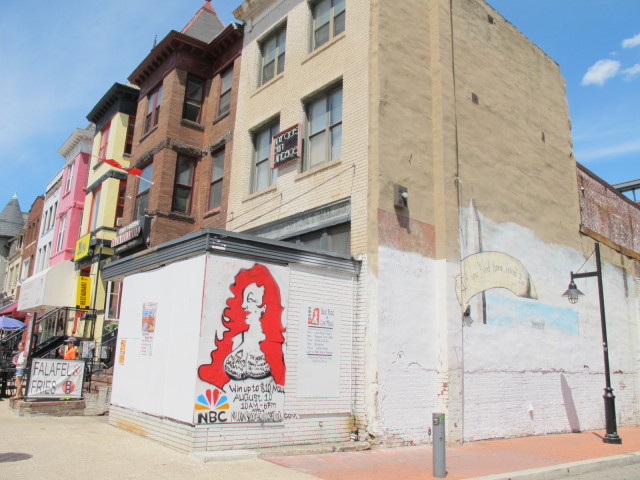 Unfortunately this mural often was hit with graffiti. It’s unfortunate they weren’t able to salvage it. When I stopped by yesterday the top of the mural was still visible. Here’s how it looked in 2009: 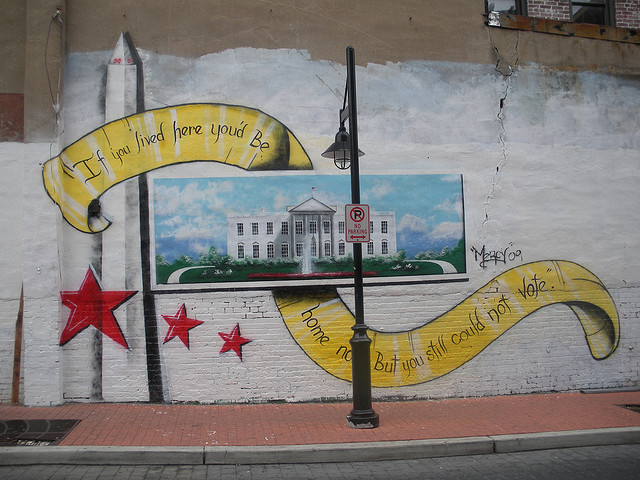