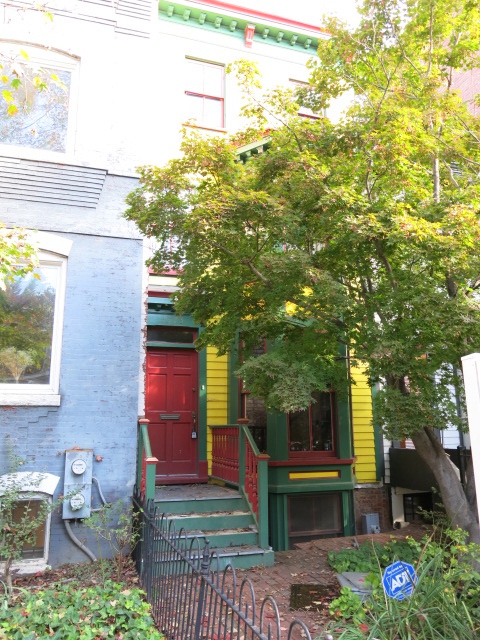 I just noticed that that the tall yellow row house at 1823 S St, NW is being converted into condos. This one has been house of the day a few times. Kinda hard to tell from the photo above but it has a cool double bay window that spans two floors.

Some history from the Historic Preservation Board:

“1823 S Street, NW is a three story Italianate frame rowhouse that likely dates from the early 1870s, just prior to the building code prohibition of frame construction in 1877. The façade features a two story frame projecting bay, bracketed wood cornice, and two over two windows.

The property, together with a two story frame house to the east, is set back approximately 5’ from the building restriction line and the adjoining late 19th century rowhouses and early 20th century apartment houses. The rear elevation has been substantially altered from its original condition; it is covered in a thick layer of stucco and has a fenestration pattern and windows that are not original and appear to date from the second half of the 20th century.

The house is unusual, both for the Dupont Circle Historic District and city wide, as frame houses in Washington are more typically two stories rather than three. It is possible that the house was originally constructed as a twin of the two story frame house next door with the third floor added at a later date.” 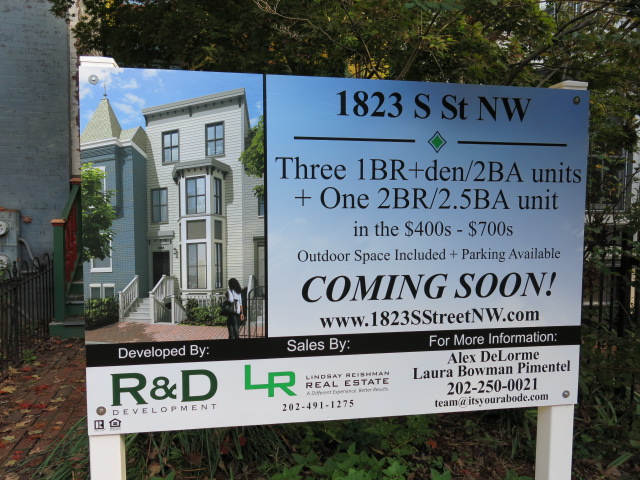 Close up of the rendering after the jump. 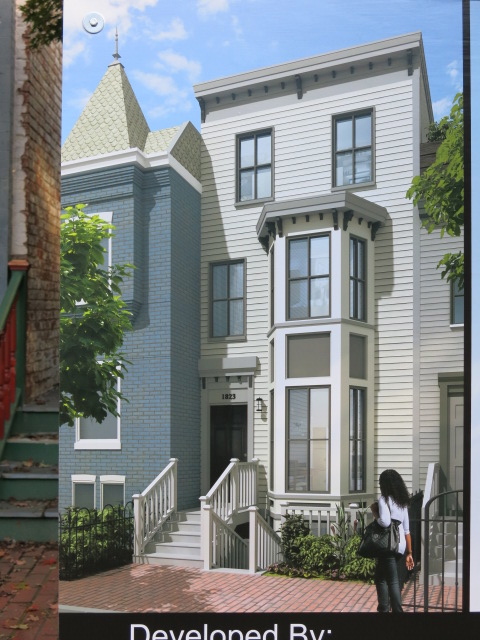