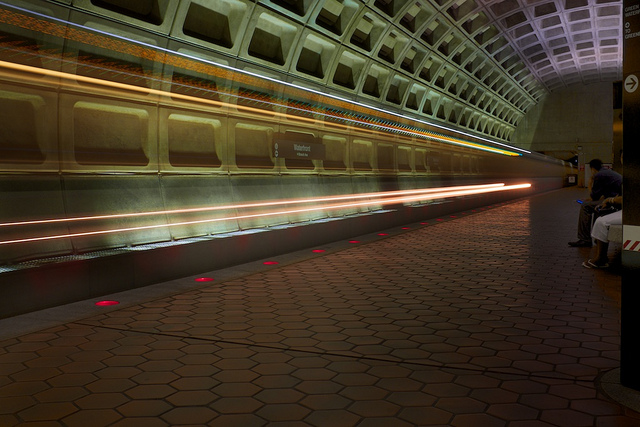 On Friday (8/23), I was inside the Columbia Heights metro station at 11:30pm, and waiting for the next metro train (green/yellow line) to arrive. I was sitting on a bench on the platform, and the sign said “10 minutes” until the next train arrived. So I took out my cell phone and started reading. The next thing I knew, someone from behind me reached out and grabbed my iPhone. At first I thought it was a friend playing a joke. I had heard about the cell phone thefts but I didn’t realize the thieves were approaching women who were actually USING their phones with lots of people around. Unlike the picture in the WMATA released on August 16th, these guys did not have hoods on. I was chasing them up the escalator steps and saw that they were black teenagers (but never got a good look at their faces, since they came up from behind me to steal my iPhone).

Anyway, my advice is (A) not sit down on a bench while waiting for a metro. By the time I had stood up and grabbed all my grocery bags, the teenagers already had a 45 second lead on me; and (B) don’t check your iPhone while on the metro platform.

I ran up screaming behind the kids but the station manager ignored my screams and ignored the fact that the kids jumped over the exit turnstile without paying. The station managers called the police and I filed a police report. Since the guys did not have hoods on, I am sure the cameras on the platform or at the turnstile got a good picture of them.”