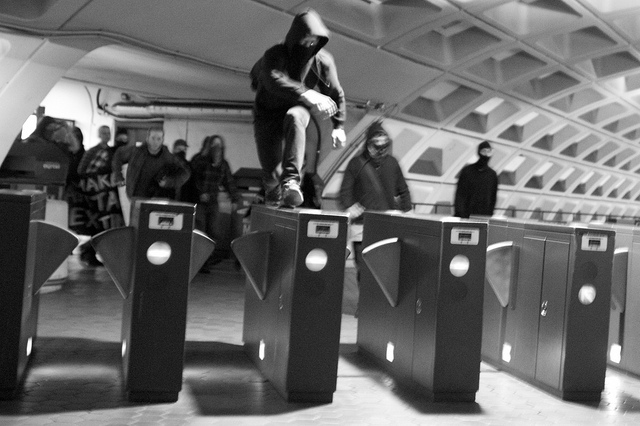 “Metro Transit Police Chief Ron Pavlik today advised the public of a recent increase in snatch thefts of electronic devices, such as iPhones, iPads, Kindles and Android phones, and urged riders to be vigilant while on the transit system.

There were 40 snatches of electronic devices on the Metro system in the two-week period ending August 7, 2013 – an increase of 48 percent from the previous two week period.

“We are not waiting to see if this becomes a trend,” said Chief Pavlik. “We are taking immediate, proactive steps to protect the riding public, but we also need riders to do their part.”

Metro is continuing to use “crime suppression” operations, where undercover officers place themselves in the path of crime using decoy devices. When a criminal steals the device, other officers apprehend the suspect and make an immediate arrest.

While the police are taking steps in response to the recent increase, Chief Pavlik noted that Metro passengers have an important role to play. “These are crimes of opportunity, and they are preventable,” he said. “The best advice is to keep your device out of sight, but if you do choose to use it, maintain constant awareness of what’s happening around you.”

At today’s news conference, Pavlik advised customers to treat their phone as if it were cash. “You wouldn’t go around flaunting this $300 in the open. And yet, that’s effectively what you’re doing when you’re not paying attention with your electronic device.”

Metro Transit Police have long urged riders to not use electronic devices near train doors, where most snatches occur. Many thieves time the snatch as the doors are closing, running through the closing doors onto the platform and leaving the victim aboard the train. More recently MTPD has cautioned against using electronic devices on escalators in response to several incidents where criminals have run up the escalator and snatched devices as they pass their victims.

In addition, riders are encouraged to set up tracking software for their device, such as Find My iPhone on Apple products, so that the device can be wiped, locked, and potentially found if it is stolen. MTPD officers have successfully tracked down several thieves this year using Find My iPhone tracking.

Chief Pavlik also put would-be criminals on notice that Metro’s recent investment in high-definition cameras is making it easier to identify and prosecute suspects. “Criminals should know that if you’re on Metro, chances are we’ve got you on camera.”