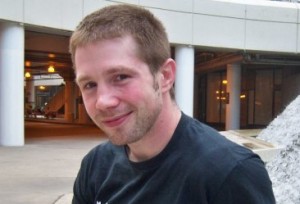 Eric Foreman, 19, of Washington, D.C., was sentenced today to 42 years in prison on first-degree premeditated murder while armed and other charges stemming from a shooting he committed in August 2010 in the Sherman Circle area of Northwest Washington, U.S. Attorney Ronald C. Machen Jr. announced.

Foreman was found guilty by a jury in September 2012, following a trial in the Superior Court of the District of Columbia. The jury also convicted him of charges of felony murder attempted robbery while armed, attempted robbery, and related firearms offenses. The verdict included a finding of two aggravating circumstances: that the murder involved a random shooting, and that it occurred during the course of an attempted robbery. Foreman was sentenced this afternoon by the Honorable Robert E. Morin.

According to the government’s evidence presented at trial, the homicide occurred at about 12:30 a.m. on Aug. 22, 2010, near the intersection of Kansas Avenue and Sherman Circle NW. The victim, Neil Godleski, 31, was a student attending Catholic University, trying to complete the degree he had started there when younger. Mr. Godleski had just finished working a shift as a waiter at a restaurant in Southwest Washington and was pedaling home on his bicycle when he approached Sherman Circle in the bicycle lane.

Foreman was walking with a group of teenage friends on the opposite side of the street when Mr. Godleski came by in the bicycle lane. Suddenly, without any warning or yelling or even a demand, Foreman emerged from the group and fired five shots as Mr. Godleski pedaled by. None of the shots hit Mr. Godleski, and Foreman began to walk off. Mr. Godleski, however, fell off his bicycle. Foreman then turned and approached Mr. Godleski, getting closer than arm’s reach. The defendant then shot Mr. Godleski at close enough range that the firearm left a deposit of soot on Mr. Godleski’s arm. While the defendant and his friends ran off, Mr. Godleski struggled across the street and collapsed on top of his bicycle inside of Sherman Circle.

Foreman was later heard saying that he had taken $60 and that he had shot Mr. Godleski for not giving up the money quickly enough, and explaining that he told the victim it was easy, “like butter, baby.” He was also heard saying that he shot Mr. Godleski because he was mad about the unrelated murder of a friend of his earlier in the summer. The evidence at trial also showed that in the hours before the murder, Foreman had expressed anger at the failure of a friend to kill a passing rival when shooting at him, complaining that “we should have never gave it [the gun]” to his friend, and that Foreman thereafter made an effort to retrieve that gun (which became the murder weapon used on Mr. Godleski) while talking about wanting to make a “move.”

“Neil Godleski was a kind, hard-working college student who was gunned down when biking home from his job waiting tables,” said U.S. Attorney Machen. “His murder was beyond senseless. It was borne of a complete absence of the barest shred of human compassion. Forty-two years in prison is fitting a sentence for this cruel display of evil.”

In announcing the sentence, U.S. Attorney Machen praised the work of the Metropolitan Police Department, including homicide detectives, mobile crime officers, and firearms examiners. Mr. Machen additionally commended the efforts of those who assisted at the U.S. Attorney’s Office, including Paralegals Marian Russell, Brendan Tracz, and Koryn High; Marcey Rinker of the Victim Witness Assistant Unit; and Leif Hickling of the Litigation Services unit. He also thanked Assistant U.S. Attorneys Chrisellen Kolb, Elizabeth Danello, and Elizabeth Trosman of the Appellate Section, who assisted with trial issues as the case proceeded through trial.