Get our email!
Search
Crime, quality of life 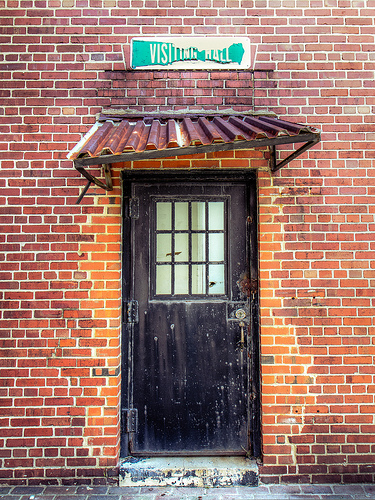 Every year readers write in warning of package thieves around this time of year. Here’s one reader’s frustrating experience:

Thursday, while my wife and I were at work, my parents were at our house taking care of our daughter. Around 4PM, my dad observed a black female (medium height, slightly more than medium build, red in her hair) pushing one of those collapsible grocery carts down our street. She got to our house – stopped, looked both ways – and scooted up the stairs. She grabbed a package that had apparently been left for us by the mailman, hustled down the stairs, back onto the sidewalk and started walking away.

My dad busted out the front door (along with one of our dogs) and confronted her. At this point, she turned sweet as pie and started saying that the girl who lives in the house had asked her to come by and pick up any packages and hold them for her. This is not true. She continued and said that the package in question was a special present for the woman of the house’s boyfriend. My dad pointed out that the woman who lives there is married, so no boyfriend. Her response “Oh, she has a boyfriend too!”.

Anyway, mad dad calls her on her BS and takes the package away from her. She walks off towards Grant Circle and say’s she’ll be back to visit her friend. It’s worth noting that her collapsible cart was full. There was a blanket or jacket of some sort on top, and it was not clear what was in there. Obviously, my guess is that there were more packages in there. Also, obviously, she never came back to check in with us.

The next day, my wife stopped our mailman and told him what had happened. He immediately knew who the woman was, because a person fitting the exact description had tried to take packages out of his mail truck a few weeks prior with a similar story that she was to hold packages for friends (even though she didn’t know what names were on those packages). He gave us her address, which I’m not going to list here because I don’t want to be responsible for vigilante justice. It is fair to say, however, that if you’re in one of the houses near Grant Circle with a sign on your door about packages being stolen, I believe the culprit leaves very near to you.

So Thursday, my parents called the police to report the attempted theft almost immediately after it happened, but after a few hours of waiting, they had to get home so they left. The police were then supposed to come over on Friday to get a statement from my parents, but never showed up.

After a phenomenal effort by 4D officers to say anything to avoid having to fill out paperwork or make any sort of effort, we finally got them to take a proper police report Saturday morning. We fought through half an hour of the officers at the desk of 4D HQ trying to throw reasons at us as to why they could not do anything. Some highlights included “She just sounds like she’s crazy” and “it’s the mailman’s fault”. We outlasted them and they took a report.

I received a follow-up call from the officers attempting to confirm the address of the woman we believe has been stealing packages. I gave it to them and truly hope they are acting on it.

So that’s the story. Whether she is indeed crazy, or if she’s Robin Hood, or if she’s just making extra money selling stolen stuff, I really don’t care. She tried to steal a Christmas present for my baby girl – I just can’t shrug that off.