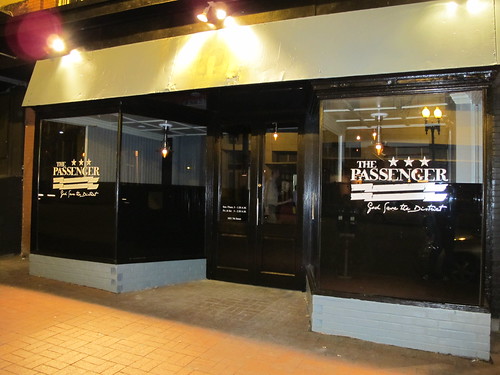 The Passenger bar is located in the former Warehouse space at 1021 7th St. NW near the Convention Center. I was able to attend a media preview Tuesday evening. The bar opens to the public on Wed. at 5pm. This venture is from Tom and Derek Brown, Tom was most recently in charge of the bar at Cork and Derek oversaw the bar program at the Gibson. Paul Ruppert from Room 11 is also a partner. The space has maintained the warehouse feel: 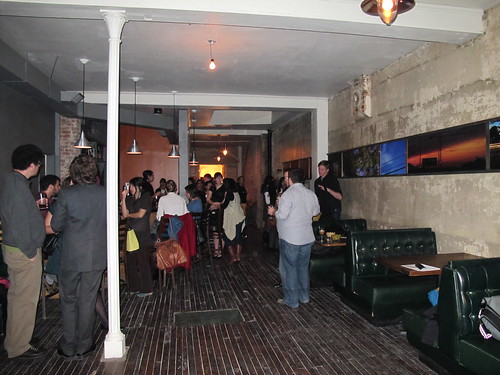 Though there are more exciting things to come after tomorrow’s grand opening. Over the weekend they hope to open up the “train room” which will be able to host overflow and private parties: 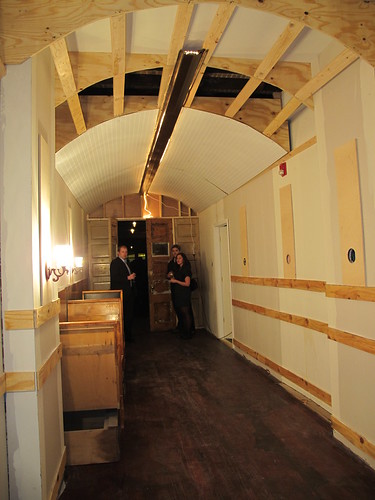 And in January they will be opening up an additional room, The Columbia Room, which will be reservation only and will feature a mixologist who can make drinks for up to 20 people. I spoke to owners Tom and Derek: 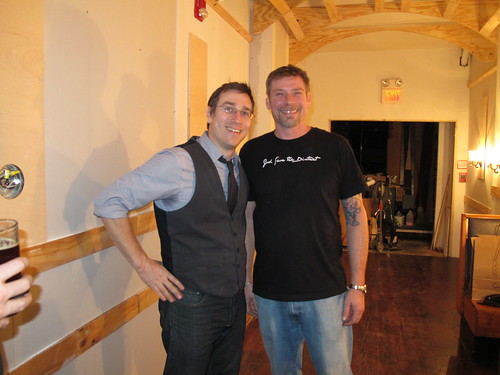 Tom said that he envisions the space as a neighborhood bar. They were less interested in a gimmick and more interested in focusing on the fundamentals of a good bar. As such they will have 25 wines by the glass, 15 different cans of beer, and four beers on tap, in addition to specialty cocktails including gin punch which I may or may not have sampled between one and six…

One other question I had was how did they come up with their tag-line, “God Save the District”. Tom told me “that is our Don’t Mess With Texas. We wanted to create a DC place not import a NY place to DC”. And the name The Passenger was inspired by an Iggy Pop song. I definitely feel like this place has very little pretension. I’m excited to see it when all the extra rooms open up and I’m equally excited to see what type of crowd it attracts. For sure it will fill the gap of neighborhood-type bar on 7th Street. 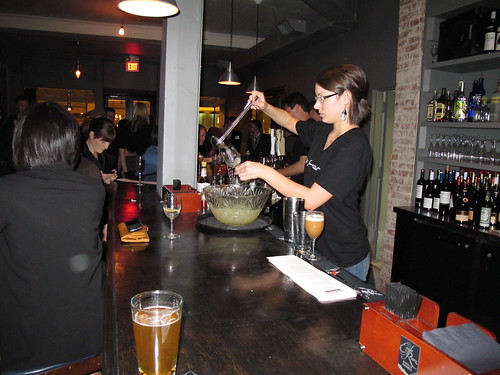 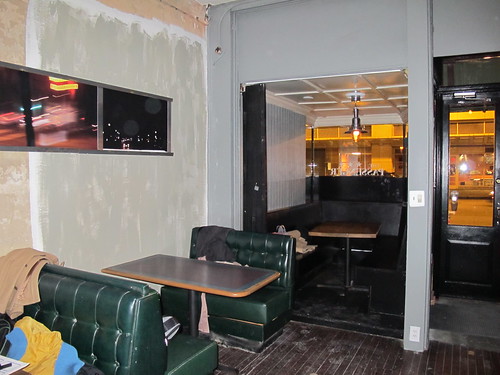 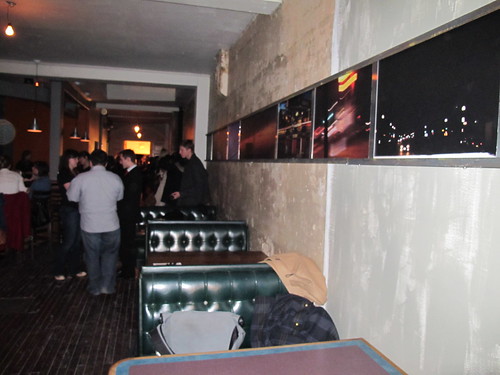 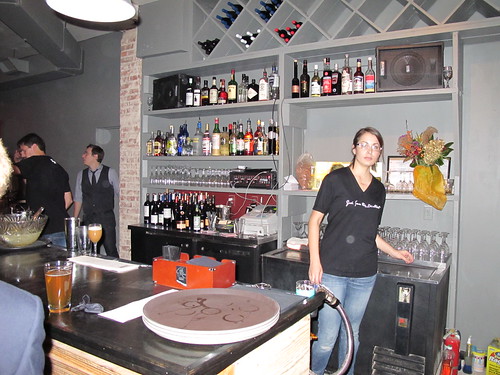 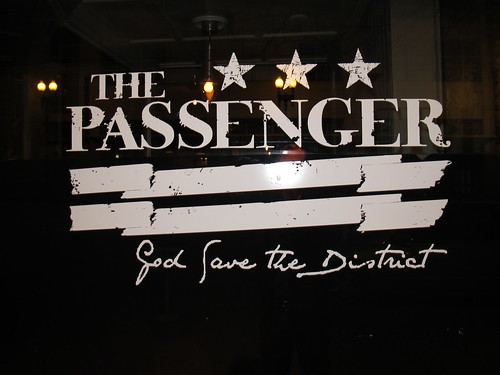