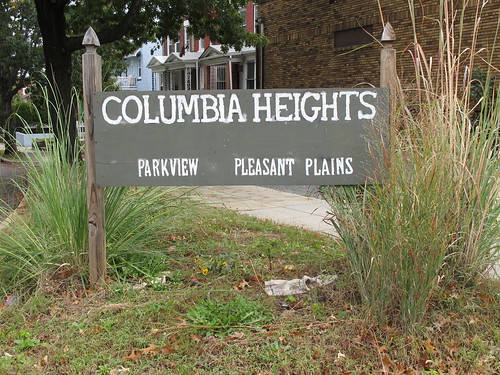 I know we’ve touched on this issue before and neighborhood identification can be contentious. But the Washington Post had a great article in the “Where We Live” section titled, The District’s Overlooked ‘Bull’s-Eye’. The article starts:

“District residents and community groups are working to get one Northwest neighborhood some recognition — because few people even know it exists.”

It lists the boundaries as:

Now, I have friends and acquaintances who live within these boundaries and identify themselves as Columbia Heights residents and quite frankly I’ve gotten into some conversations with folks who are outright offended if you suggest they live in Pleasant Plains rather than Columbia Heights. I know there are tax boundaries, and city designated boundaries, and the like but I’m not interested in those designations. Rather I’m curious what neighborhood folks within those boundaries feel most connected to. I know for real estate purposes it may be tempting to insist that one lives in a more recognizable neighborhood name.

More Stories
Have You Turned Your Furnance on Yet?Baker on Being an Endangered Species (By Danny Harris)