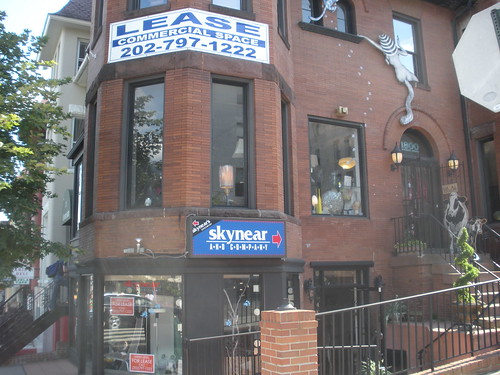 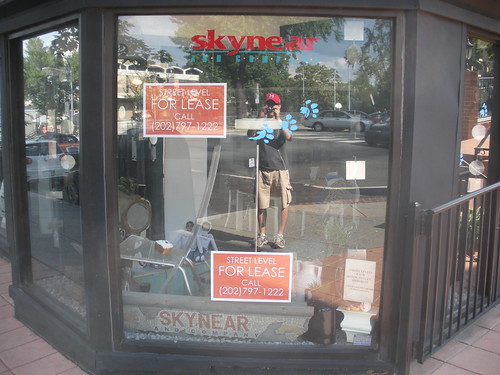 Ms. Skynear explained that in this economy small furniture stores are having a tough time and therefore one needs to be creative. And here’s the creativity:

Skynear will remain a part of this space on the second or third floors. But on the first floor Ms. Skynear is looking for a tenant to open a European style bakery and cafe with an outdoor seating area. Skynear explains, “you have to give folks more than one reason to come here”. And to fill out the second and third floors, Skynear would like to see a consortium of Skynear furniture along with potential partners including the following possible vendors – clothing, jewelery, and/or pottery. She envisions folks having a coffee and cake downstairs and then shopping upstairs.

Ms. Skynear also addressed the issue of the many storefronts for lease on 18th Street. The only way Adams Morgan will become a destination spot beyond nightlife, she believes, is with better public transportation. Specifically she would like to see one of the new Circulator buses coming down 18th Street. She believes this is the only way to prevent other small businesses from leaving the area. And the only way this will be possible is if the Mayor embraces the neighborhood. She left me with these words: “I’m hoping the Mayor will embrace the place in which he grew up in.”

So what do you guys think, do you like the idea of a bakery cafe on the first floor? And what are your thoughts on a Circulator bus coming to 18th Street?