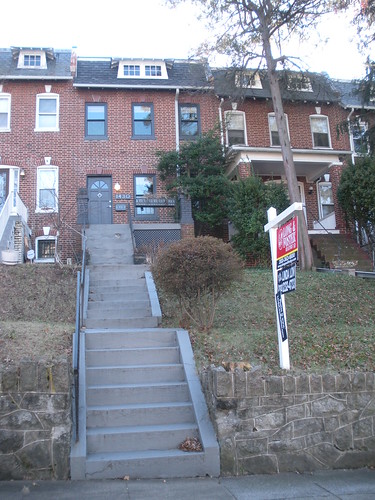 Days on Market: 373 between both listing attempts

Before I dive into 1430 Taylor, I wanted to follow up to last week’s “Good Deal or Not Revisited” (GDoN-R), which was a small property located at 529 Newton Pl NW. That was a cash purchase, which I assumed was an investor buy. Since that post was written, I learned that it was indeed bought by an investor group, one that I happen to know quite well. Previous properties they have done have been completely and nicely rehabbed. They expect to get it back on the market for sale in a relatively short period of time.

On to Taylor…The final price of this home may surprise some who commented on the original GDoN post. At the time it was featured on GDoN, it had been priced quite a bit higher than it was when it finally went under contract. PoP readers questioned distance from public transportation, although noted proximity to Rock Creek Park and Parkway. The presence of a sole full bath bothered a few. Others were not sure about the modern renovation which removed much of the original detail of the 1922-built house. Notably, the lot, at 2561 square feet, is huge by downtown DC standards. Personally, I thought they did a nice job with the rehab, even though I generally tend to go for original details.

The most recent sellers purchased the home (during what I consider to be the pivotal height of the DC real estate price peak) for $582,500. in June of 2005. At that time, information from a withdrawn listing describes the property as having radiator heat and window units for cooling, and an additional half bath located in the basement. The text reports “an upgraded kitchen…remodeled 3 Bedroom still retains its historic charm”. The listing from earlier 2008 (priced at $665,000. that was ultimately withdrawn) notes “6 figures + worth of renovations”, including a new roof and windows, as well as central heat and air.

Lesson to be learned? If you’re motivated to do a thorough renovation, buy something cheap to begin with and then invest in it. What people may not remember or may not know if they were not in the market in ’05, is that with speculators and easy peasy low low money down investor loans, the prices for unrenovated properties had been driven way up. The great news about the 2009 market is that the prices for houses in not so perfect condition have returned back to earth quite a bit and rehab loan products for owners planning to live in their homes are surprisingly affordable.