The super cool Pixie’s vintage furniture and everything else store moves to the 14th Street corridor! This is phenomenal news. Thanks to Amanda from Metrocurean for giving me the heads up. I, literally, ran in the pouring rain to the new location today and I was absolutely amazed. The store is huge. Some of you long time Washingtonians may remember the shop on Adams Mill Road (or even longer timers may remember the Dupont Circle location). But most of you have probably walked by it’s most recent former location at 2473 18th Street. You can see from the photo the new location is located in the old Powell Auto Parts store that has been vacant for quite a while now, so it is fantastic to see such a cool store like Pixie’s opening up there. (It is located right next to the functioning AYT autobody shop, you know the one with the cool mural.) So I briefly chatted with owner, Pixie Windsor, who explained the details behind the move.

Pixie explained that her partner is Jeff Dawson of Buffalo Billiards, Atomic Billiards, and all the other Billiards spots in DC. Or as Pixie describes him “the Joe Englert of the DC Billiards scene”. Anyway, Jeff found this space on 14th Street and immediately recognized the “good bones”. Now if you thought it couldn’t get any cooler than Pixie’s moving to this location – hold onto your hat. Ed. note: I have always wanted to use the expression ‘hold onto your hat’ this is a great day.

So what’s even better? Well, Jeff would like to eventually open up a small bar and eatery in the space. I should say that the space is huge so I could easily see this working. Right now he is working out the details with the city. Right on, I say.

Back to Pixie’s. In addition to the much bigger square footage, they chose the location because of 14th Street’s current designation as a “hot retail spot”. Pixie described the 18th Street location in Adams Morgan as “bar central” and not exactly “retail friendly.” She also noted that the current location has much better window exposure. Pixie describes the store as “fun and functional”. The price range varies widely from 25 cents to $1200 and everything in between. I saw lots of options in the $45 range. In addition to furniture and home furnishings, Pixie said that, the store also features lots of good original artwork. It is quite an eclectic mix of goods that you will certainly enjoy perusing. For the next couple of weeks the store will be open on Sat. and Sun. from 12-7pm and starting in May, it will also be open Thurs. from 5-9pm and on Fri. also from 12-7pm. Lots of photos of the interior after the jump. 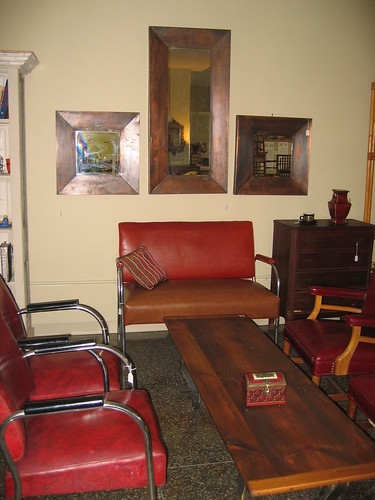 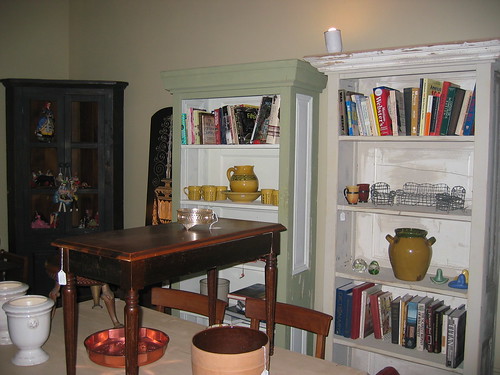 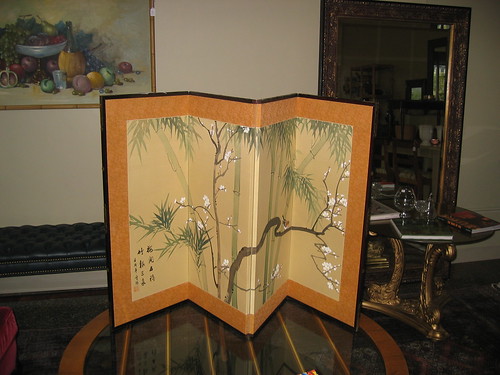 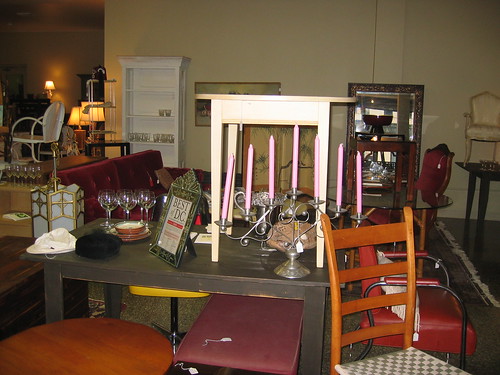 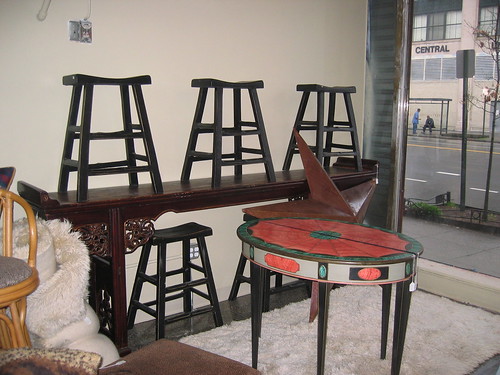