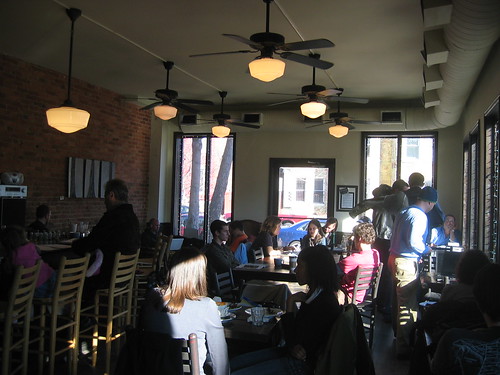 I had heard a lot of good stories about how awesome Big Bear is. And it is pretty damn awesome. If you live right near there you are indeed very lucky. It’s got great big windows and free wireless and nice food choices. I was excited to try the prosciutto and gruyere croissant but unfortunately they had run out. But I did have a very nice cucumber and hummous sandwich. Now, believe me, I wish Petworth had a Big Bear of its own. But in the meantime I think Columbia Heights Coffee is poised to take this mantle. Columbia Heights Coffee has it all as well, except it’s a little too small. So I hope with their upcoming expansion they will offer the same roomy atmosphere as Big Bear. After the jump see a photo of posters for a knitting club and book club held at Big Bear. 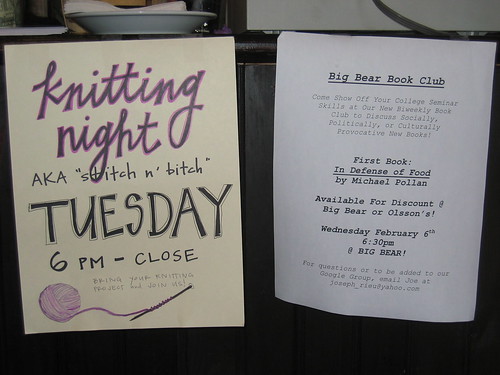