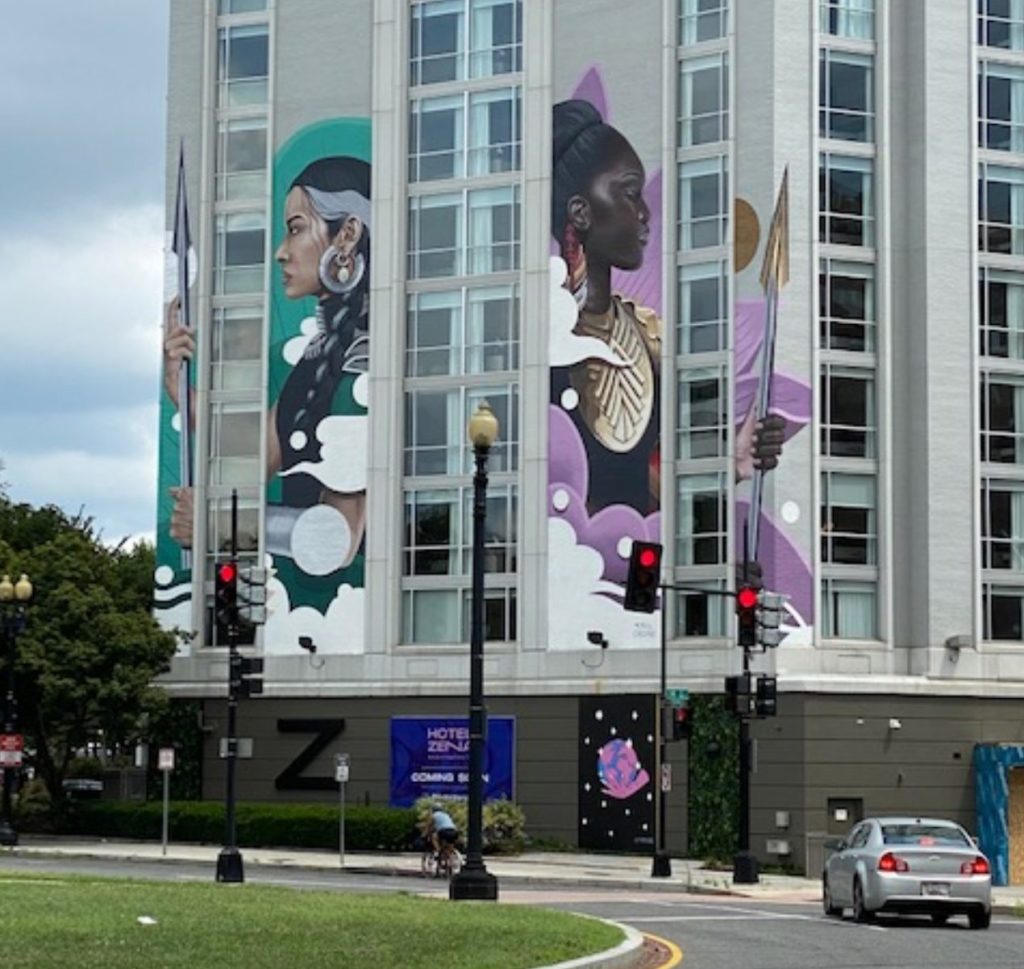 Thanks to Kevin for sending.

A press release from December says: 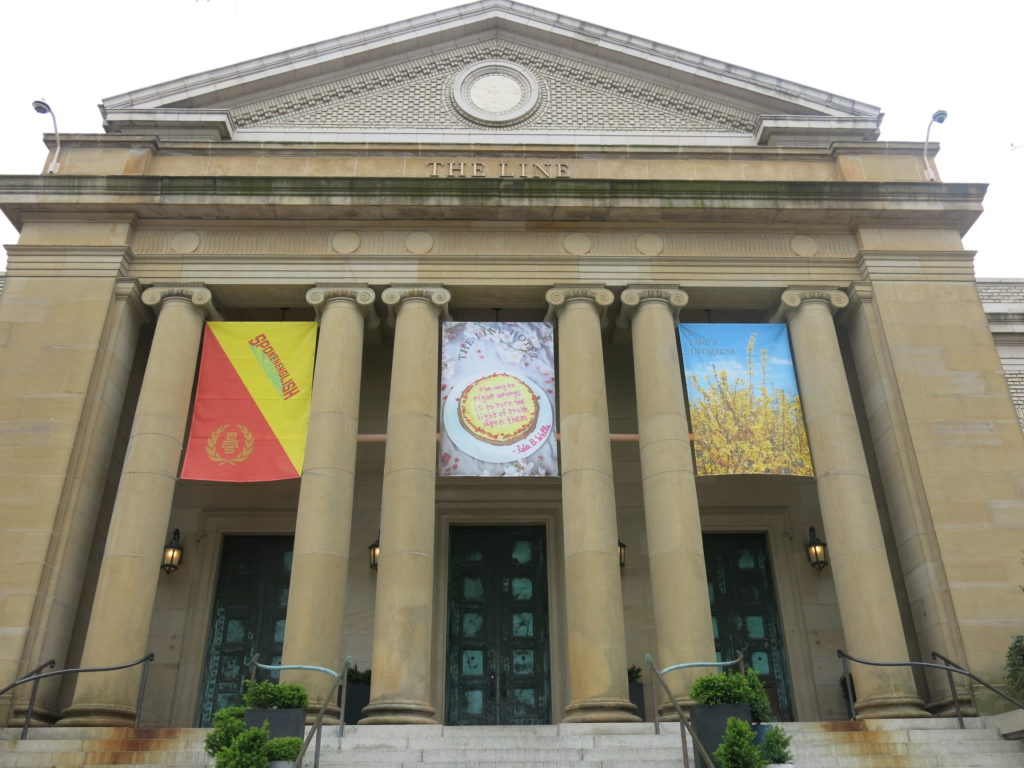 Update from The Line DC’s manager:

“I would like to assure everyone that we are working on plans to reopen The LINE DC. We have been working diligently to develop the new protocols to look after the well being of our Employees & Guests when we open. Our sister hotel The LINE Austin will reopen May 21st as Texas has lifted the state’s stay at home order, and there are plans for The LINE DC to follow. We are respecting the DC Mayor ‘s orders and directions.
Also, I would like to assure our Neighbors that the Hotel Operation has always been compliant, and has exceeded the 51/51 hiring commitment, as certified by DOES. We have over 100 employees that live in Ward 1 (including myself) that we very much want to see back at work.
Thank you for your concern and for your support, it is most appreciated by all of us that are part of The LINE DC.
Crawford
Manager.”

Ed. Note: The Line opened up after much anticipation and not without controversy in 2017. The Line DC is also home to restaurants, A Rake’s Progress, Brothers And Sisters and Spoken English.

If true this would be devastating on many levels. We will be keeping a very close eye on this, for once I’m very much hoping a previously accurate tipster is wrong.

A tipster writes: “word on the street is The Line is completely closing for good.”

The Line DC’s website still says: “In light of the current COVID-19 pandemic, all LINE Hotels are closed to the public including hotel rooms and all restaurants and bars.

Please check back here or on Instagram at @thelinehotel for re-opening updates and other information as things evolve.” END_OF_DOCUMENT_TOKEN_TO_BE_REPLACED 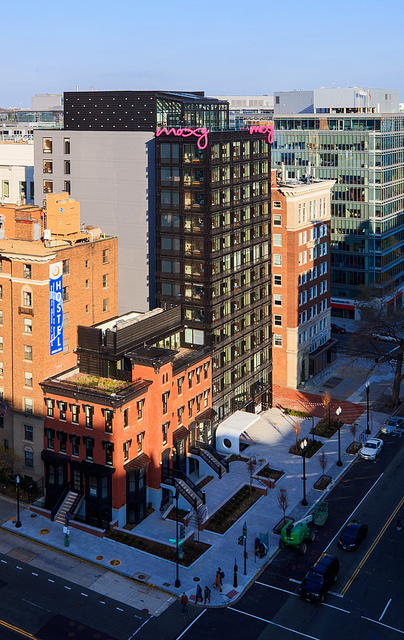 “The experiential and spirited Moxy Hotels, part of Marriott International, officially opened its doors to guests and the local Washington D.C. community. The new Moxy D.C. will boldly reinvent the lifestyle hotel experience in the nation’s capital, positioning itself as the ultimate destination for engaging, smart and free-spirited travelers. 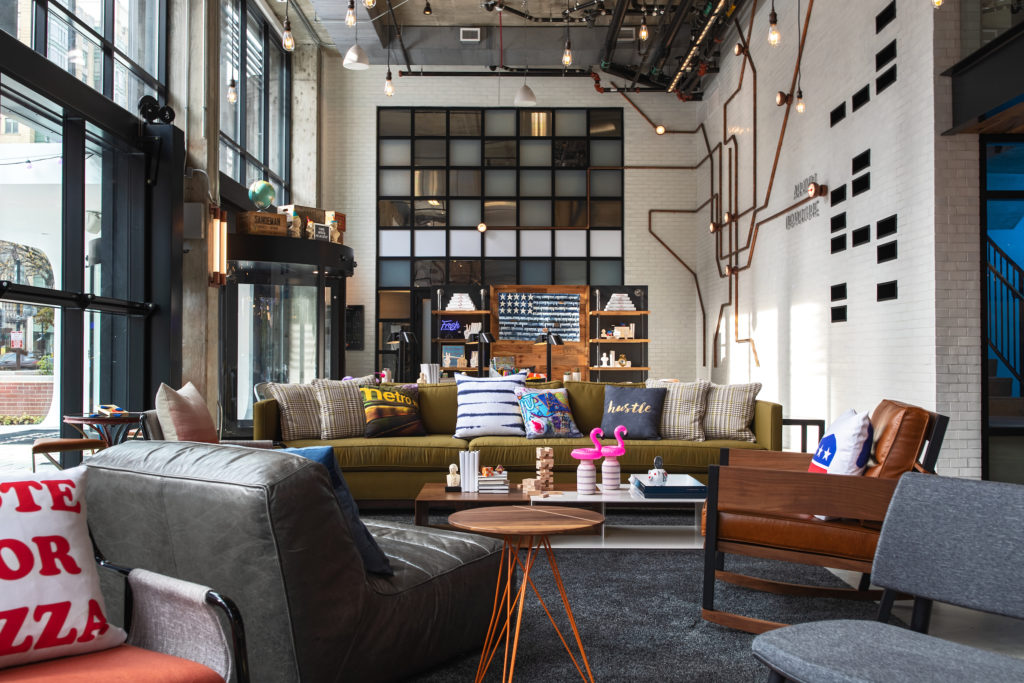 Partially built within a historic building dating back to 1870, the former home to a Civil War Union General, Moxy D.C. is a hotel that embraces the city’s past with an eye to the future. The hotel’s interior design, led by Dash Design, is industrial chic; where style meets function throughout the 200-room, 14-story hotel situated on 1011 K Street NW in downtown D.C. Polished concrete floors, exposed concrete columns, and open ceilings give way to a vibrant art-filled lobby, featuring original work by local D.C. artist Michael Crossett and a video art installation by international artist Rahul Jhad, winner of the hotel’s #BlankCanvas campaign competition. END_OF_DOCUMENT_TOKEN_TO_BE_REPLACED 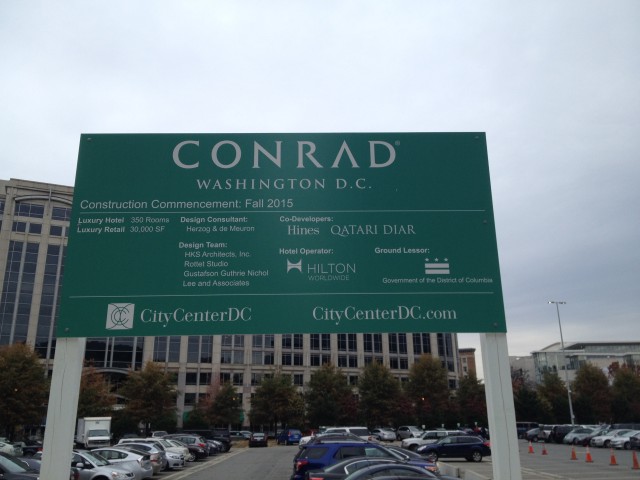 “Just saw they put signs up for the Conrad (by Hilton) across from City Center. Looks like this will be a huge hotel.”

“Hines, the international real estate firm and Qatari Diar, the real estate development entity of the Qatar Investment Authority, together developers of CityCenterDC, and D.C. Mayor Vincent C. Gray, announced today that the parties have closed on the agreement allowing Hines and Qatari Diar to proceed with the design and construction of a 370-room luxury hotel and 70,000 square feet of large-format retail space, at CityCenterDC, the 10-acre, landmark, mixed-use development located in the heart of the nation’s capital. It was further announced that the hotel will be the Conrad Washington, D.C., the newest property in the Conrad Hotels & Resorts luxury brand portfolio operated by Hilton Worldwide (NYSE: HTL).

The Conrad Washington, D.C. project is being designed by Herzog & de Meuron Architekten, the internationally acclaimed design firm headquartered in Basel, Switzerland, and HKS Architects, Inc., a Dallas-based design firm with offices worldwide, including the District of Columbia, as Architect of Record. Herzog & de Meuron is known for sophisticated projects around the world including the Walker Arts Center in Minneapolis, The Tate Modern in London and the iconic 56 Leonard, a new condominium tower in New York’s Tribeca neighborhood.” 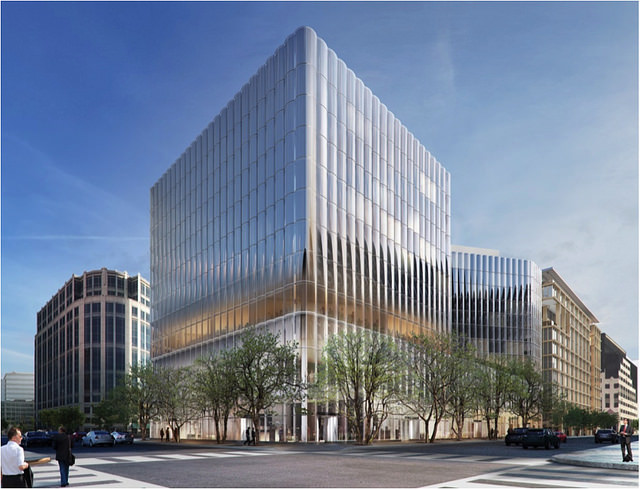 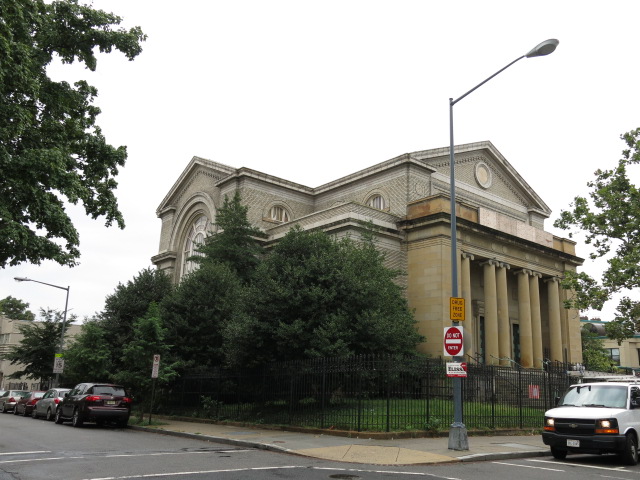 A liquor license application placard has been posted outside the church where the new hotel will be coming in Adams Morgan: 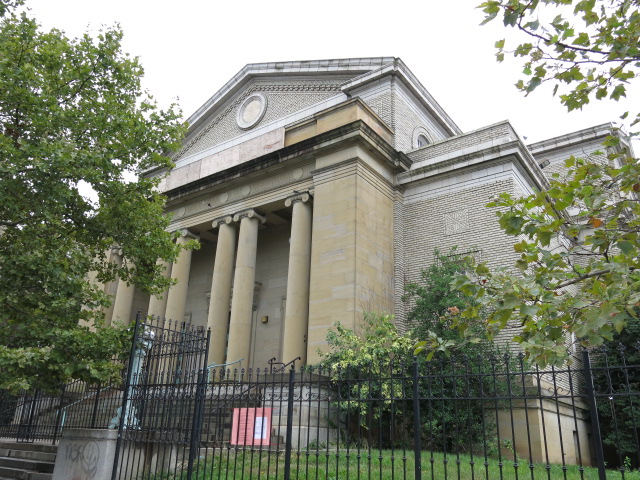 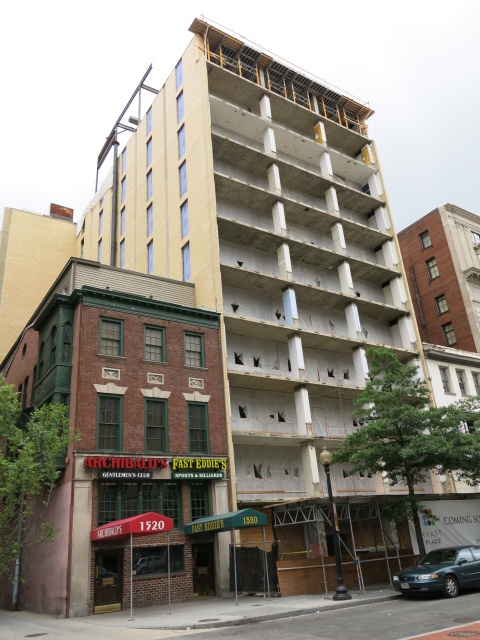 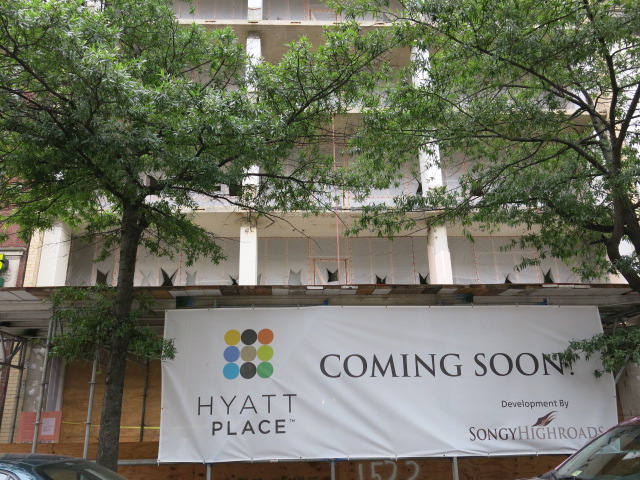 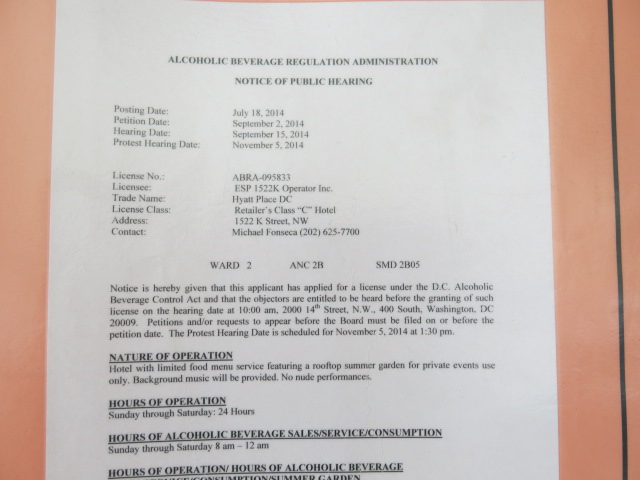 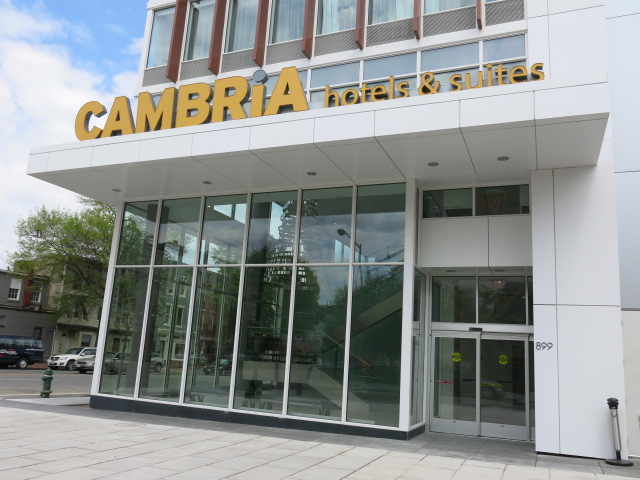 “The Cambria Suites DC is brand new and sits on the corner of 9th and O street. We are officially opening our doors this coming Thursday the 8th of May and are having an open house to meet our neighbors.

The property has 182 suites, a roof top patio complete with a fire pit perfect for receptions. We are located just two blocks from The Walter E. Washington Convention Center, less than a mile from U Street Cardoza, The Howard Theatre, Chinatown, Penn Quarters Arts and Entertainment District and 5 miles from Reagan National Airport.

We are a perfect fit and great addition to The Shaw neighborhood and a perfect option for anyone needing to be in the area for business or leisure.” 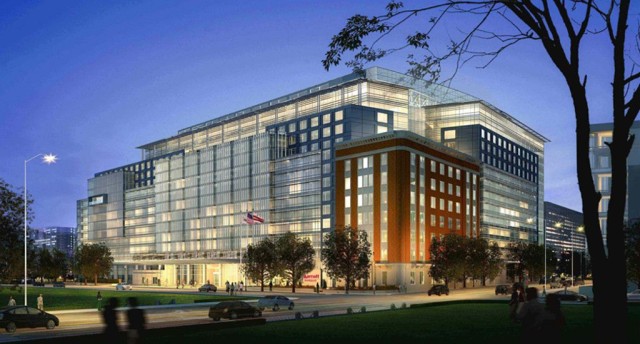