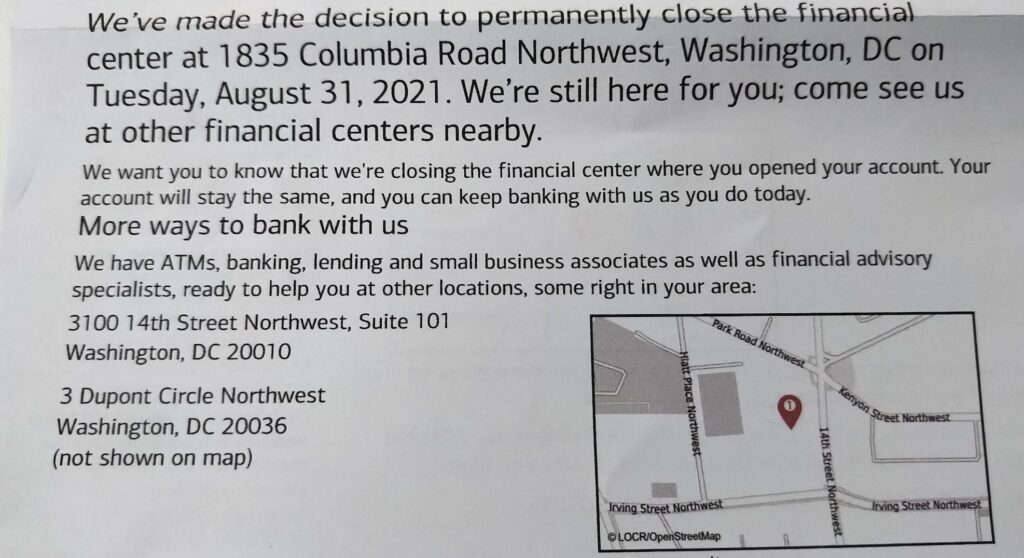 Rec’d this letter in the mail, announcing Bank of America AdMo branch will permanently closed, confirming speculation that banks will shutter for good many Covid-temp. closed branches.

Note that letter mentions only Columbia Heights and Dupont branches as alternatives; END_OF_DOCUMENT_TOKEN_TO_BE_REPLACED 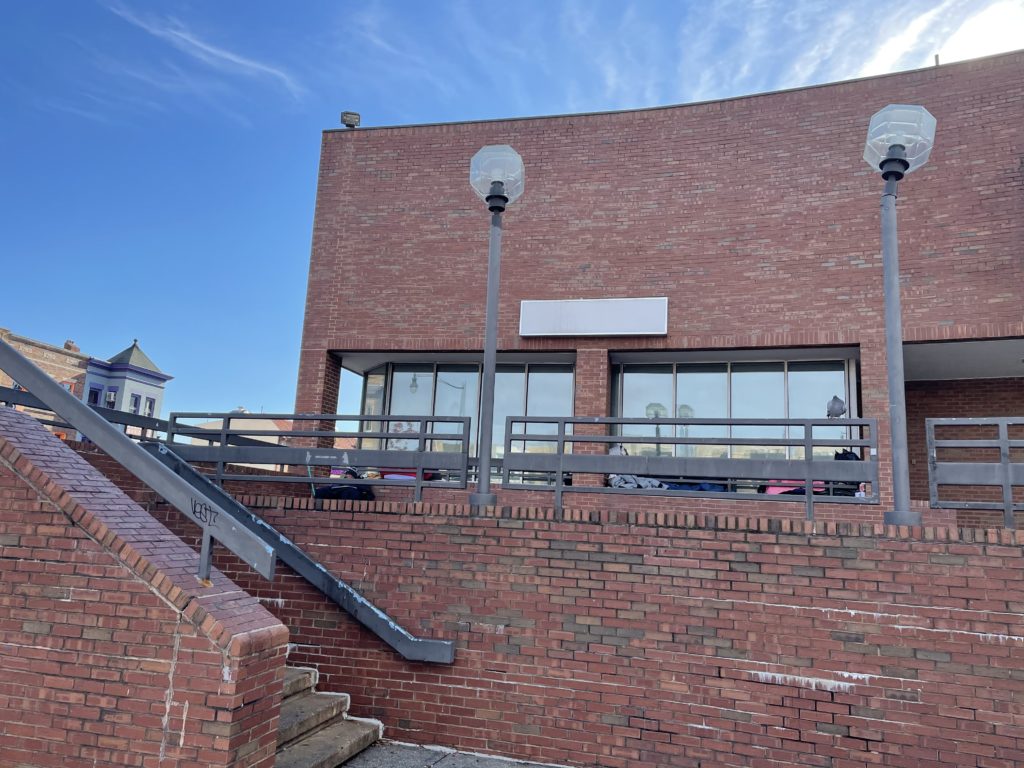 Thanks to Joe for sending word. Could that the plaza development that has been fought for so long could be coming soon? Back in September The Washington Post reported: “A federal judge ruled Wednesday that two community groups have no legal standing to challenge a proposed development project that would raze a long-standing public plaza at the center of Adams Morgan.” END_OF_DOCUMENT_TOKEN_TO_BE_REPLACED 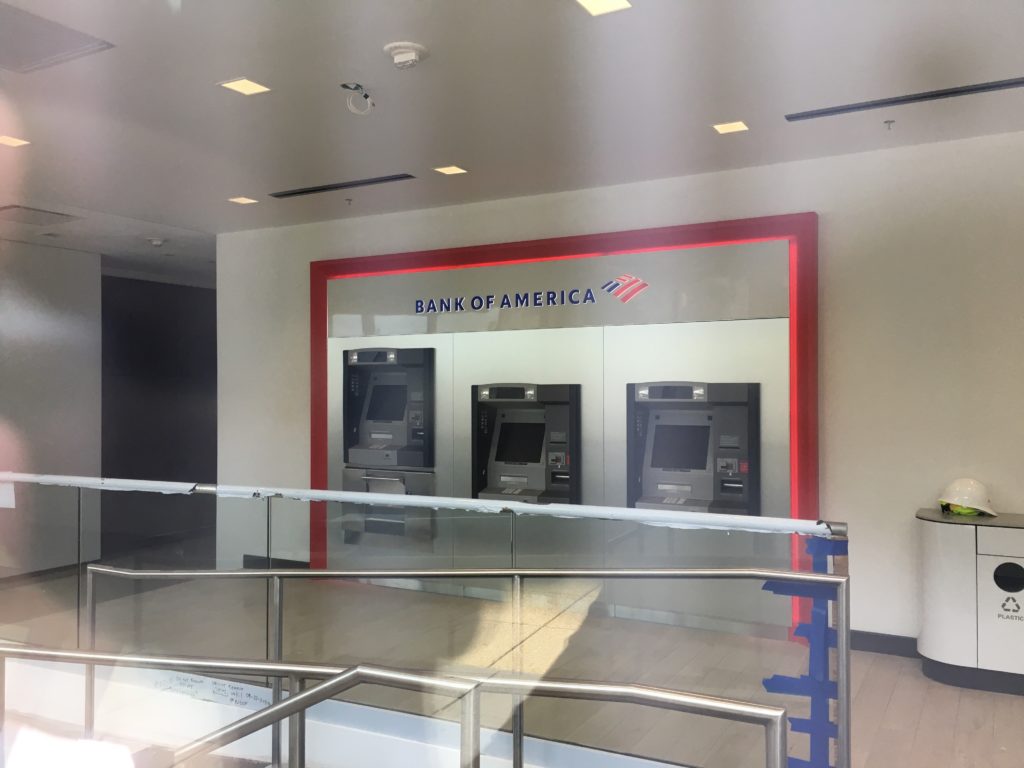 I just walked past the old West Wing Cafe (RIP) space at 1100 First St. NE in NoMa and it looks like it’s becoming a Bank Of America since there several BofA ATMs installed. Just what NoMa needs…NOT.” 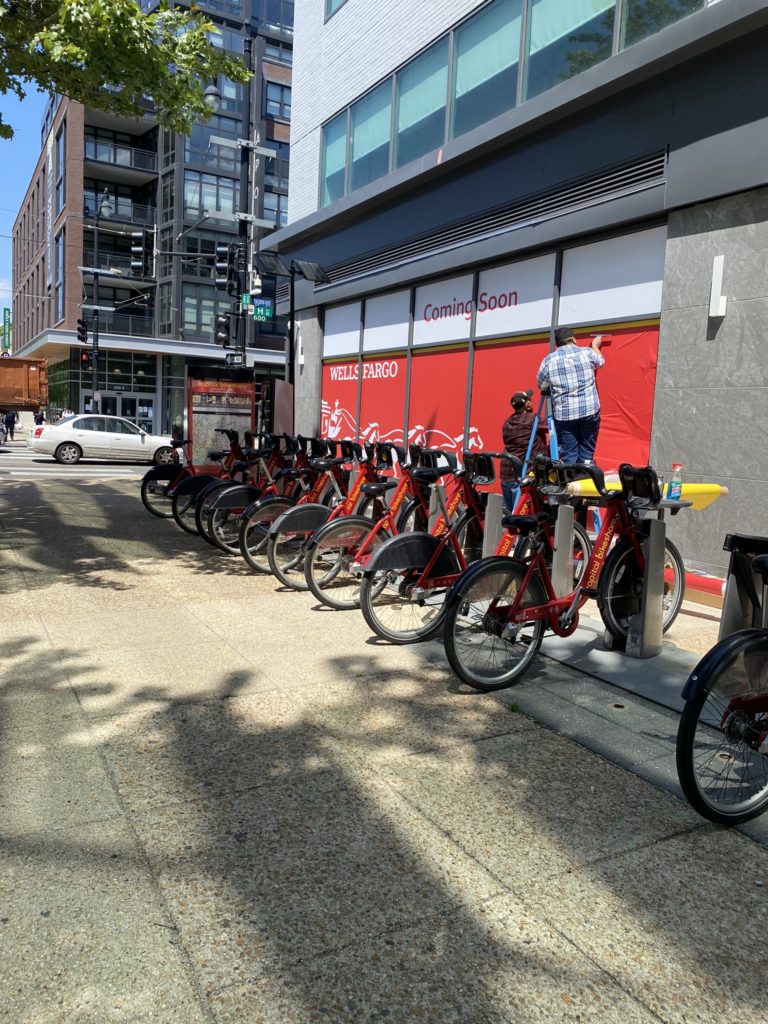 Thanks to Jessica for sharing: “Wells Fargo going in across from h st NE Whole Foods.” 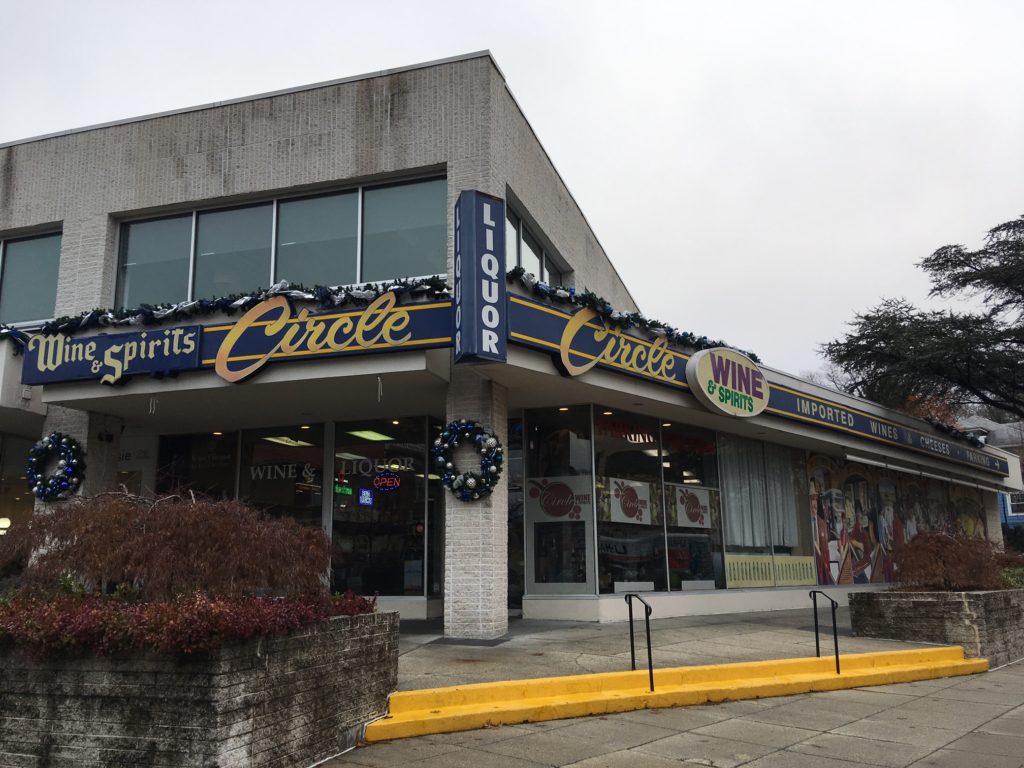 Thanks to Margaret for sending a Nextdoor posting from the local ANC rep:

“Longtime neighbor (since at least 1959) in Chevy Chase DC, Circle Wine & Liquors, will with great regret be closing their 5501 Connecticut Ave. location at the end of December. Their 11 year lease was not renewed and instead the new tenant will be yet another bank (our 7th bank or ATM branch kiosk) in a 4 block stretch in our neighborhood, this time it is Chase Bank. Reportedly, Willco the property owner, negotiated the new lease with Chase for double the rent that Circle was paying thus pricing them out of the market. Circle, which has been in existence as a small business enterprise under different owners, has been a welcome mainstay in the area, and under their current ownership they have also donated thousands of dollars every year to neighboring schools. Circle has been an anchor store for the 5501 Conn. Ave, strip which includes: Blue 44, Fishery Seafood Market, Relaxed Nails & Spa, and C&C Custom Cleaners. All of these are also on Willco property. One wonders if newly negotiated leases for these other establishments might also be in jeopardy when their time runs out resulting in more losses of small business owners.

I will also miss their awesome mural/ode to the old Griffith Stadium: END_OF_DOCUMENT_TOKEN_TO_BE_REPLACED 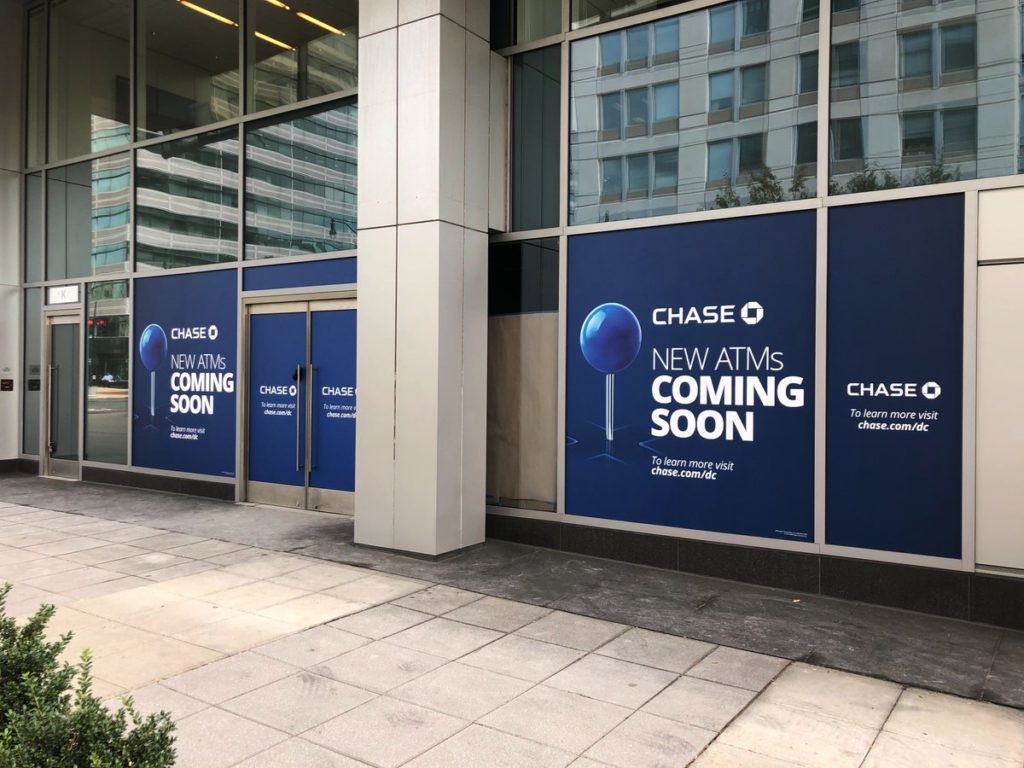 Thanks to Braulio for letting us know: “sigh. 111 K NE, former Buredo spot” in the comments of the Beadazzled bank conversion yesterday.

Will keep my eye on the other former Buredo spots… 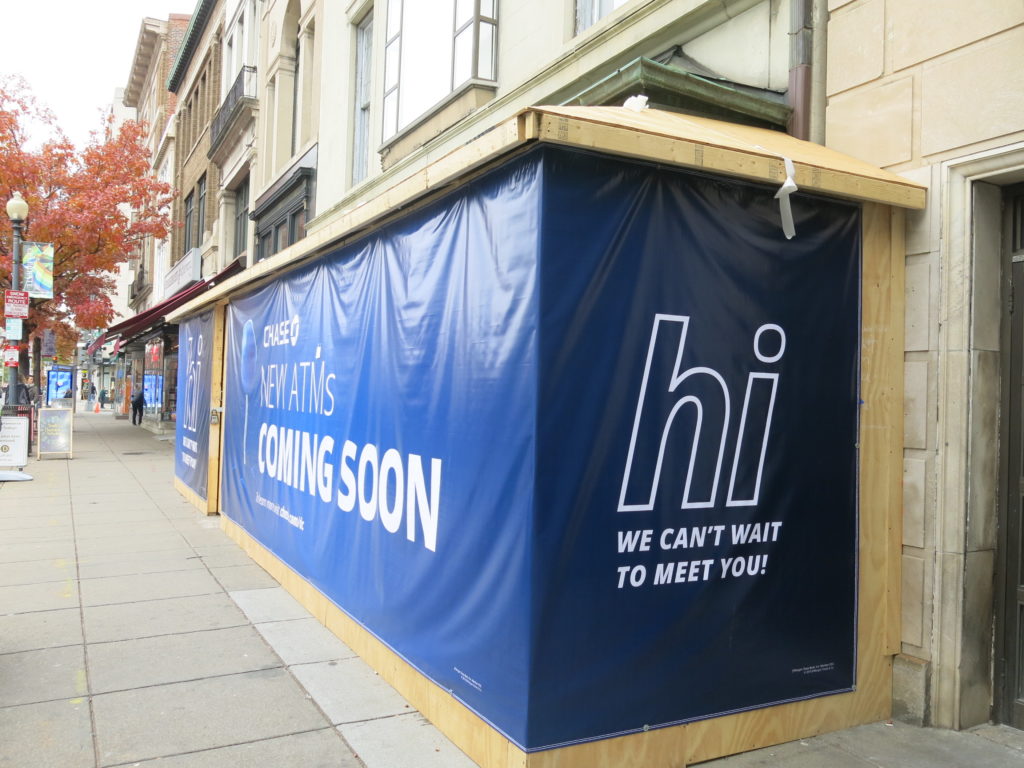 Back in June Beadazzled closed after 29 years in Dupont near Kramerbooks just north of the Circle on Connecticut. Thanks to all who emailed about construction going on in the space. Now we know who’s coming, our new overlords: END_OF_DOCUMENT_TOKEN_TO_BE_REPLACED 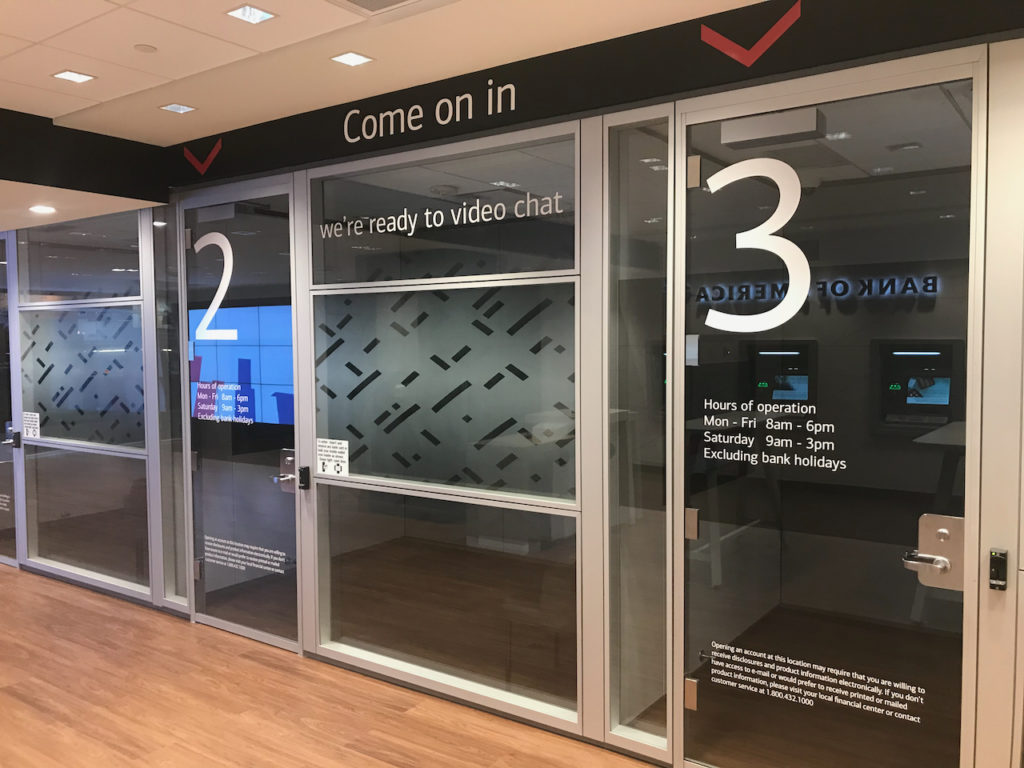 “Saw a new Bank of America branch location open at Union Station today. It’s unattended. You get in with a card (my ATM card from another bank worked). Once inside, there’s just a few ATMs and booths to video chat with someone somewhere. Kind of weird.” 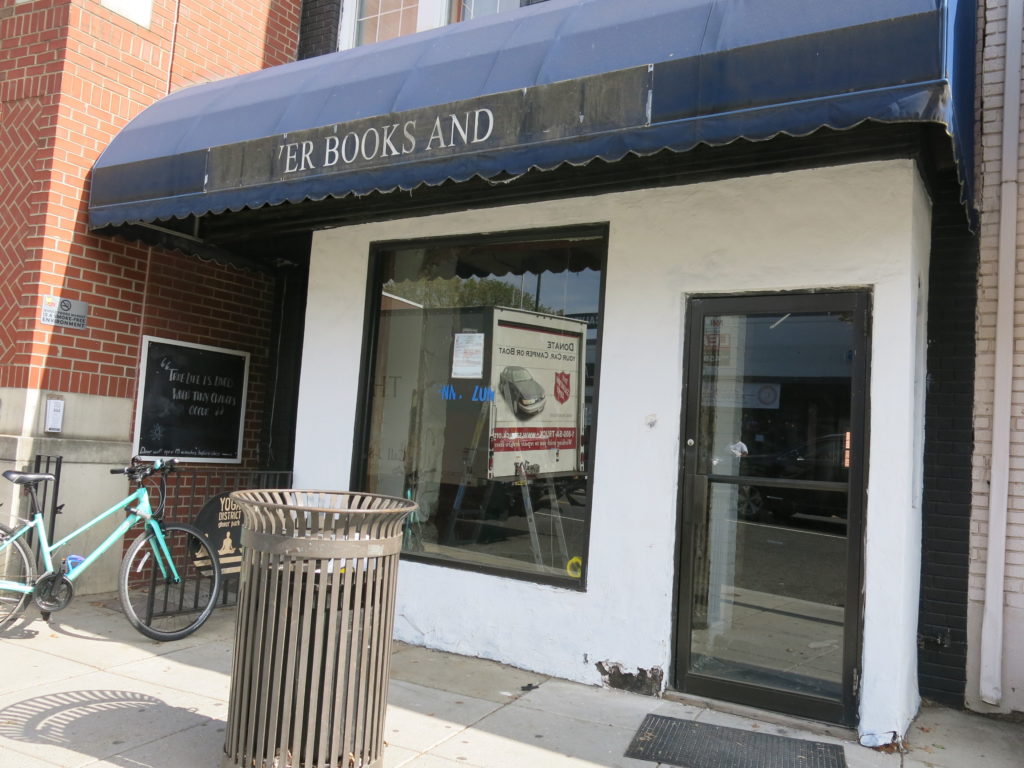 This is the former home to Glover Books & Music and more recently Tennis Zone which moved to Friendship Heights. Bank coming: END_OF_DOCUMENT_TOKEN_TO_BE_REPLACED 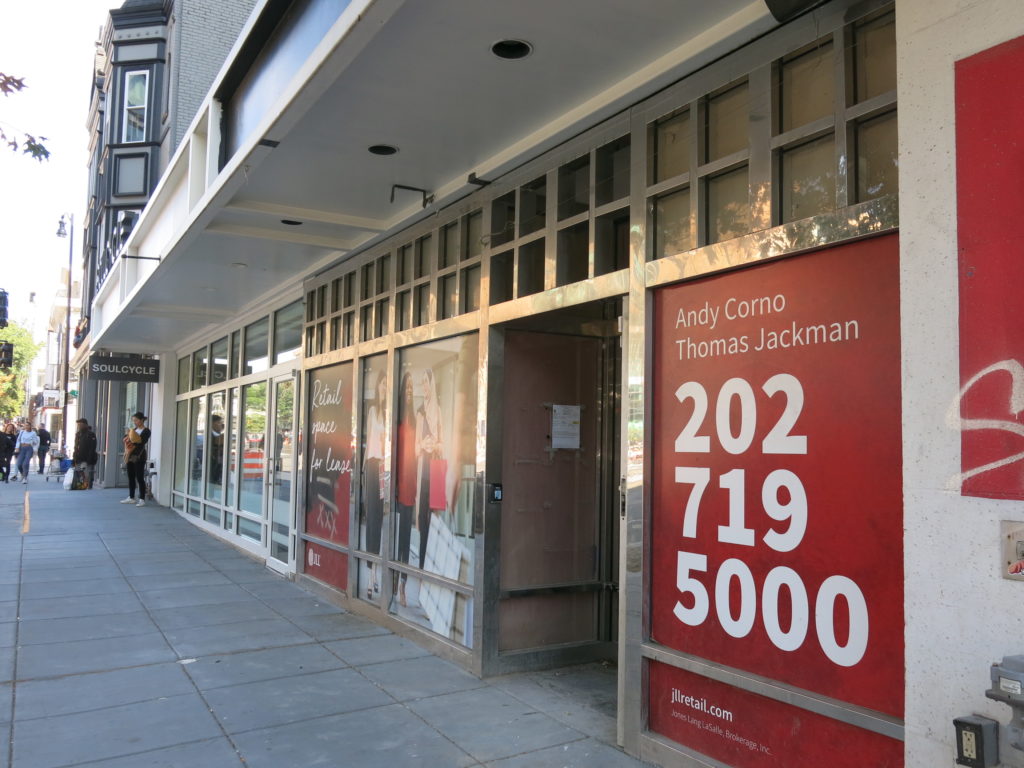 A few storefronts down from the recently opened Capital One and next to Soul Cycle, I’m told, is going to become a Bank of America. END_OF_DOCUMENT_TOKEN_TO_BE_REPLACED