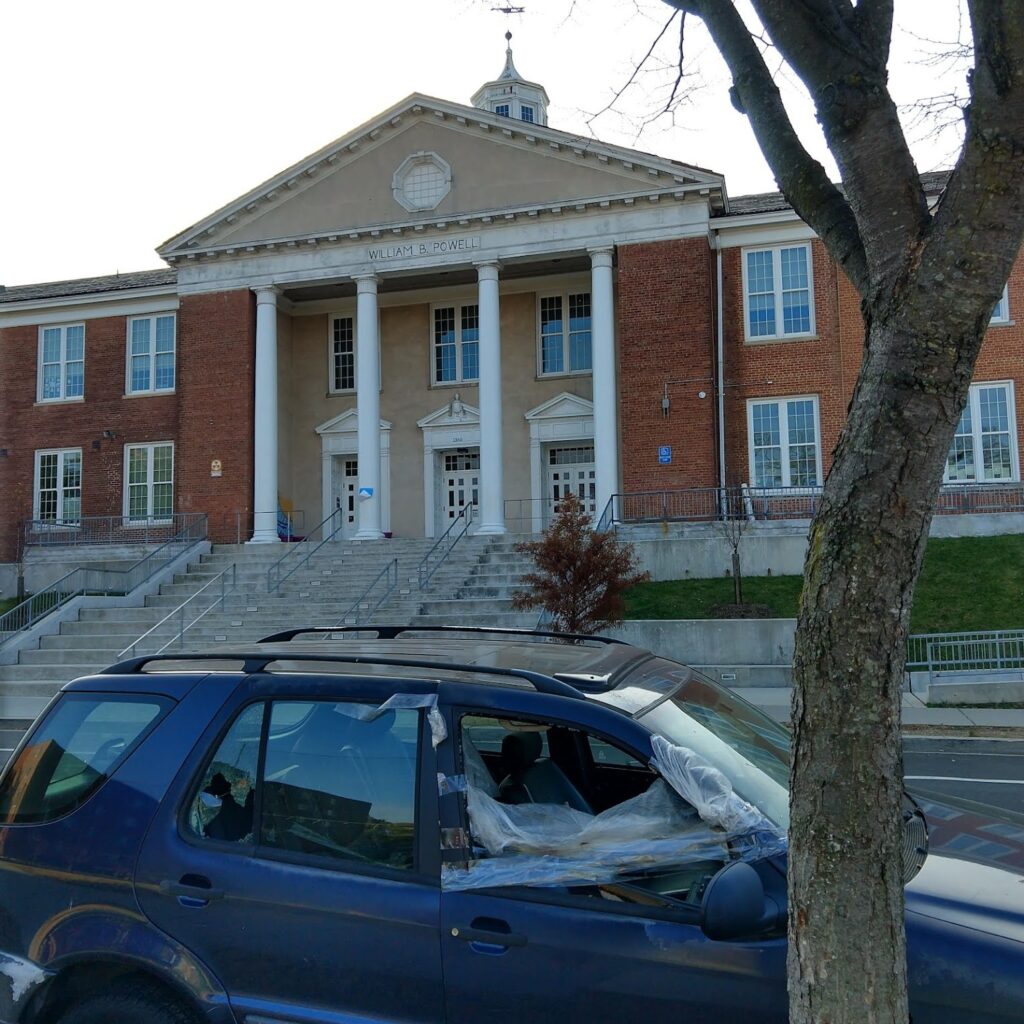 Anyone have ideas on how to get an abandoned car towed? Is Janeese Lewis George’s office good on moving these things along?

I first spotted this thing in maybe early October – windows were smashed in then. Kept forgetting to 311 it and finally got around to it at the end of the month – said it had been there a week just to be conservative. Since then, the 311 site isn’t showing any movement, and there aren’t any tickets on it.

– This thing’s parked across from Powell.

– The abandoned car issue has been going on for years in the District. Apparently no interest from the mayor, Council, DDOT, or MPD in fixing it.”