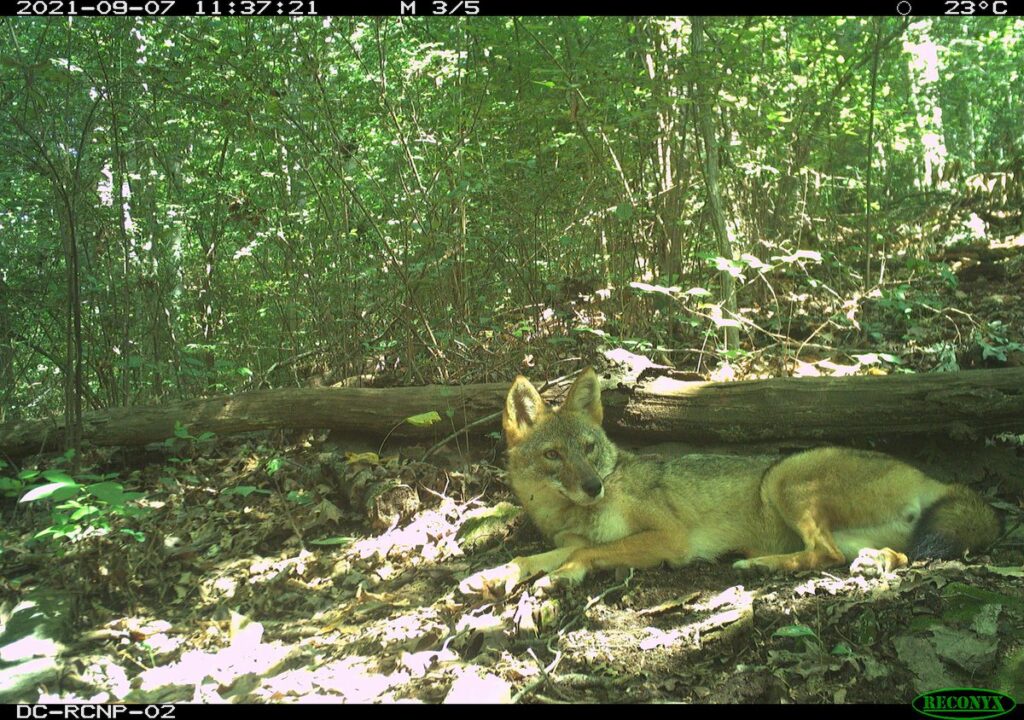 So cool, from the Smithsonian’s National Zoo yesterday:

“This female coyote was spotted in Rock Creek Park in Washington, D.C. as part of #SnapshotUSA, a nationwide study using camera traps in suburban, rural, wild, and urban areas across all 50 states.

Smithsonian conservation biologist Tremie Gregory and George Mason University collaborator Dan Herrera will upload these images into Wildlife Insights, the world’s largest camera trap database, where anyone can upload, analyze, and share their camera trap photos with the conservation community. The eastern coyote is a recent arrival to Rock Creek, migrating to the area around 2016. Coyotes are very adaptable and can live in semi-urban environments. They also contribute to healthy ecosystems by limiting other medium-sized predator populations, allowing greater abundance and diversity of prey species such as song birds!”

Last March we had a cool sighting on the streets of Capitol Hill.

Read more →
More Stories
“Problem Getting Moderna Booster from CVS at Eastern Market”“anyone else noticing an epidemic of nails in tires this year?”