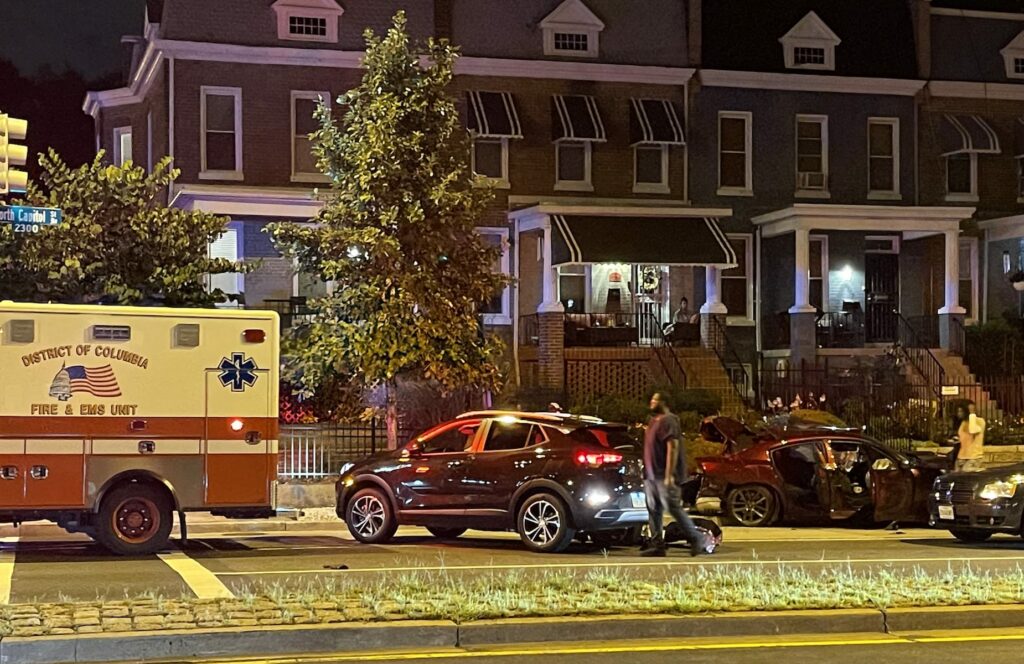 “we saw the aftermath of a bad crash involving four cars on the southeast corner of North Capitol St and Bryant NE. One individual appeared to have substantial injuries and was taken to an ambulance in a stretcher. Notably, she was driving a car with diplomatic plates. Secret Service arrived after MPD. She did not cause the crash. I spoke with a Lyft driver who arrived on the scene shortly after the crash and tried to help the driver of the car that did cause the crash.

Apparently this driver was essentially unresponsive (not necessarily under the influence). 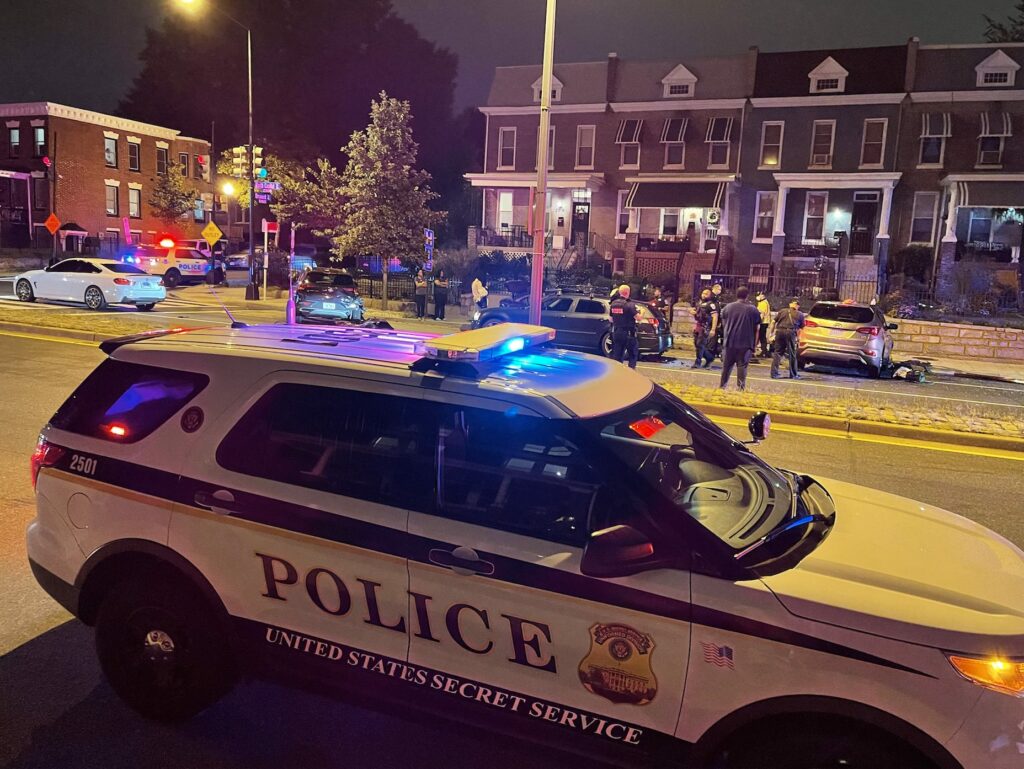 That intersection is a death trap and the new traffic cameras have changed nothing. We live just down the block and watch people drag race through the North Cap tunnel under Rhode Island every day, often continuing at ultra-high speed past Bryant. Nothing is ever done about it. The idea that a couple traffic cameras (in the wrong location) might change anything is risible. DDOT and MPD do not take North Cap hazards seriously–always applying a band-aid, at best–and the result is more crashes and more deaths.”