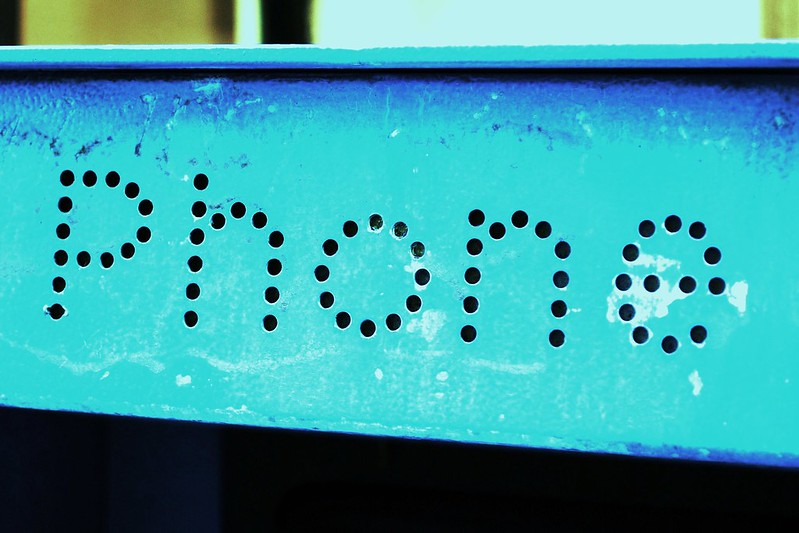 Dave Statter covered public safety in the District of Columbia and the region as a reporter for WTOP Radio & WUSA-TV. His website, STATter911.com, focuses on fire, EMS and 911 issues and videos. Dave currently runs STATter911 Communications in Arlington, VA.

PoP-Ed. posts may be written about anything related to the District and submitted via email to princeofpetworth(at)gmail(dot)com please include PoP-Ed. in the subject line.

Between the pandemic and the wave of violence in the District of Columbia, no one wants another reason to fear for their health and safety or for the well-being of their family. But there’s another crisis. One that’s mostly being ignored by political leaders and the news media. DC 911 is in desperate shape.

Handling almost two million calls each year, there’s no other local public safety agency in the region with more impact on our health and safety than DC’s Office of Unified Communications (OUC). Right now, the person in charge of OUC is struggling to get staff to show up for work and making sure those who do, put in a full shift. And with Covid cases rising among the unvaccinated, this 911 staffing problem may soon get much worse. OUC is the DC agency with the lowest percentage of vaccinated workers – less than 35%.

All of this and more was revealed in a July 16 email from OUC’s Interim Director Cleo Subido. The email put the 911 staff on notice that it’s no longer business as usual. Subido made clear she isn’t tolerating past practices that resulted in delayed emergency calls, blown addresses, and the failure to monitor and answer emergency radios. Subido wrote, “We are committed to following the rules and being transparent about it. Anything that gets in the way of us improving performance, treating each other with respect, providing our responders and constituents with the care they deserve, or meeting the objectives of our mission – I will handle without delay.”

This is a new tone from city leaders. Even when faced with deadly DC 911 mistakes, Mayor Muriel Bowser denied and deflected, saying DC was lucky to have its previous director, Karima Holmes, who was in charge for five-years.

Holmes went before the DC Council to explain there was nothing wrong when it took four-minutes for 911 to dispatch DC Fire & EMS to help police officers trying desperately to rescue two people trapped in a burning home at 708 Kennedy Street, Northwest. A man and a child died in the August 18, 2019 fire. And for five months last year, no one in charge would explain why DC Fire & EMS was sent to the wrong quadrant of the city to help a 13-year-old girl doing CPR on her mother. Despite her daughter’s efforts, Sheila Shepperd died. Even though it was known right away internally that a 911 call-taker made the error, the silence left open the possibility a panicked teenager gave the wrong address. The truth — that the teen did everything right — only came out because a trade publication, “Communications Daily”, got its hands on the 911 recording through a Freedom of Information Act request.

But that was then, and this is now. In her first appearance before the Committee on the Judiciary and Public Safety in March, Subido acknowledged more problems and challenges at OUC than the previous director did in her entire five years of hearings. Subido, in multiple responses to DC Council member Janeese Lewis George, acknowledged for the first time the accuracy of dozens of mistakes and problems I uncovered over the past year. Previously, when asked about my findings by reporter Tom Sherwood, Mayor Bowser replied, “I am not going down that rabbit hole with Dave Statter.”

Subido, with six months on the job, found a lot to worry about in that rabbit hole. She has acknowledged the agency is attempting to work on a back-to-basics approach. This includes focusing on fundamentals like knowing DC’s geography roads and landmarks, increasing accuracy on addresses and, as ridiculous as it sounds, making sure emergency radio traffic is promptly answered. I’ve documented 18 occasions in a year and a half where firefighters, EMTs and paramedics couldn’t get a dispatcher to answer for minutes at a time. On July 19, OUC left a channel unstaffed for 20 minutes, missing eight radio transmissions from fire and EMS units assigned to medical calls. In 50 years of monitoring emergency radio traffic, almost 40-years as a reporter and even four years as a fire department dispatcher, I’ve never encountered another 911 center that chronically fails to answer the radio when fire and EMS calls.

Before she can even get 911 back to the basics Subido must have a 911 staff on the job, in place and following orders. Her email instituted mandatory overtime and restricted leave because the 911 center can’t meet minimum staffing levels. Leave policies she inherited have resulted in only half the work force available to schedule at any given time. The training staff – which was working on the back-to-basics approach – has been re-assigned to work in the 911 center.

Subido is facing challenges just getting 911 staff to follow orders on things as simple as sitting at the proper radio consoles and not leaving work early. She wrote, “I am not sure when it became ok to ignore directives, but I promise you, I won’t tolerate it.”

It’s not all bad news. Subido is getting high marks from 911’s two most important clients – the police and fire departments. I’ve heard privately from ranking officials in both agencies who say that for the first time there’s a real partner at OUC. They describe Subido as working closely with them to solve long-standing problems dispatching fire, EMS and police.

None of this will be fixed overnight and it’s unclear if ultimately Subido will be doing the fixing. Almost eight months after the departure of previous director Holmes no name has been submitted to the DC Council for confirmation. The office of Deputy Mayor for Public Safety and Justice Chris Geldart says, “The appointment of any director is considered a personnel matter” and will not answer questions on the topic.

Two OUC questions at Mayor Bowser’s Wednesday press conference failed to elicit support for the reform minded Subido. Asked by NBC Washington’s Mark Segraves about staffing and other issues, Bowser made no mention of Subido. Instead, she mostly sang the praises of the 911 workers and acknowledged hardships they faced. When asked if Subido was in the running for the permanent job, Bowser told Tom Sherwood, “I don’t have anything to say about the recruitment.”

Hanging over everything is an ongoing audit. DC Auditor Kathy Patterson, prompted by concerned ANC leaders and my reporting, has a contractor working on an OUC report. It’s expected in the fall.
Meantime, we have Cleo Subido’s email acting as an instant audit. Subido concluded her message reminding the staff that they will pull out of the current difficulties, “When things turn around, and we sort out who wants to work here and who doesn’t, maybe we can start looking at more development opportunities so that people can advance and get the necessary skills to do something other than the job they have right now. I am looking forward to that time.”

The big question is whether Cleo Subido, with her focus on reforms and transparency, will be around when that time comes.