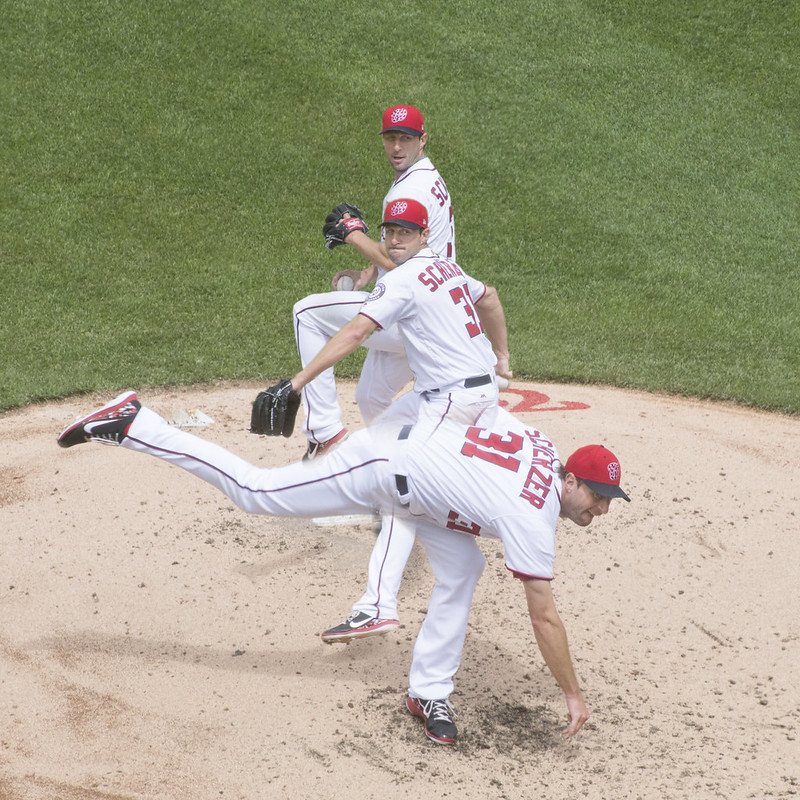 “Today is heart wrenching as we say goodbye to two of the most accomplished players and two of the best people in our team’s history. On behalf of my family and the entire Washington Nationals organization, I want to thank Max and Trea for their invaluable contributions both on the field and in the community, where each have been selfless with their time and resources over the years. Trea’s electric combination of speed and power brought so much excitement to games at Nationals Park, and the three games in which he hit for the cycle will always live in Nationals lore.

As for Max, I think I speak for Nationals fans everywhere when I say that it has been the highest privilege to watch him give everything he has on the mound every fifth day, pitching through anything and everything to help our team win. I have said many times that he is the greatest competitor I have ever had the pleasure of watching. From the two no-hitters to the 20-strikeout game to Game 7 of the World Series, Max has rightfully secured his place among the all-time greats in D.C. sports and Major League Baseball history, and it will be an honor to watch him get inducted into the Hall of Fame one day.

Without Max and Trea, we never would have brought the World Series trophy back to the nation’s capital and had that joyous parade down Constitution Avenue. The Nationals organization is forever grateful for their excellence on the field and exemplary leadership in the clubhouse, and we wish them both nothing but the best in the next chapter of their careers.”

Ruiz, 23, is the top prospect in Los Angeles’ Minor League system and the No. 16 prospect in baseball, according to Baseball America. He hit .311 with 18 doubles, 16 homers, 45 RBI, 23 walks, 27 strikeouts and 39 runs scored in 52 games for Triple-A Oklahoma City this season. Ruiz led the Dodgers’ system and ranked among all of Minor League Baseball (full season) in slugging percentage (6th, .631) and OPS (10th, 1.012). Ruiz has appeared in six Major League games in 2021. He clubbed a home run in his first game of the season, May 4 at Chicago (NL). It was a pinch-hit solo home run off Kyle Hendricks.

Gray had his contract selected on July 20 and made his Major League debut that day against the San Francisco Giants. He allowed four earned runs on four hits with seven strikeouts and one walk in 4.0 innings out of the bullpen. He made his first Major League start on July 25 vs. Colorado, allowing two earned runs on three hits with six strikeouts and four walks in 4.0 innings of work. He spent the 2020 season at Los Angeles’ Alternate Training Site.

Gray was Los Angeles’ 2019 Minor League Pitcher of the Year after leading their system with 147 strikeouts and ranking among Dodger farmhands in wins (T1st, 11), starts (T1st, 25) and innings pitched (3rd, 130.0). All told, he went 11-2 with a 2.28 ERA across three levels of Los Angeles’ Minor League system in his first full professional season.

Carrillo spent the 2020 season at the Dodgers’ Alternate Training Site and was added to their 40-man roster following the season.

A native of Guadalajara, Mexico, Carrillo has pitched to a 3.73 ERA with 238 strikeouts in 253.2 innings pitched across four professional seasons (2017-21). That includes a breakout campaign in 2018 in which he went 4-1 with one save and a 1.50 ERA in 13 games (10 starts) between the rookie-level Arizona Dodgers and Single-A Great Lakes.

More Stories
“Reported bomb threat between H Street bridge and G + 2nd St NE.”“damage to a home, which was a result of the gunfire”