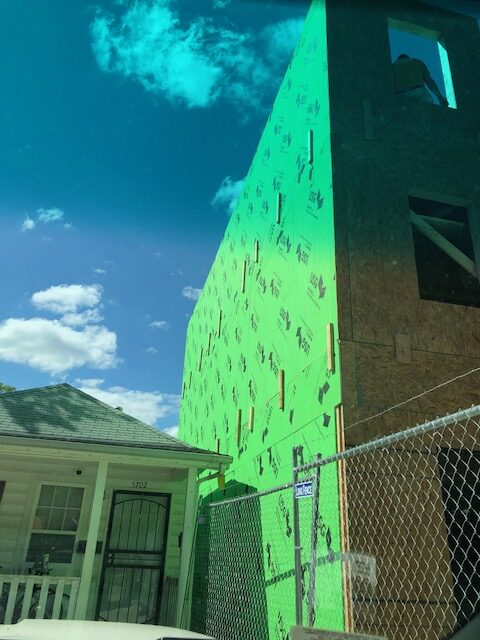 I’m 2015 we bought a small, single family home in Deanwood. The home was next to a vacant lot. In December of 2019, a developer purchased the lot.The plans that were sent to us via neighborhood notification did not reflect the permits that were issued and the work that was done. The house is 23 inches from our property.

In an R-2 zone the developer has a choice of building an attached or semi-detached structure with an 8ft setback. This developer is planning to build home in the neighboring lot therefore he chose to build directly onto the property line rather than leaving room between properties. The developer came onto our property line and caused damage to our foundation. Every time we left the house, unauthorized work would be performed such as stripping the existing waterproofing off of our foundation without proper inspection, filling our property with concrete without our permission, over digging yo expose our gas line causing a leak and trespassing onto our property to move furniture and personal property so they could remove a tree. 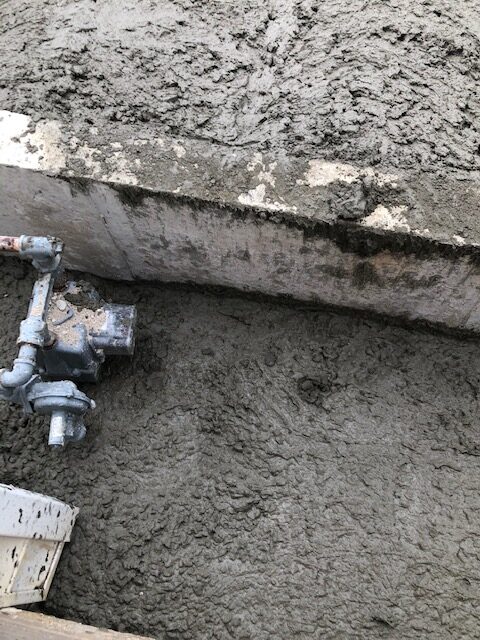 Despite numerous DCRA violations for failure to protect our property and two DOEE violations for storm water which flooded our basement, the developer was allowed to continue construction once fines were paid. Stop work orders were lifted twice with no explanation. One of my contacts at DCRA told me off the record that the plans approved by DCRA should have never been approved. However, if DCRA stopped the project they could potentially get sued by the developer so the “higher ups” (chief engineer) had decided to override the concerns of the inspectors and DOEE who stopped the work and let the project continue. We spent $750 on an engineering report requested by DCRA that stated there would be a potential for future damage and flooding by storm water from the neighboring property. DOEE even got a hold of the construction plans and requested that DCRA stop construction because the “proximity of the construction would cause potential future damage.” Our newly finished basement was damaged once again with run-off from the construction site after the last rainstorm. We have consulted a few attorneys that have stated that it would be difficult to do anything at this point. Our ANC suggested going to Superior Court and stopping the work. Looking for input or guidance.“