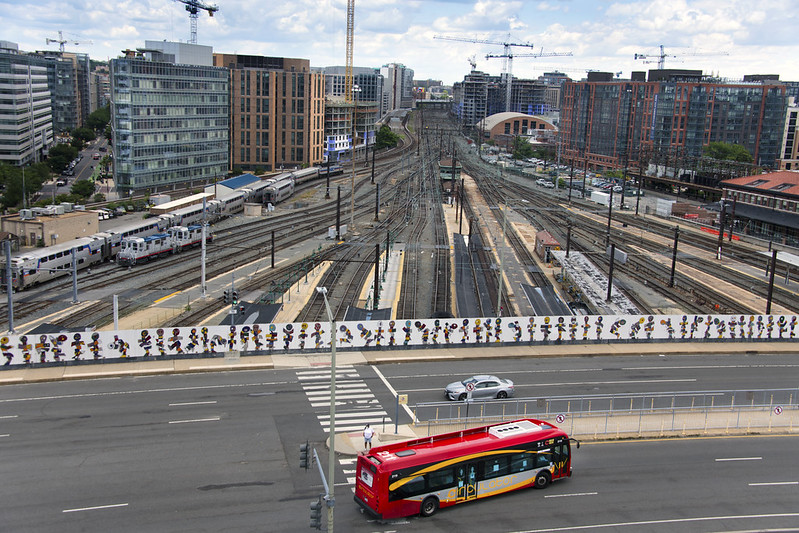 “This July, the Bowser Administration is celebrating 16 years of DC Circulator connecting DC residents and visitors to many of the District’s main attractions and liveliest corridors of business, culture, and entertainment. Beginning Monday, July 12, DC Circulator riders will have an opportunity to share their experience riding the system through the annual DC Circulator survey, which helps the District improve and deliver great service.

“The best gift riders can give to DC Circulator for its 16th birthday is feedback on their ridership experience,” said DDOT Acting Director Everett Lott. “Customer feedback is critical to DDOT’s work to plan, improve, and expand the DC Circulator system, so the more feedback we receive the better.”

In addition to the annual survey, every three years the DC Circulator relies on rider feedback to update the Transit Development Plan, which guides future growth of the system. In the 2020 update, DDOT used stakeholder feedback to determine the best route to return service to Ward 7, proposed improvements to the system operations and performance District-wide, as well as an extension of the Dupont Circle-Rosslyn (RS-DP) route to U Street NW.

Since 2015, the DC Circulator upgraded over half of its fleet to state-of-the-art 100% electric vehicles; by 2030, the full fleet will consist entirely of buses that run solely on clean energy.

Earlier this year, Mayor Bowser announced that, based on feedback from the community, a new proposed route was selected for the return of DC Circulator service to Ward 7. The new 14.56-mile DC Circulator route, which will launch in 2023, will provide a unique east/west connection between Ward 6 and Ward 7, supplementing the existing WMATA Route 97 service, which only operates during peak hours. The route will serve Deanwood, Benning Road, Stadium Armory, and Union Station Metrorail stations.

In February 2019, the Mayor made DC Circulator free for riders as part of #FairShotFebruary. Since then, in response to increased ridership and to promote the use of convenient and accessible public transportation, she extended free rides multiple times. Most recently, the DC Circulator became free at the beginning of the COVID-19 pandemic and has remained free since March 2020.

In the Mayor’s Fiscal Year 2022 Fair Shot Budget proposal, she invested $6.5 million to keep DC Circulator free, and to support ongoing investments of maintaining the reliability of the bus system and acquiring electric charging stations for the fleet. However, this week, the Council voted to eliminate free rides on DC Circulator.

The DC Circulator survey will remain open until August 12. To take the survey, please visit dccirculator.com/survey. Any questions can be directed to [email protected]”