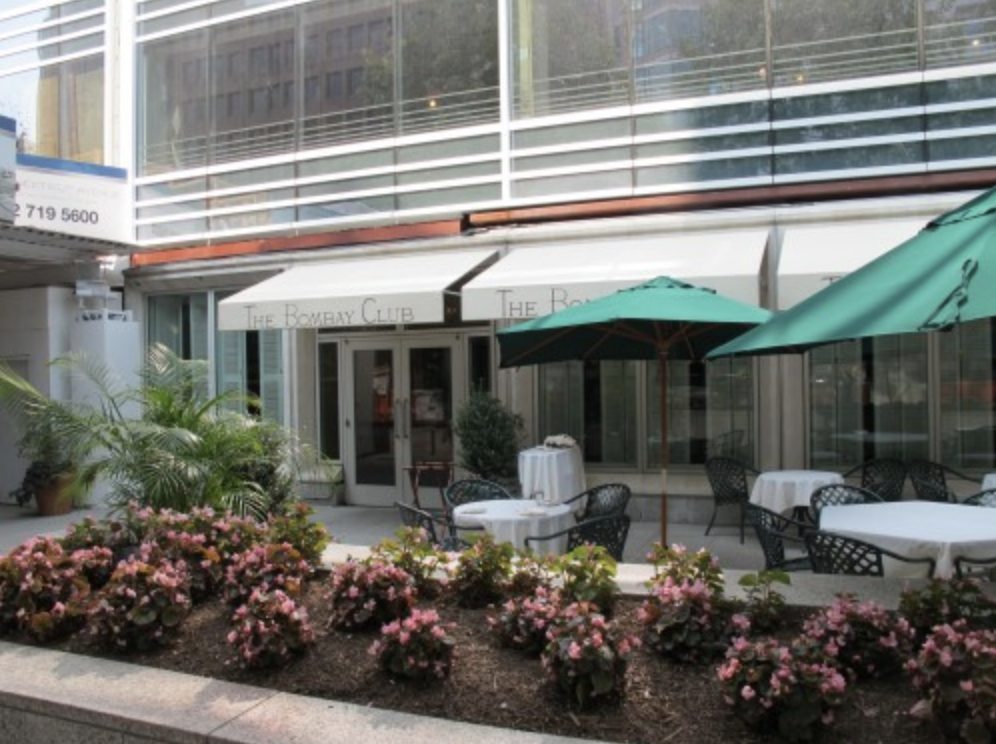 “Noted restaurateur Ashok Bajaj’s first Washington restaurant, The Bombay Club, will close on Sunday, July 4, for a total renovation in both the front and back of the house, reopening for service on Monday, August 2. Executive Chef Nilesh Singhvi will also introduce new dishes while keeping the signature classics at this landmark restaurant, situated steps from the White House at 815 Connecticut Ave, NW. The Bombay Club opened in 1988, as Washington’s first sophisticated Indian restaurant. It has consistently received high praises from dining critics, noting the exceptional experience the restaurant afforded diners. U.S. presidents and celebrities alike have returned repeatedly for the classic Indian fare, enjoyed in a plush setting that was designed for gracious entertaining.

“The Bombay Club has grown steadily every year in terms of new and repeat patrons, representing that this international city has a dining audience that appreciates authentic Indian fare and the restaurant’s location, near the White House, has certainly been a factor in making it a power dining spot for over three decades,” say Ashok Bajaj. “It is time to update the restaurant with a new look that represents modern India. We will be incorporating original works of art and contemporary décor elements, as well as creating a new kitchen for our culinary team. Everything about The Bombay Club is changing including the table settings, glassware, furnishings, and lighting. The grand piano will stay as live music is one tradition that our diners would not want to lose.”

The restaurant’s new design scheme is being led by Harry Gregory of London-based ARA Design, the design firm of record for many of Knightsbridge Restaurant Group’s award-winning restaurants since the company was founded in Washington, DC. Gregory has been responsible for every design scheme enhancement at The Bombay Club since it grand opening. The existing private dining room, bar/lounge, and spacious main dining room’s present décor, reminiscent of the old clubs in India, will take on a new vibrant color scheme set against silk on the walls.

“We are keeping the good bones of The Bombay Club intact while updating the furnishings and décor as we move forward to bring a fresh look of modern India to the nation’s capital, “say the designer of record, Harry Greggory. “Commissioned artwork that is totally unique, plays an integral part in setting the new tone for this landmark restaurant.”

According to the designer Greggory, the original features such as the large hand-made brass chandelier, created and imported from India, remain along with ceiling coffers, window shutters, classic wall paneling and the traditional bar counter. However, these features are now part of a new contemporary space with a relaxed and understated color scheme. Cool grey, with punches of royal blue and turquoise, provides a calm atmosphere in which to enjoy The Bombay Club’s exquisite menu.

Modern Italian furniture and lighting blend seamlessly with the original features and provide a contemporary interior. All the freestanding furniture is new. The existing banquettes have been fully updated and re-upholstered, with a striped velour fabric which adds a sense of luxury and sparkle to the new interior.

The private dining room has its own “wow” factor – with specially handcrafted and printed wallcovering from the Scottish company, Timorous Beasties, renowned for their highly unusually and very decorative wallcoverings. The design, called Totem Damask Wallpaper, has no pattern match. The design is printed to fit the dining room walls. It is a work of art.

The bar and lounge area contains comfortable armchairs and sofas covered in turquoise and yellow upholstery which provide a fun punch to the space. The bar counter is a masterpiece statement, with its striking new blue color paint finish. This element provides a sharp contrast to its previous dark oak color. A large feature pendant adds understated glamour to the bar counter itself.

One of the special features of The Bombay Club is the curated art package. These pieces have been specially commissioned for the restaurant to provide an insight into Indian costume, dance, and culture, all with a modern twist. In the main dining room, one will find a new focal point. A beautifully colored new original art installation, painted with oil and acrylic on a fine cotton canvas, that is an impressionistic view of the traditional Indian Kathak dance. There are also 10 silhouettes made with brushed aluminum, that also display the motion and energy of dancers as they float within black box frames accented with silver, set against a dramatic dark silk wallcovering. Photography depicting traditional Indian culture is juxtaposed by contemporary color saturation, which gives the images a modern feel, while honoring the subjects depicted. In the bar area, a set of seven prints of various sizes, with traditional framing and contemporary finishes, achieve a timeless feel for the photography. These images have also been selectively colored for impact. The frames that house them have a pewter finish with double white mounts and beveled slips, showcasing each piece of artwork.

In addition to the renovations, Bombay Club’s Executive Chef Nilesh Singhvi will feature new menu items showcasing gourmet cuisine highlighting the diversity of India’s regional dishes. The Bombay Club will continue to serve the popular, indulgent Sunday brunch buffet, featuring unlimited sparkling wine. Singhvi is an accomplished chef with extensive experience including working as the executive chef of Taj Group Hotels, the leading luxury hotel chain in India. His cuisine represents the various regions of India, utilizing only the best quality ingredients to create a harmony of classic flavors.