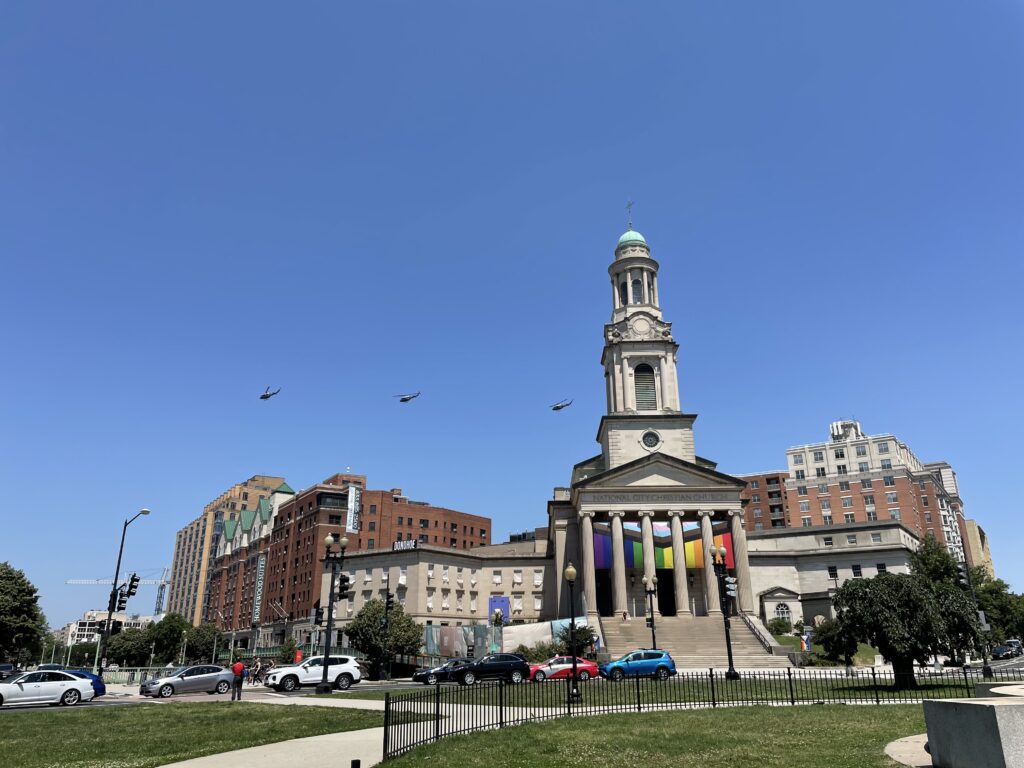 The response from DoD follows.

Thank you for your inquiry regarding Department of Defense (DoD) helicopter activity within the District of Columbia. The DoD limits helicopter operations in the National Capital Region (NCR) to defense against airborne threats, emergency evacuation and periodic transport of key officials, and support of civil authorities during crises.

All rotary-wing aircrews are required to minimize noise over populated areas by flying at the highest possible altitude that still allows them to safely meet mission requirements. However, aircraft must also remain below the Federal Aviation Administration’s (FAA) airspace that protects fixed-wing aircraft flying into and out of nearby airports. DoD limits night flights to the minimum required to ensure the safety and proficiency of aircrews flying in the NCR. To the maximum extent possible, night training flights are conducted over unpopulated areas outside the District.

DoD shares your concern for the safety of District residents and our aircrews. For example, U.S. Northern Command and the North American Aerospace Defense Command operate Army UH-60s, Air Force UH-1Ns, and Coast Guard MH-65s, all of which have two engines that reduce the likelihood of a forced landing in a populated area. Marine Helicopter Squadron One (HMX-1) flies several different aircraft, all with two engines. Furthermore, we are in the process of transitioning the only remaining model of single engine helicopter, the AF UH-1, to the dual engine MH-139. This transition will begin in Fiscal Year 2027.

HMX-1 conducts periodic day and night training flights in the vicinity of the Naval Observatory to ensure aircrew proficiency. Whenever possible, HMX-1 schedules and coordinates its night training flights in the early evening to help minimize disruptions to nearby residents. While DoD issues press releases to local media several days ahead of scheduled large scale rotary wing exercises in the NCR, for the security of key personnel, HMX-1 does not announce prolonged training missions and operations to the general public.

Finally, regarding the findings of Government Accountability Office Report 021-200, we greatly appreciate your leadership in helping to increase the sharing of helicopter noise information with local aviation units. This data will enable all rotary-wing operators to better coordinate with the FAA and help establish quieter routes in the NCR. AU DoD aircrews are expected to “fly neighborly” with regard for the safety and comfort of persons on the ground at all times. We look forward to working with you to ensure the DoD is meeting the highest possible standards for safe and considerate airmanship as we conduct our vital missions in the NCR.

Thank you for your continued support of our Service members.

More Stories
Apropos of nothing at allJune 16 Coronavirus Data Posted: 49,232