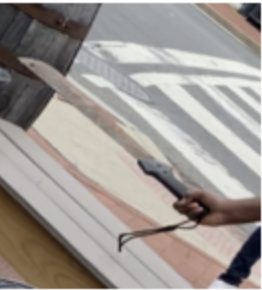 “Detectives from the Metropolitan Police Department’s Third District announce an arrest has been made in reference to an Assault with a Dangerous Weapon (Machete) offense that occurred on Saturday, June 12, 2021, in the 500 block of Florida Avenue, Northwest.

At approximately 3:00 pm, the suspect approached the victim at the listed location. The suspect brandished a machete and threatened to stab the victim. The suspect then made derogatory comments towards the victim and fled the scene. No injuries were reported.

On Sunday, June 13, 2021, a 13 year-old juvenile male, of Northwest, DC, was arrested and charged with Assault with a Dangerous Weapon (Machete).

The Metropolitan Police Department is investigating this offense as potentially being motivated in whole or in part by hate or bias. The designation can be changed at any point as an investigation proceeds and more information is gathered. A designation as a hate or bias-motivated crime by MPD does not mean that prosecutors will prosecute it as a hate crime. The Special Liaison Branch is assisting with this investigation.”

“The victim was walking to Shaw’s Tavern, on Florida Avenue NW near 6th Street NW, at about 3 p.m. Saturday when the suspect began harassing him and using anti-gay slurs, a police report says.”