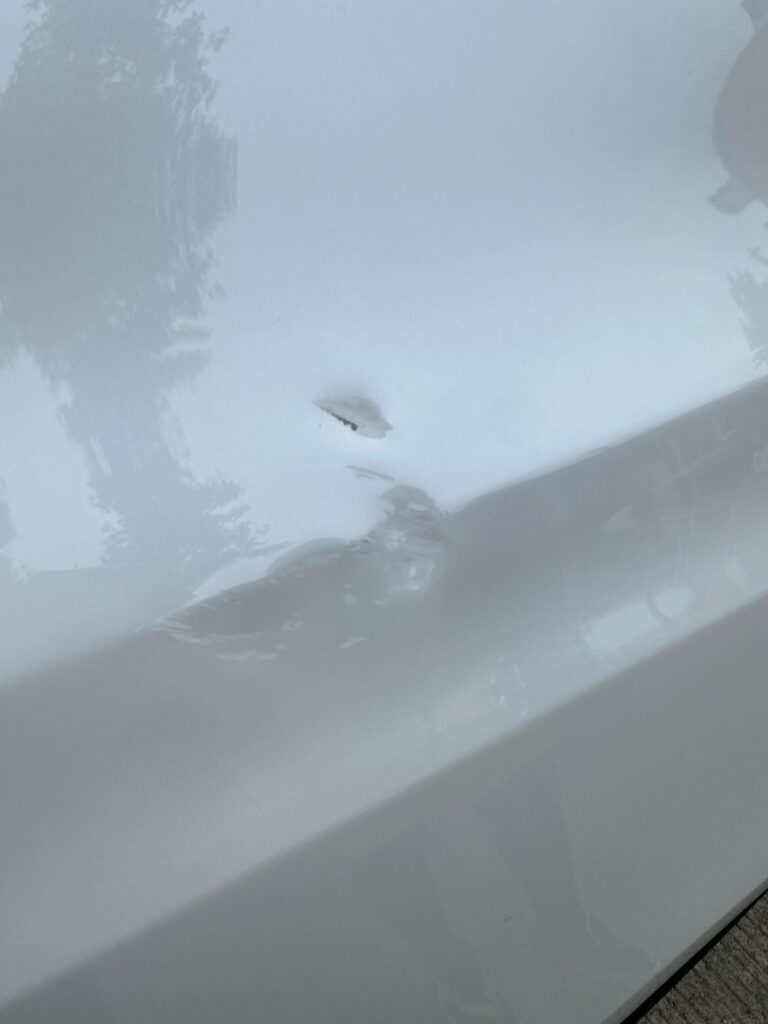 Coming down the street in my car from my nephews great 6th birthday in the park. Right before the underpass by Whole Foods. A man clearly not all together yelling and sharing his thoughts for the world to hear, I thought at first was throwing trash at the cars and bikers going by. Ha! Nope! If only…..

To my cars demise … it was a cement rock.

My car now has a dent and hole in it now from the damage. I immediately called the police and tried to go after him in but he was able to escape off into the construction site and was gone by time the police arrived. Highly pissed because where the cement hit, I will have to get the entire passenger side frame replaced.

A passerby said he’s there often throwing objects! Good to know that he doesn’t deter far from his hang out spot and potentially hurting a person seriously with no consequences.”