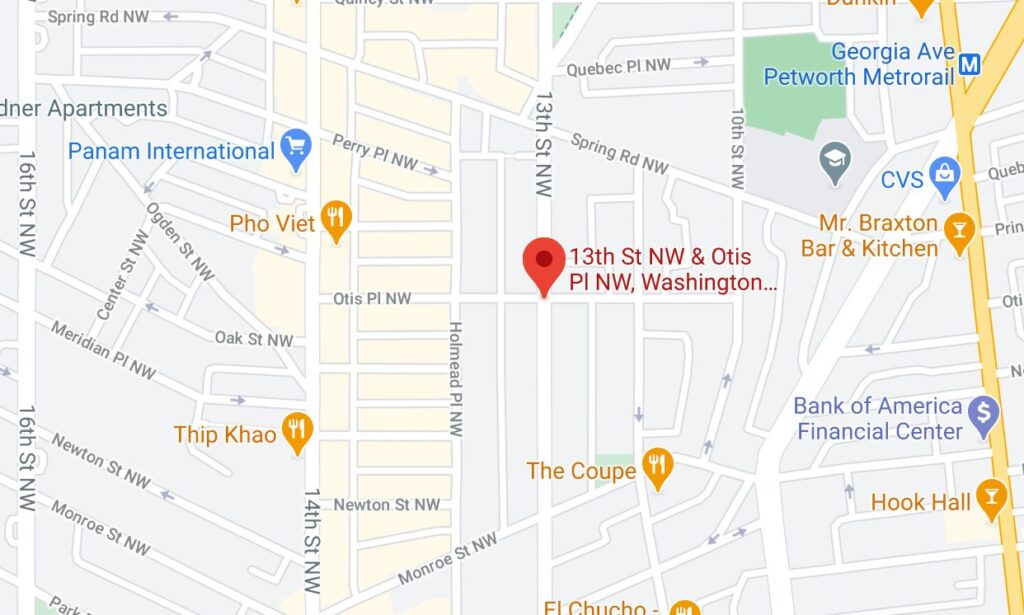 I have lived in DC for 9 years and Columbia Heights for 6 years, and I love the community we have. I need your help identifying a sexual predator I was surprised to find on my (basement level) patio last night, at approximately 11:40pm. This transpired in the alley between Holmead and 13th St NW, between Otis and Monroe.

I looked out my bedroom window to notice the motion light had been activated, and when I looked more closely I saw a man with no pants on,

I am asking my neighbors to please review any security footage they may have in that area (and surrounding streets, he did run through to 13th as police arrived on the scene). I chased him down the alley and he was hiding between cars, but was not afraid of me and repeatedly tried to approach me. I was screaming quite loudly for help. It was a bit disappointing that only two of my neighbors responded to my cries for help, outside my immediate housemates. Only when the police arrived in the alley did he stop trying to approach me and actually take any kind of consequence seriously by running away. The police came and I gave a description and they went looking. When he came back and I called them again they were in scene pretty fast, but I think he eluded them.

As I was typing this email, he came back again (around 12:26am). I chased him off again. This is rapist behavior. We phoned the police again. I hope he doesn’t come back again, but I wouldn’t bet on it. I also won’t be the only one he’s peeping at through windows.

He was a slim black man, 5’7″ – 5’10”, wearing a long sleeve yellow flourescent shirt (and initially, nothing else). He had long thin braids or dreads, down to his hips. He appeared to be under 40 years old. As he ran up the alley he put on two layers of clothing – black pants with some kind of sport stripe down the side, and a black and white running windbreaker (I suspect it was Nike). He dropped a number of personal effects, which I am turning over to the police.

I hope MPD can catch this guy, but I remember the last rapist in the neighborhood was caught by a MMA good samaritan. You don’t need to be a black belt to help — just come outside when your neighbors are screaming, please.

And to my neighbors who will be chilled by this: our neighborhood is amazing and I wouldn’t trade it for the world. Let’s make it safe for all of us by watching out for each other. Those with male privilege, try just a little bit harder, for all our sakes.

I am thankful to have locks and cages on all my windows, and a motion activated light with a very sensitive trigger. Now it seems I’ll be looking into surveillance technology, something I had hoped to avoid.”