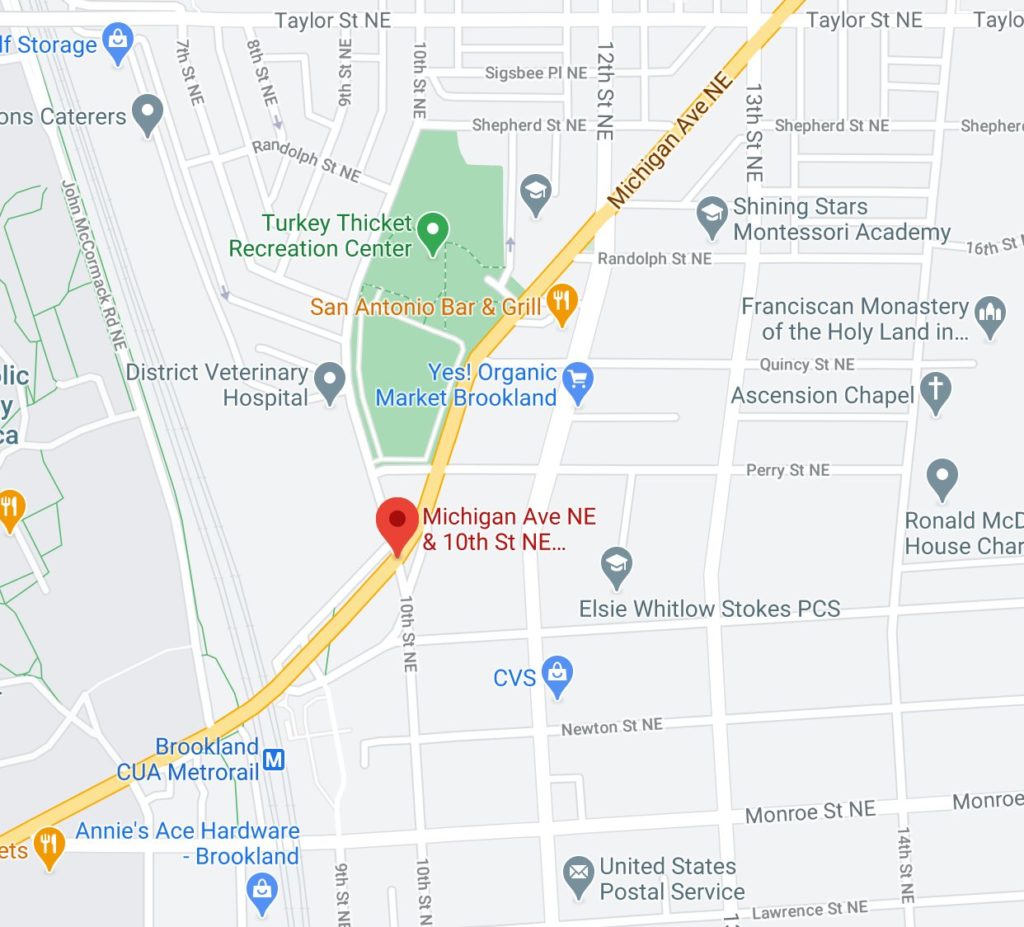 That stretch is so scary for pedestrians/cyclists (and even as a motorist when crossing Michigan). Cars come really flying down that hill. And the metro station and Turkey Thicket are right there, so lots of folks on foot. They need to do some real rethinking that road to make it safe.”

“Detectives with the Metropolitan Police Department’s Major Crash Investigations Unit are investigating a traffic fatality resulting from a traffic crash that occurred on Monday, March 1, 2021, at the intersection of 10th Street and Michigan Avenue, Northeast.

DC Fire and Emergency Medical Services responded to the scene and transported the bicyclist to an area hospital for treatment of life-threatening injuries. After all life-saving efforts failed, the bicyclist was pronounced dead. The operator of the bus remained on scene.

Alan Henney reported at 11:52am Monday: “CYCLIST STRUCK/ PROBABLE FATALITY— 10th St and Michigan Ave NE-DC in Brookland. The original call was for a man down and then Engine 17 reported a cyclist struck and requested a medic and EMS supv. The patient was taken to a trauma center in traumatic cardiac arrest.”