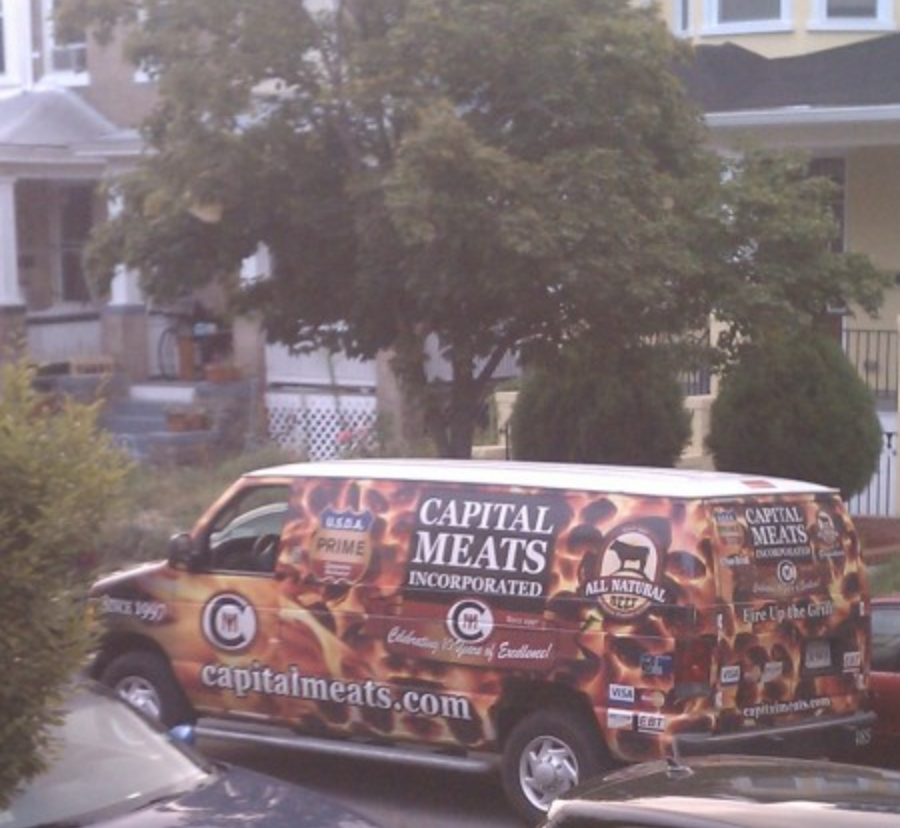 From our first discussion back in 2011

So today [Tuesday] we had two gentlemen knock at our door and ask if we’d like to have some fine frozen meats — they were promising a very good deal. First it sounded off. But then I thought in COVID times, they might be small businesses owners getting creative to make ends meet. So I asked hubby to see what they had and make sure he only had some cash (limited amount — couldn’t spend much). They pulled up their minivan, marked with “Capital Meats Company” and started pulling out frozen fine cuts, pushing him to get these “unbelievable deals” for hundreds of dollars.

They had a brochure and a website and everything. Given limited cash, hubby purchased two boxes of “meat”, but once he walked in, his first words were: “I think I just got meat hustled.”

A quick search resulted in many, MANY complaints online and the following piece from WAMU. [Ed. Note: We first spoke about this back in 2011.] But it was too late since they were gone (and I didn’t think to take a pic of the van/license number). Now the meat is in the freezer but we’re not sure it’s safe to eat, so we’ll probably just feed it to the vultures that like to hang out in our alley… Jokes aside, thought I’d post a warning here, so y’all can be on the lookout. Don’t fall for it.”