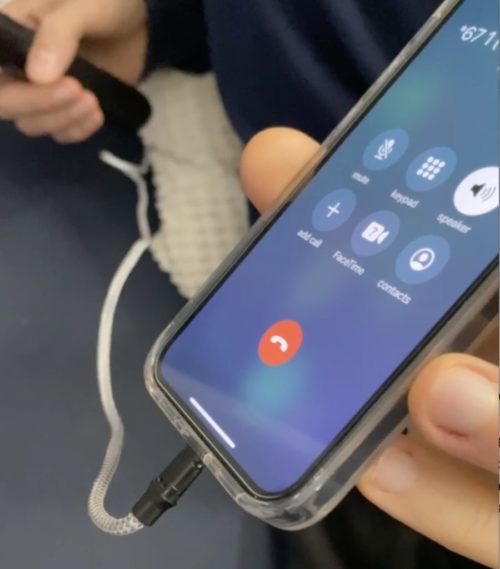 I got a scam call last week from someone claiming to be a MPD officer. He claimed I had failed to appear for jury duty, and that legal action would be taken against me if I wasn’t able to prove that I’d never received the summons letter, which he claimed had been signed by me (I never got such a letter).

He seemed really legit and used real-sounding jargon. He had info about me, such as my age and address.

When I asked for the name of the judge presiding over the case I’d apparently missed, he gave me the name of a real judge. I looked him up on LinkedIn, and there is an MPD officer by the name he was using (Captain Michael Pulliam). He also gave me a badge number when I asked. Finally, when I called back the number he’d called me from, his voicemail message sounded very official…though, after listening to it a few times, I realized it was bullshit (listen to the attached and you’ll see what I mean.

I confirmed it was a scam because I called the MPD and they assured me that it wasn’t the “real” Captain Pulliam who I’d spoken to, and also that he wouldn’t be the one calling me to talk about jury duty infractions. Apparently they’ve received several calls about this and are aware of the scam. And we looked up the number for the station where Pulliam works, and they said he wasn’t on duty when I’d received my call.

I’m not sure what his end game was, as he didn’t ask me for my ssn or banking info, but he was trying to get me to report immediately to the MPD HQ to do a signature verification and to tell him exactly when I’d be heading out… this leads me to suspect that he may have been planning to break into my unit while he knew I was gone? He did have my address, which is part of the reason why I think this.

All this is to say, be on the alert. If you answer a call from someone claiming to be Captain Michael Pulliam, hang up and don’t waste your time talking to him as I did :-). He sounded really legit, and it was a terribly stressful experience that I hope no one else has to go through!”