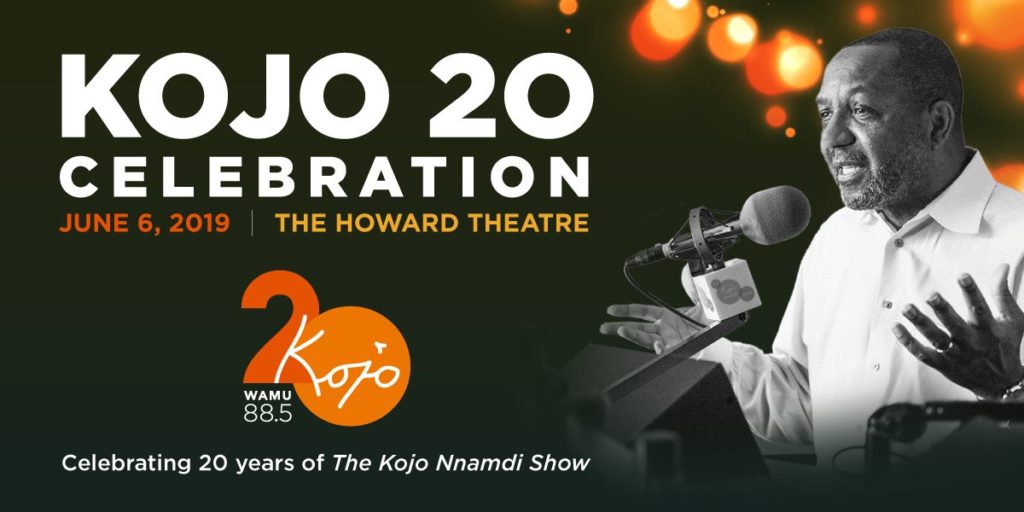 From the 20th anniversary celebrations in 2019

“After 23 years delivering vital, regional news programming to the D.C. region, The Kojo Nnamdi Show will end production this spring. WAMU announced today that the final live show will air on Thursday, April 1, 2021. While host Kojo Nnamdi will be stepping back from his daily duties on the mic, he will stay engaged with his four-decades-long commitment to journalism by continuing to host the popular The Politics Hour on Fridays.

Beginning April 5, the noon to 1 p.m. hour Monday through Thursday will be filled by The Takeaway from WNYC Studios. WAMU has made the decision to delay the launch of a new regionally-focused show in an effort to spend time reflecting and assessing the changing needs of our community — including changes to lifestyles, media consumption and community priorities due to the pandemic.”

Ed. Note: On November 11th 2008 this blog was validated and I’ll never forget that experience. This is a terrible for loss for all of D.C.