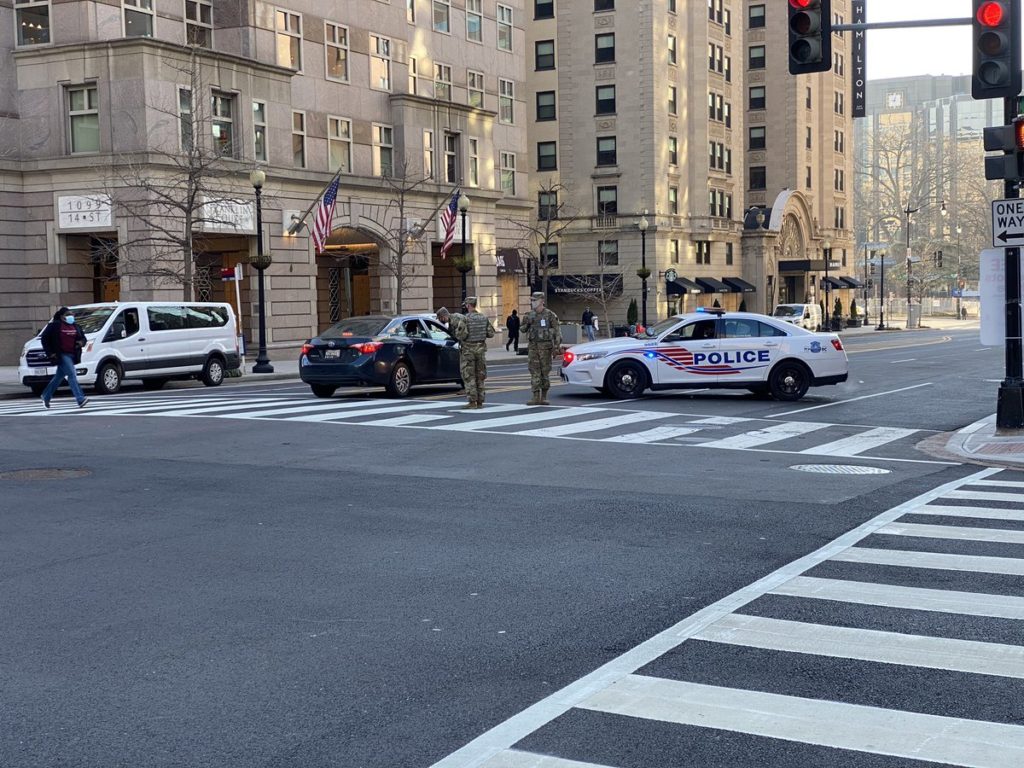 14th and L Street, NW photo by Joshua Collier “checkpoint at 14TH and L St NW this morning. Every car is getting stopped and questioned.”

Stefanie (and others) report this morning: “Downtown DC really locked up (assuming for Inauguration prep etc) – can’t go south of Gallery Place from at least 6th as far west as I can tell. I had a heck of a time getting to 395 this morning.” 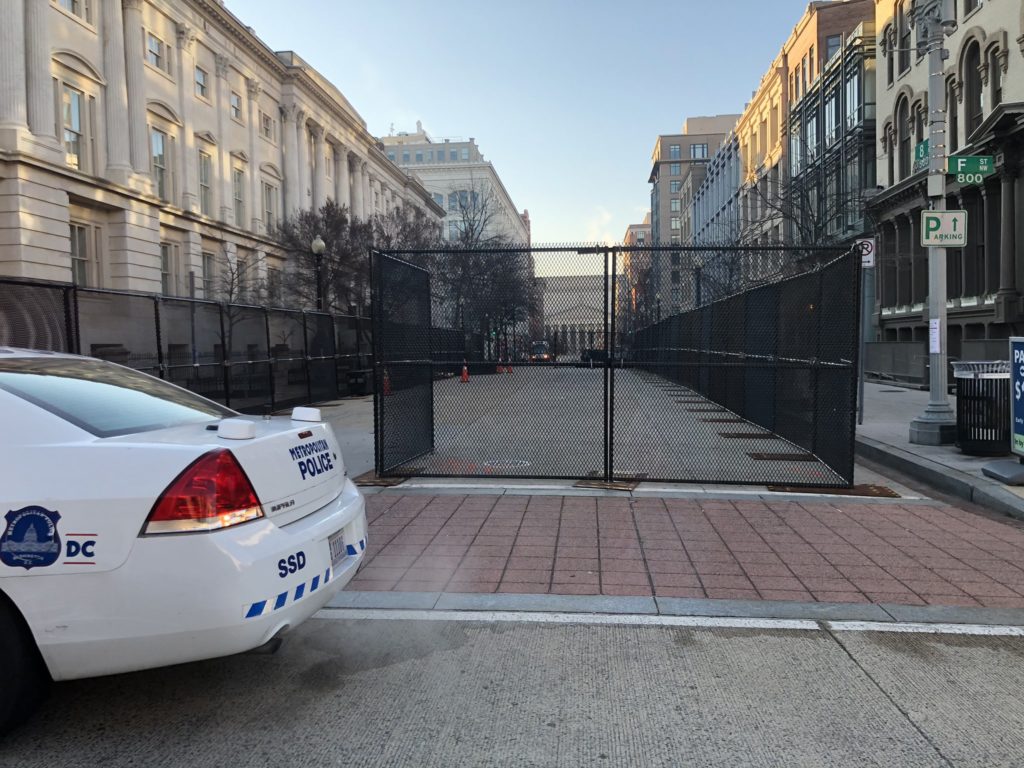 “MPD reports the following road closures are in effect until further notice due to preparation for the 59th Presidential Inauguration.

The road closures are subject to change on the surrounding streets around the White House, the National Mall and the US Capitol – to include parts of Downtown DC.” 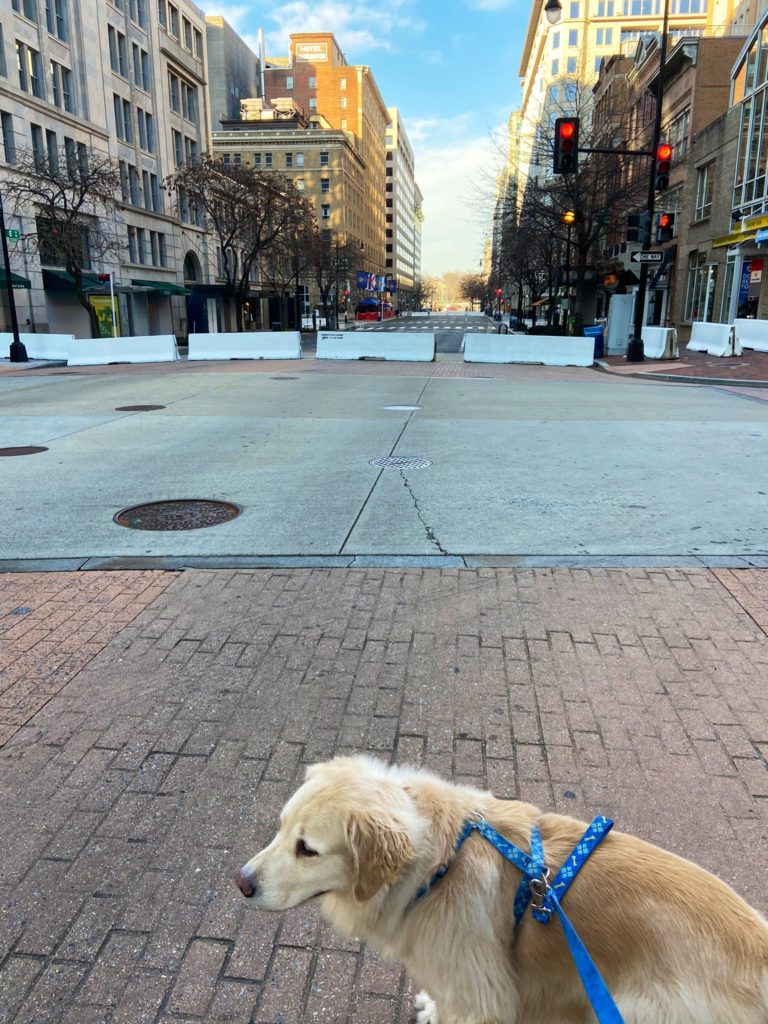 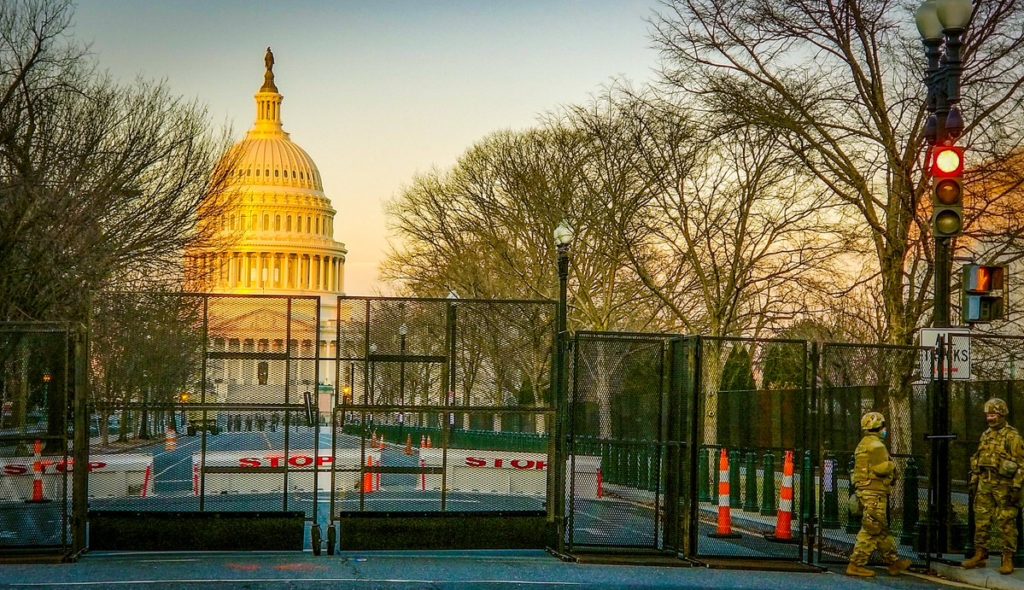 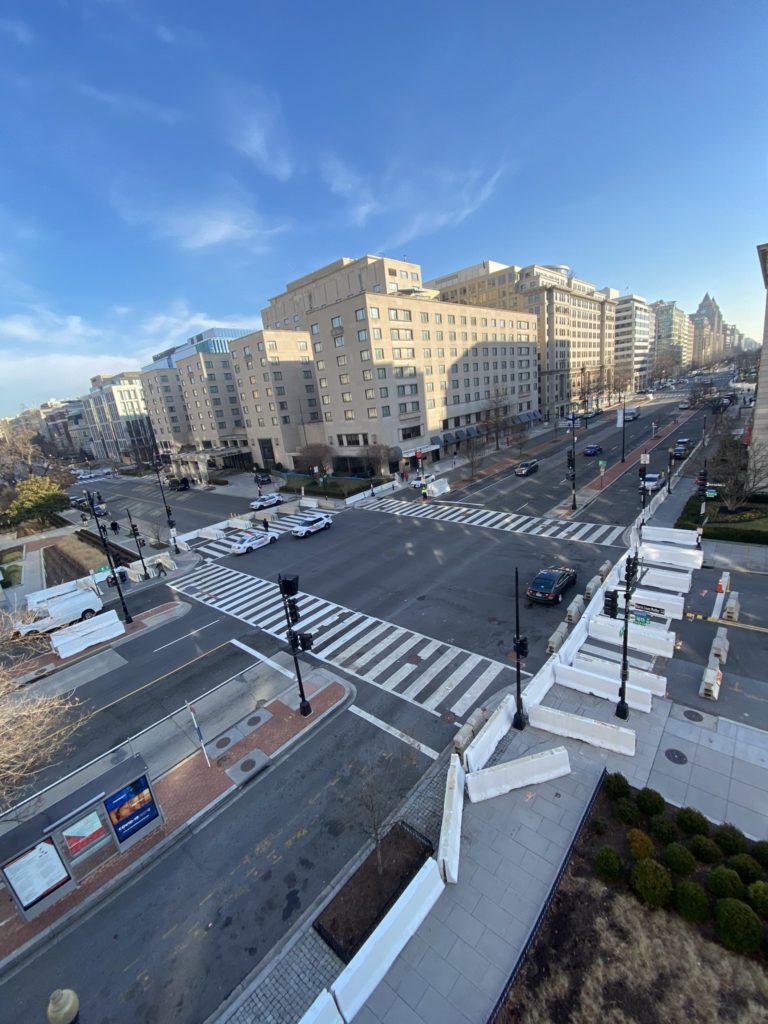 Photo by Kate “Concrete barriers on both sides of K street at 16th and on cross streets as far as I can see.” 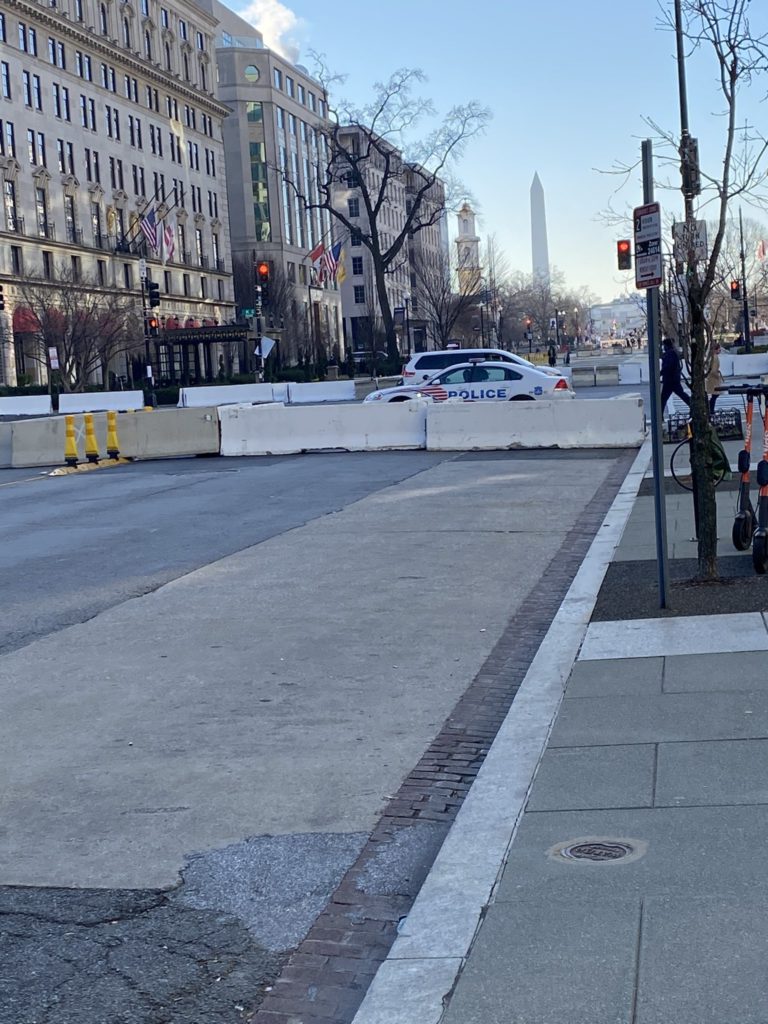