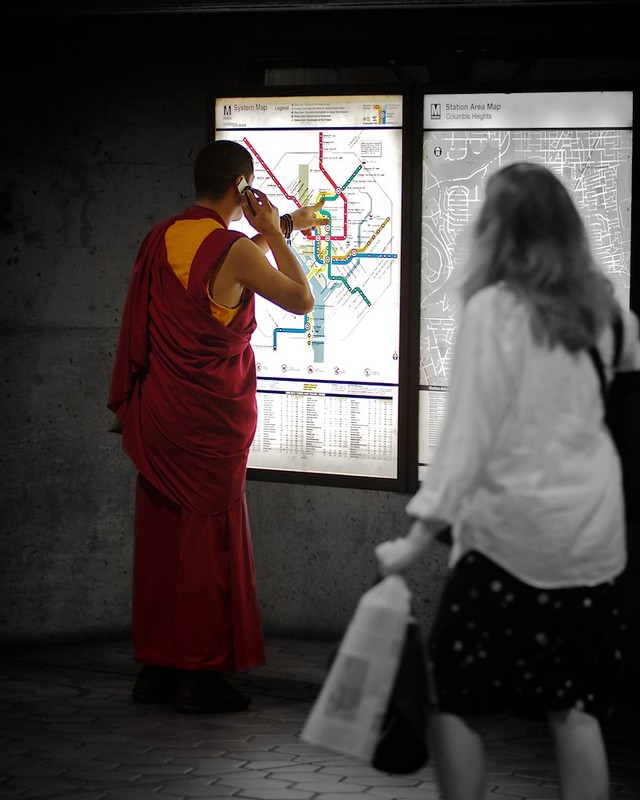 “Transit riders and visitors to the nation’s capital now enjoy one of the most connected wireless experiences of any rail system in the U.S. with coverage available in all tunnels. The nation’s major wireless carriers–AT&T, T-Mobile, and Verizon –and Metro today officially announced the final milestone, more than a decade in the making, to provide wireless service for those who use the Metrorail system. With Metro’s 100-mile tunnel network now connected to each wireless carrier’s network, customers can communicate or stream content throughout their journey from the street to the station and in the train.

The latest activation brings the final three segments online between Dupont Circle in Downtown DC and White Flint in Maryland, the Yellow Line from L’Enfant Plaza to the Pentagon, and Silver Line in Tysons Corner.

Metro and the wireless carriers worked closely with the region’s Congressional delegation on the project, including U.S. Senator Mark Warner (D-VA).

“This is something we’ve been working with Metro and the carriers on for years, because it will improve safety for Metro riders and workers,” said Senator Warner, “The federal government and the region have made substantial investments in making this system safer and more reliable, from rebuilding tracks to introducing new rail cars, and now passengers will be able to use their cellphones underground throughout the system.”

Completion of the underground portion of the Metrorail system adds to the customer experience that already included wireless service in all below ground stations and free Wi-Fi at all 91 stations.

“Bringing this project to the finish line gives riders added security and all the conveniences of wireless connectivity. Customers can text, talk, and explore the internet and apps, including Metro’s mobile payment options to load value and manage their SmarTrip account while traveling on Metro,” said Metro General Manager/CEO Paul J. Wiedefeld. “We appreciate the work of the carrier team, the leadership of our Congressional delegation, and the support of state and local partners throughout this project. A robust wireless network will enable new technologies to improve real-time customer communications and operate more efficiently.”

The latest coverage additions will add to safety and security by improving mobile communication for customers, Metro employees and first responders in the event of an emergency.

The installation required more than 400 miles of cabling and infrastructure in Metro’s extensive tunnel system and additional components in shafts, stations, and above-ground connections. Much of the work could only occur when train service was not operating during three-to-four-hour overnight maintenance windows or during other scheduled track maintenance outages.

“This significant joint investment provides a communications network that allows each provider’s customers to stay connected with their friends, families and favorite content when using the Metro system. The cooperative approach adopted by the Providers and WMATA was critical in bringing this project to fruition,” said AT&T, T-Mobile and Verizon in a joint statement.

The project, initiated by the Congressional Passenger Rail Investment and Improvement Act, was jointly funded by an agreement between Metro and the wireless carriers and addresses recommendations by the Metropolitan Washington Council of Governments on Metro’s Underground Communications Systems.

Day-to-day operation and maintenance of the carrier’s communications system will be performed by the wireless carriers who will also regularly test and enhance the network to provide an optimal wireless experience for their respective customers.”

Read more →
More Stories
“D.C. Statehood legislation, with historic number of original cosponsors, becomes one of the first bills introduced in the U.S. Senate during the 117th Congress”“Mamma Lucia an Italian restaurant and they recently opened their first DC location in Chevy Chase”