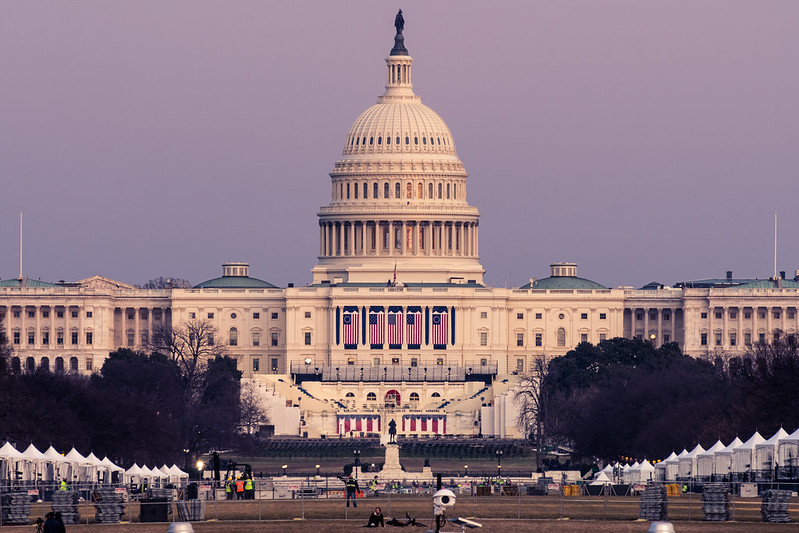 I’m wondering whether you can ask the community about people’s experience with the airbnb ban next week. There are some foreign journalists who have had a reservation to stay at my house through inauguration week (the reservation is still active) and I’m wondering when it will be canceled as it’s supposed to be. Have others had their cancellations already?” 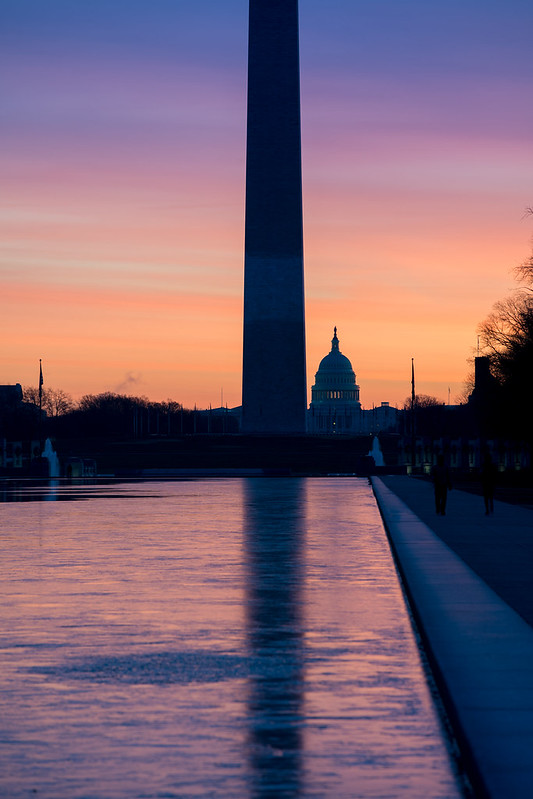 “Pursuant to 36 CFR § 1.5(a)(1) the National Capital Area is implementing temporary closures of National Park Service public facilities, parking areas and roadways in response to real and substantially likely threats to visitors and park resources.

On September 24, 2018, the Secretary of Homeland Security designated Presidential Inaugurations as recurring National Special Security Events (NSSEs). Traditionally, this event is attended by the highest officials from all three branches of government, as well as thousands of spectators. On January 12, 2021, the NSSE period for the 59th presidential inauguration was extended to begin on January 13, 2021, and run until January 21, 2021. The unprecedented nature of the recent civil unrest at the U.S. Capitol coupled with the real and substantial threat of violence and unlawful behavior poses an unprecedented public safety and security challenge for the National Park Service and its partners.

As has been reported by the Federal Bureau of Investigation, the National Counterterrorism Center, and the Department of Homeland Security, the violent breach of the U.S. Capitol by Domestic Violent Extremists (DVEs) on January 6, 2021, could serve as a driver for future targeted violence directed towards government officials, federal landmarks, members of the media, and members of the general public. Specifically, DVEs could exploit upcoming events to engage in or justify violence during the Presidential Inauguration and the NSSE period in Washington, DC. Furthermore, the violent breach of the U.S. Capitol is very likely part of an ongoing trend in which DVEs attempt to exploit lawful protests, rallies, demonstrations and other gatherings to carry out ideologically-motivated violence and criminal activities.

Groups involved in the January 6, 2021 riots at the US Capitol continue to threaten to disrupt the 59th presidential inauguration on January 20, 2021. This includes the set up and execution of the now truncated and largely virtual inaugural events that will be staged on National Park Service areas at the National Mall, President’s Park, and on some portions of Pennsylvania Avenue Historical Park. These events will be produced solely for a television audience, with no live audience, and there will be no traditional Inaugural Parade.

In light of these events, the National Park Service has received a request from the United States Secret Service to temporarily restrict access to certain streets, sidewalks, and park land and to issue a temporary, partial closure of the areas roughly bounded by Constitution Avenue, NW to the north; Ohio Drive, SW to the south; the Potomac River to the west; and 3rd Street to the east. The area also generally includes President’s Park and the White House Complex, as well as NPS lands along Pennsylvania Avenue, except for designated areas for First Amendment activities. The Secret Service is currently aware of multiple security threats to the public, law enforcement, protected persons, park lands and monuments, and Presidential inauguration events. A security assessment has confirmed that no lesser alternative restrictions than those described herein are feasible to address the severity of these threats given current resources available to control them. A copy of the United States Secret Service’s letter dated January 14, 2021, is attached and incorporated by reference.

In addition, the larger NSSE area as defined by the Secret Service includes a significant portion of downtown Washington D.C., including Franklin Park, McPherson Square, Farragut Park, East and West Potomac Parks, and Haines. We expect that most if not all these parks will be closed for much of the inaugural period. At this time, at the request of the Secret Service and the United States Park Police, the National Park Service is temporarily closing to the public the roadways and NPS Park areas within the boundaries described below:

Pennsylvania Avenue, NW, from 15th Street, NW to 3rd Street, SW, and adjacent sidewalks (except for designated areas for First Amendment activities to be overseen by the National Park Service and United States Park Police);

At the request of the Secret Service and the United States Park Police, the National Park Service is also temporarily closing to the public the roadways and NPS Park areas described below:

East and West Potomac Parks including Hains Point, all memorials and NPS areas contained within;

Lincoln Memorial Circle, to include all adjacent sidewalks and roadways;

Memorial Bridge, from Washington Boulevard to Lincoln Memorial Circle, to include all adjacent sidewalks; and

As more fully discussed below, First Amendment activities will be allowed at NPS-designated locations within this closure on Pennsylvania Avenue.

All personnel, associated with the Inaugural events other than already authorized government personnel, must complete a Secret Service clearance process. There will be an area set aside for media near the First Amendment Demonstration Area. The media must also go through a formal clearance process. Inaugural event personnel will consist only of performers, speakers, and logistical people. There will be no in person audience for these events.

The National Park Service is designating two areas within the NSSE for First Amendment activities. The designated areas are portions of John Marshall Park and the Navy Memorial. The U.S. Park Police made the determination that in light of recent events, and with the current available threat assessments, each of these park areas will be limited to no more individuals than can be safely accommodated. Based on the current assessment, no more than 100 individuals at each location can be safely accommodated. The threat assessments change daily. The U.S. Park Police determined that allowing individuals access to other areas or at normal visitor capacity creates an unmanageable security risk. This limitation allows the law enforcement community to protect all persons within the NSSE zones.

First Amendment activities will be subject to uniformly applied security restrictions, including security screenings, identification requirements, and other guidelines for attendance, including the Secret Service prohibited items list. As provided in the National Park Service regulations, only authorized structures will be allowed as part of these First Amendment events. Each permitted demonstration group will be escorted to their designated location within the First Amendment Area by the United States Park Police and monitored by National Park Service rangers. Finally, each permittee is required to submit a COVID mitigation plan. We remind the public that the District of Columbia government has issued a public health order directing that the public may not gather in groups of more than 25. These locations have ample space for social distancing.

These temporary closures will remain in place from January 15, 2021, at approximately 6:00 a.m., through approximately 9:00 p.m. on January 20, 2021. Please be advised that authorized individuals, law enforcement partners, and emergency vehicles would continue to have access to these restricted areas. First Amendment activities will be allowed only in NPS-designated locations on Pennsylvania Avenue. In response to the events of January 6, 2021, the National Park Service has already suspended tours of the Washington Monument beginning January 11, 2021 through January 24, 2021 and has already in some instances instituted temporary closures of public access to roadways, parking areas and restrooms within the National Mall and Memorial Parks, to protect public safety and park resources.

Limits on athletic activity and temporary closures to public access to Ford’s Theatre National Historic Site, Belmont-Paul Women’s Equality National Monument, and Old Post Office Tower were already in effect in response to the pandemic, and are described in a separate Record of Determination dated November 23, 2020.

The temporary closures are not of a nature or duration that will result in a “significant alteration in the public use pattern.” The closures will not adversely affect the park’s natural aesthetic or cultural values, nor require significant modification to the resource management objection, nor is it of a highly controversial nature.

David Bernhardt
Secretary of the Interior”

Read more →
More Stories
“Cusbah is back under new ownership!” But in a new location?“DC Unemployment Benefit Tax”