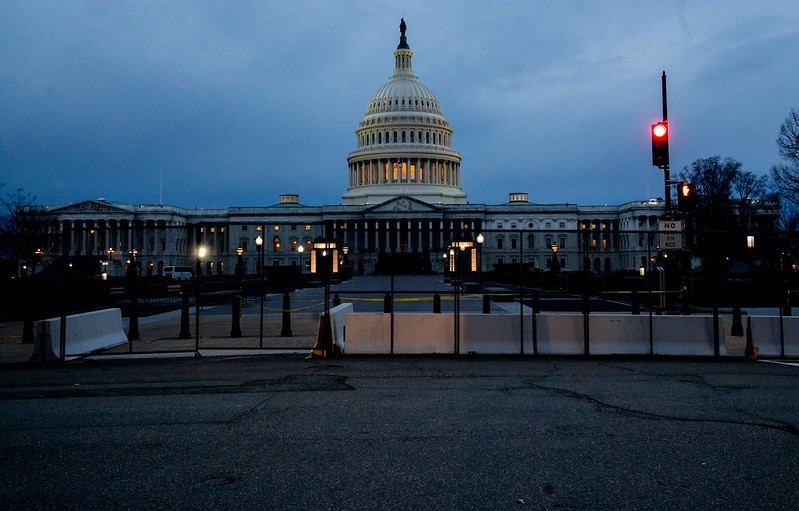 From the U.S. Attorney Office District of Columbia:

“Today, Acting U.S. Attorney Michael Sherwin for the District of Columbia announced charges against an Alabama man that include one count of unlawful possession of a destructive device, and one count of carrying a pistol without a license.

Lonnie Leroy Coffman, 70, of Falkville, Alabama, was arrested yesterday and charged in a criminal complaint filed in the U.S. District Court for the District of Columbia. Coffman remains in custody pending a detention hearing scheduled for Tuesday, January 12.

As alleged in the Complaint, on January 6, U.S. Capitol Police (USCP) officers responded to reports of possible explosive devices in the area around the United States Capitol. In the course of conducting a protective sweep of the area, officers observed the handle of what appeared to be a firearm on the front right passenger seat of a red pickup truck with Alabama tags. A law enforcement database check of the vehicle registration revealed that the vehicle was registered to Lonnie L. Coffman with a home address in Falkville, Alabama. USCP Bomb Squad members subsequently searched the vehicle and secured one black handgun, one M4 Carbine assault rifle along with rifle magazines loaded with ammunition, and components for the construction of eleven “Molotov Cocktails” in the form of mason jars filled with ignitable substances, rags, and lighters.

Later that evening, Coffman was stopped in the vicinity of his truck when he attempted to return to his vehicle. Coffman was subsequently searched and found to have on his person a 9mm Smith & Wesson handgun, a 22-caliber derringer style handgun, and two sets of vehicle keys that matched the truck. When asked, Coffman told officers that the mason jars contained melted Styrofoam and gasoline. ATF advised that the combination of melted Styrofoam and gasoline is an explosive mixture that has the effect of napalm because, when detonated, the substance causes the flammable liquid to better stick to objects that it hits.

The charges contained in the complaint are allegations. The defendant is presumed innocent unless and until proven guilty beyond a reasonable doubt in a court of law.

The case is being prosecuted by the Assistant U.S. Attorneys Jason B.A. McCullough and Michael Friedman of the District of Columbia United States Attorney’s Office, and Trial Attorney Taryn Meeks of the National Security Division of the Department of Justice. The case is being investigated by the U.S. Capitol Police Department with assistance from the U.S. Bureau of Alcohol, Tobacco, Firearms, and Explosives and Federal Bureau of Investigation.

The ATF and FBI continue to urge the public to report suspected use of explosive devices, or violent, destructive acts associated with the recent unrest. Anyone with information can call 1-888-ATF-TIPS (1-888-283-8477), email [email protected] or submit information anonymously via ReportIt.com.

The FBI is looking for individuals who may have incited or promoted violence of any kind. Anyone with digital material or tips can call 1-800-CALL-FBI (800-225-5324) or submit images or videos at fbi.gov/USCapitol.”