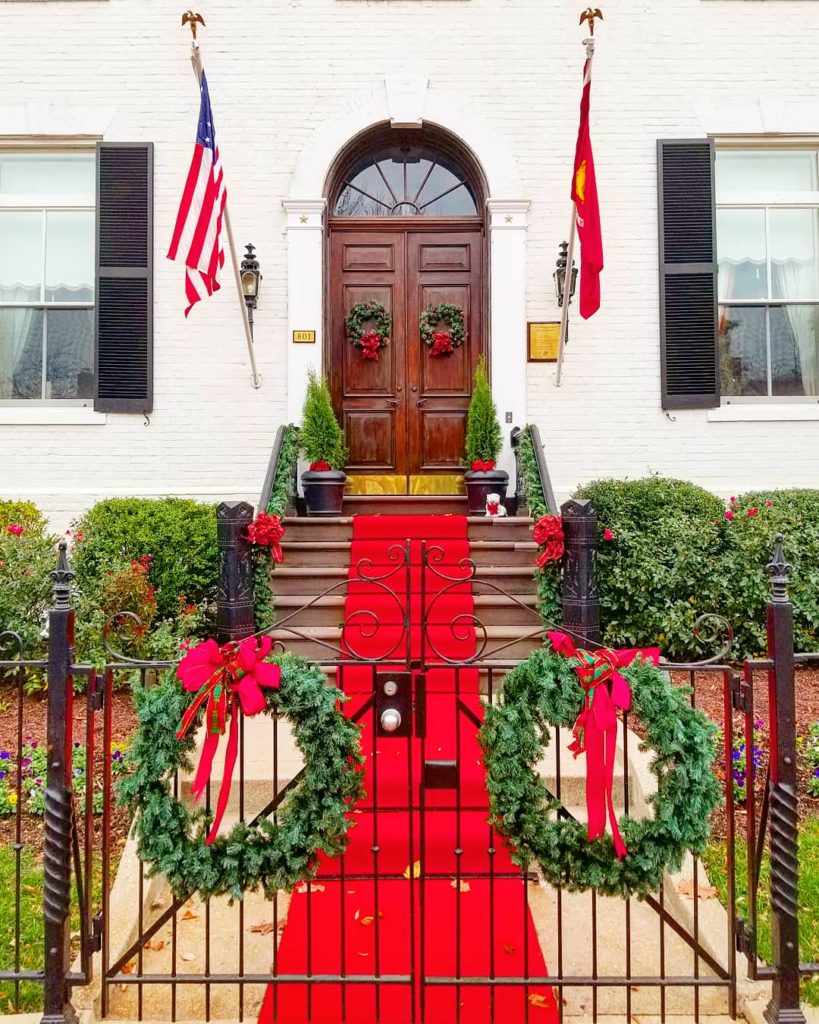 “Established in 1801, at the spot where President Thomas Jefferson chose, Marine Barracks, Washington, DC is the oldest post in the Corps. It is home to the official residence of the Marine Corps Commandant, Marine Band, Drum and Bugle Corps, Ceremonial units, and the Silent Drill Platoon.

During the War of 1812, the British burnt down the Capitol building, the White House, and many other buildings in the district; however, they refused to burn down the Marine Barracks and the Commandant’s house. It seems that the British well wise enough not to mess with my beloved Marine Corps. Semper Fi!”