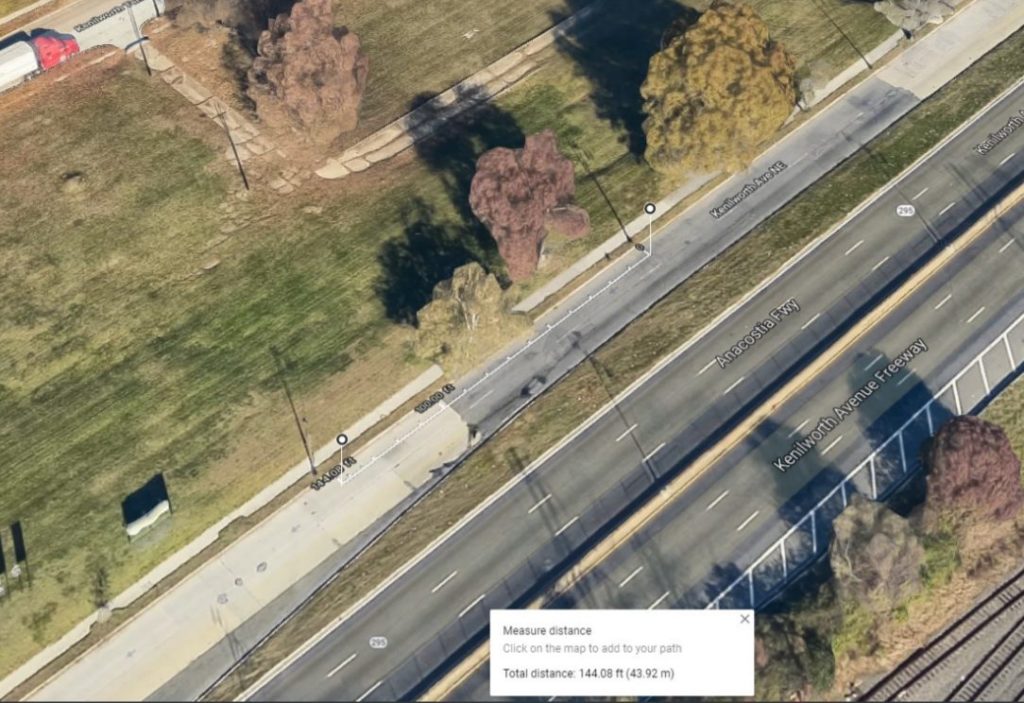 I’m sure you’re aware of the predatory speed camera on Kenilworth Ave. that catches essentially everyone taking the Benning Rd. exit off of the Anacostia Freeway.

After my wife and I both got tickets here in quick succession, and I did an analysis and was able to get them both dismissed by arguing that the camera’s location relative to the speed limit sign is unsafe.

I’m sending you the argument I used, along with supporting docs, as I think this could be useful

for quite a few readers!

Note: We are both generally very safe and conservative drivers but have an issue with this camera specifically because it seems like a transparent revenue generator and might actually make the road more unsafe rather than less due to the hard braking it encourages. If the city were truly interested in safety, they could have easily located it before the Anacostia Freeway exit or far enough away from it to allow sufficient time for braking.”

“On March 29th, I exited the southbound Anacostia freeway onto Kenilworth Ave driving roughly the speed limit of 50 mph. Seconds later, I saw a sign indicating that the speed limit on Kenilworth is substantially lower at 25 mph. I braked at what I considered to be a safe rate of deceleration.

Unfortunately, this was not sufficient, and I was still driving 37 mph while passing under the speed camera located only 145 feet past the speed limit sign (see attached screenshot). While this speed camera seems fine for thru traffic on Kenilworth Ave, placing it so close to the first speed limit sign that drivers exiting the freeway see is unsafe and unfair. Indeed, to brake to 25 mph, I would have had to decelerate at a rate of 13.9 fps/s, which is close to the National Association of City Transportation Officials limit for maximum safe deceleration under dry conditions – much less inclement ones (see attached calculations). The fact that this camera provides more revenue for the city than all others even though this stretch of Kenilworth is not particularly busy supports the contention that its location is predatory.

I consider myself a very safe driver and have had no moving violations during the almost 16 years that I have had a license. After seeing the speed limit sign on Kenilworth Ave, I safely braked as any reasonable driver would have, yet still received a ticket due to the unreasonable location of the speed
camera. Please consider waiving or reducing my fine.

Thank you for your consideration.” 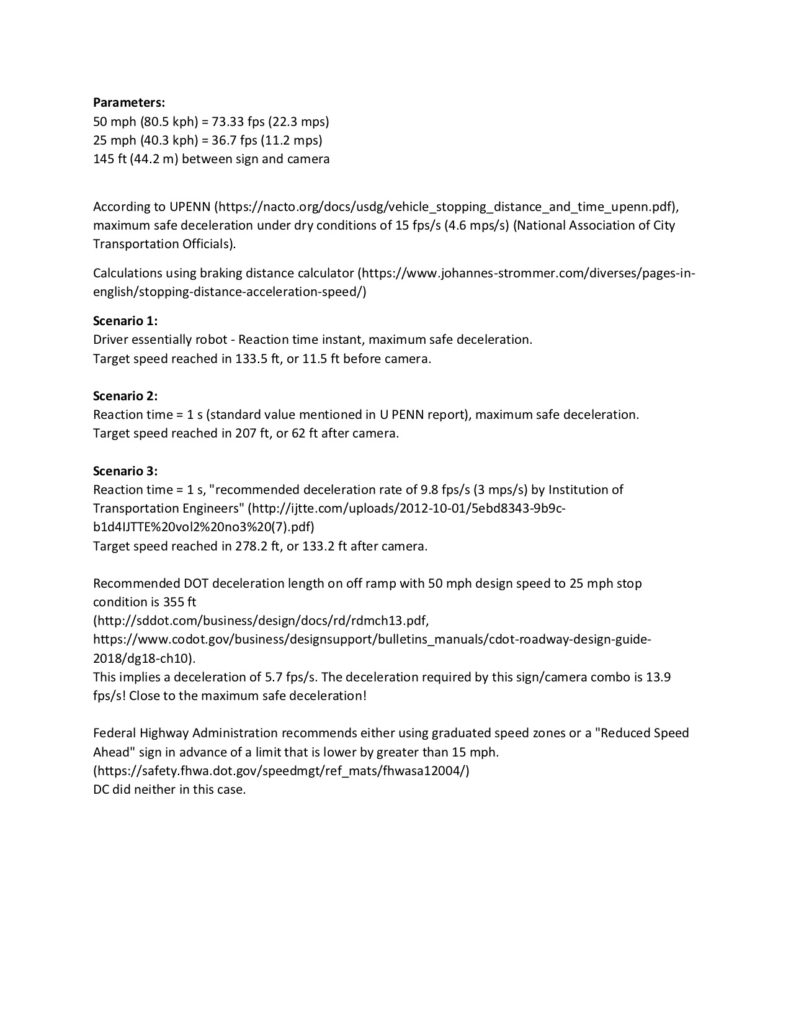