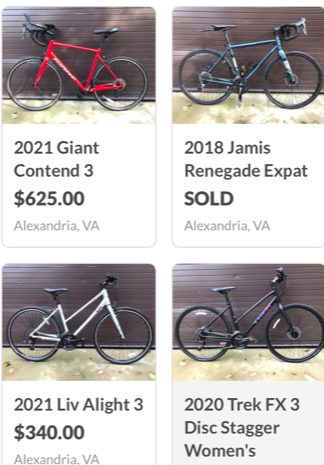 Around October 16 or 17th, in NW DC, four expensive bikes were stolen from a “secure” bike facility and the U-locks were cut through. On Saturday October 18th, building residents found all four bikes for sale on offerup by the same seller (screenshot below). The seller used this SAME background in each advertisement.

One of four bikes were recovered because a buyer bought it and then realized it was stolen, so the buyer rightly returned it to the owner living in my building. This buyer had a general description of the thief: black male, 5’9, drove a light grey sedan with dent on the passenger side.

Our building reviewed building camera footage and did not notice any unusual activity on the cameras closest to the “secure” bike facility. Our building admitted one entrance and one exit had no camera footage. So no luck on footage.

Today, October 29th, we noticed TWO more new craigslist ads with two different bikes (WITH THE SAME BACKGROUND, scratches, dents and all). I immediately searched for this specialized bike on bikeindex.org and contacted the person that I believed owned this stolen bike in DC. I then did a BLAST email to multiple district police commanders and MPD detective units demanding immediate action (since we never even heard from our assigned detective) to undertake an immediate operation to recover this stolen specialized bike, find this brown-door storage unit, and track down who my building’s four bikes were sold to. An MPD detective called me to say they would contact the seller. Four hours later the MPD called me to tell me they confiscated the bike, ARRESTED the guy, and returned the bike to the rightful owner. 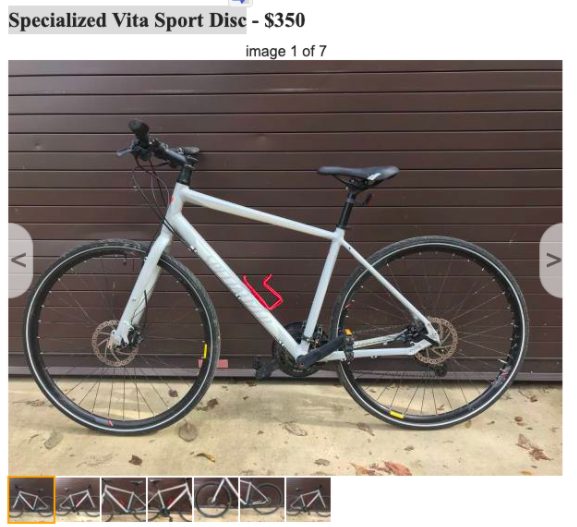 However, now the police are saying there simply isn’t enough evidence to arrest this guy for selling our four bikes too. The brown garage background is not enough evidence–thoughts? MPD also said they don’t know where this notorious brown garage is. Can the police interrogate (for lack of a better word) to figure out where this storage facility is? Can they not search his home based on probable cause for similar pictures? Can they not search his phone for photographs? We have cut locks and helmets they took off so maybe we should offer those up for fingerprinting for the guy that was arrested? They are actively storing bikes because they have multiple bike listings that are still active: https://washingtondc.craigslist.org/nva/bik/d/alexandria-2020-co-op-cycles-cty-22/7222415789.html

This arrest happened tonight because I demanded immediate action when I connected the dots for the police (we never even heard from our original investigator). I am prepared to demand more action to help the police close this case out but was hoping the popville community could think this through with new angles or ideas.”