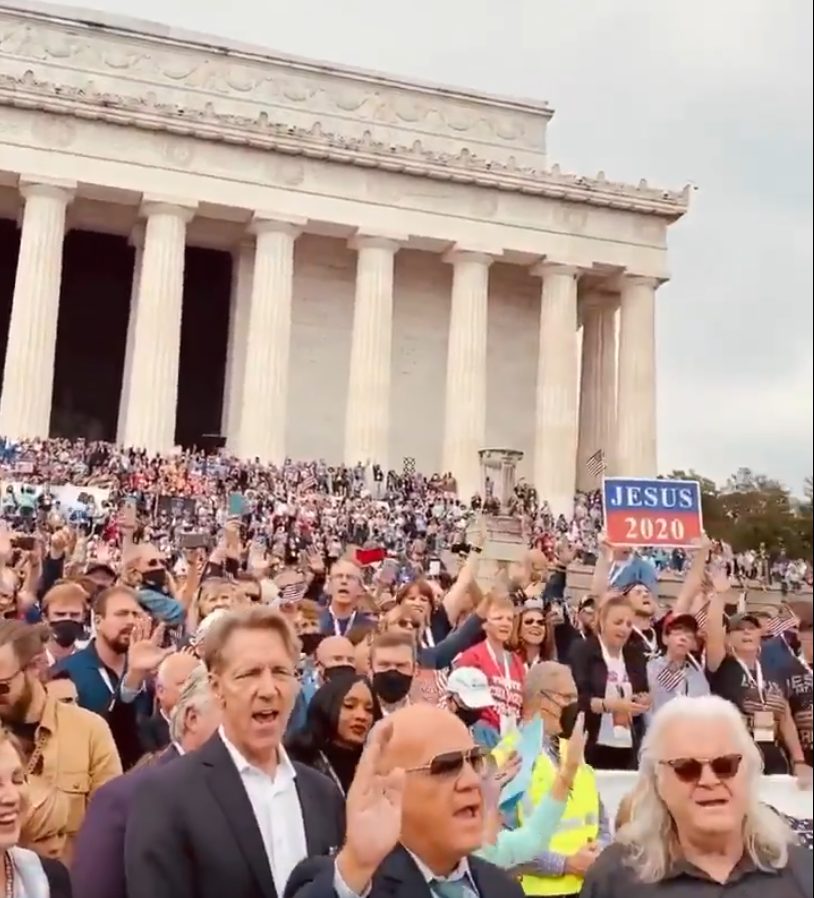 Ed. Note: If the event is to be held on Federal Land like the above from September then the permit is issued by the National Parks Service not the Mayor.

Wanted to draw your attention to a really scary, high risk covid event being planned in DC on October 25. Sean Feucht is a church leader who is holding these huge worship sessions in various cities–we’re talking 10,000 people packed together, no masks, SINGING!!! It’s hugely unnecessarily risky. See his Instagram of their recent Nashville and Atlanta gatherings and the infectious disease researcher who brought it to my attention on Instagram. I’m obviously going to follow up with the Mayor, etc.”

“I’m really concerned about Sean Feucht’s return to DC. According to his social media, he’s planning to return with a huge, maskless service on October 25. The inevitability of this to become a super-spreader event is just maddening. They will put thousands of lives at risk to give themselves a platform in the name of “free speech.”

Well over 50,000 Christians lifting their prayer and worship over America today at the Lincoln Memorial with my friend @michaelwsmith #PrayerMarch2020 pic.twitter.com/8obtNObD8W

I’ve already reached out to Mayor Bowser, DC Council, and NPS on Twitter because it’s unfathomable to me that they keep giving this guy a permit to do this during a pandemic. I thought reaching out to some local news outlets might help spread the word and even help prevent him from coming to town and endangering thousands of locals.”