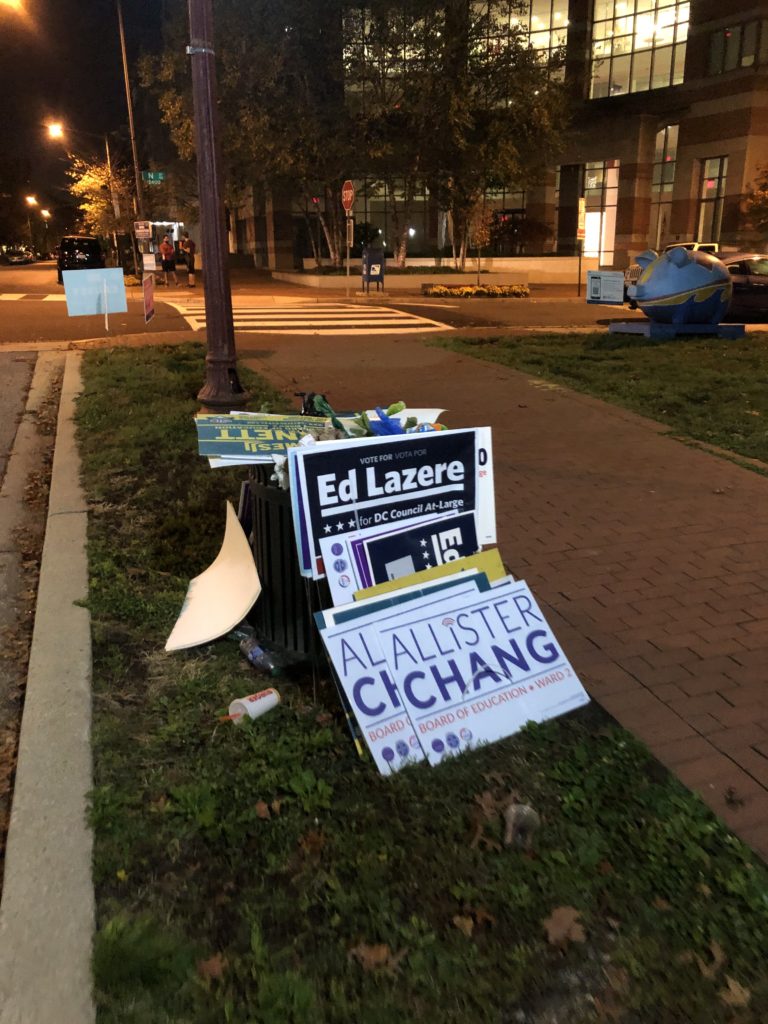 A crop of new signs popped up on our block today, then we noticed a large pile by the trash on a side street. Are campaign representatives allowed to move other campaign’s signs?”

On Thursday we shared from Attorney General Racine’s office:

“Is it legal to destroy election signs in the lead up to the election?

No. It is illegal under District law to intentionally remove, deface, damage, or destroy a lawfully placed billboard, poster, sign or other material relating to a candidate or referendum in the 30 days before the election or up to four days after the election. A candidate himself or herself, a sponsor of the referendum at issue, the owner of the premises where the sign is posted, and law enforcement can remove signs.

What is the penalty for destroying signs?

Those who break the law on removing, destroying, or defacing signs in the lead up to an election can be issued a civil infraction and charged a fine of up to $100.

What should I do if I believe signs were illegally removed?

You can report this using the Metropolitan Police Department’s non-emergency police line by calling 311.”