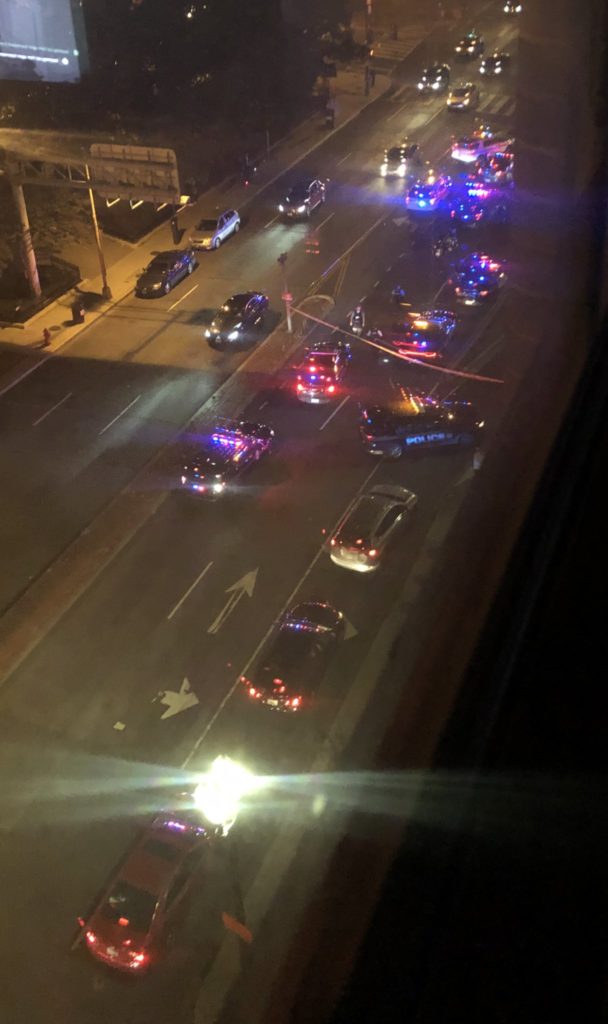 Ari wrote around midnight: “massive police chase just ended in front of my apartment @ 5th and NY Ave NW. Helicopter too. Cops swarmed the van they were chasing with guns drawn.”

LNWC writes: “As far as the “what’s that helicopter doing?” game goes, that’s a new one.”

The always listening Alan Henney reports: “HIGH-SPEED CHASE FROM ANNE ARUNDEL CO into PG and DC. Suspect reportedly had 25kilos of meth wanted by DEA, led police on a chase at 100+ m.p.h. He dumped contraband in Mt. Rainier and has been stopped at 5th St and NY Ave NW-DC. Eagle overhead”