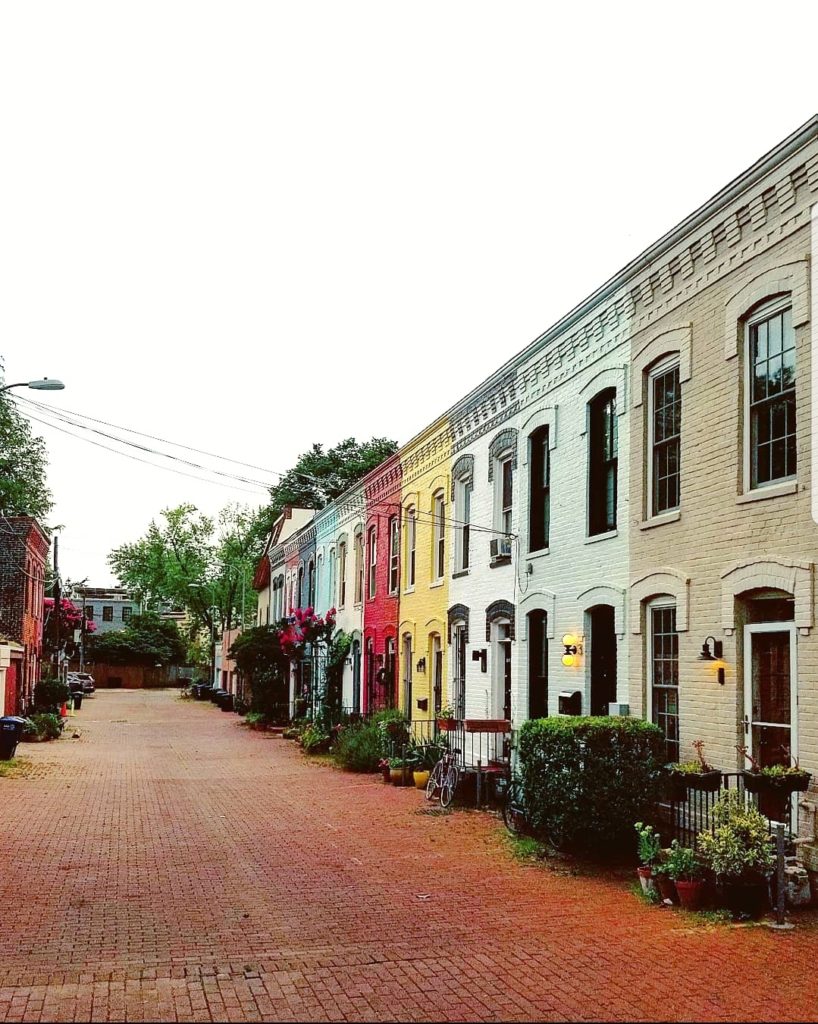 “Through much of the 19th century and the early 20th century, Washington DC experienced a boom in alley dwellings. While the real estate developers were designing and constructing impressive homes for the wealthier residents, they were building much smaller structures in back alleyways with mostly no running water or electricity. As the city’s population rose, the poor and working-class people began living in these dwellings in large numbers. With a majority Black population, these alleyway neighborhoods created tightly-knit communities.

After passage of Congressional laws that forced the closure of many of these alley dwellings, some continued to survive. Today, there are over 100 alley dwellings remaining with the Capitol Hill neighborhood having most of them. Gessford Court is one of the original alleyway neighborhoods that contains beautifully renovated homes. In the coming weeks, I will highlight more of these delightful gems. What are some of your favorite alleyway neighborhoods in Washington, DC?“