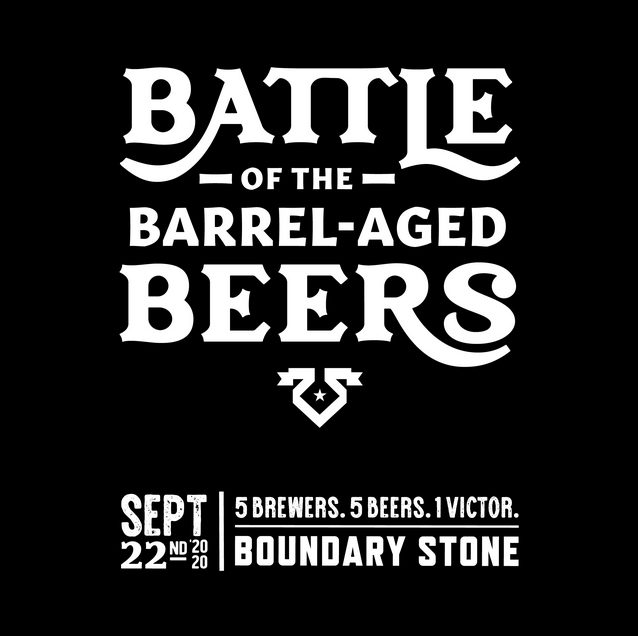 “Boundary Stone’s Battle of the Barrel-Aged Beer has been announced as a virtual event for Tuesday, September 22, 2020. Tickets will include all five exclusively brewed barrel-aged beers and plenty of festive SWAG, as well as a link to the live virtual event on Zoom!

Guests can pick up their barrel-aged beer crowlers and SWAG bags at Boundary Stone, 116 Rhode Island Ave NW on Monday September 21st from 12pm-9pm, or Tuesday September 22nd from 12pm to 5pm. Delivery is available within a two-mile radius of Boundary Stone for an additional $15.00.

Special guests will include brewers and representatives from all competing breweries, as well as local celebrity judges. In addition to selecting the style or barrel type for next year’s competition, the winner will receive a dedicated tap line at Boundary Stone, a special Battle of the Barrel-Aged Beer trophy, and bragging rights until next year’s DC Beer Week!

The seventh annual Battle of the Barrel-Aged Beer is sponsored by General Design Co. and Boundary Stone to support Hook Hall Helps in their efforts to support restaurant workers during the COVID-19 crisis.“